‘La casa de papel’, without a doubt, is one of the great successes of Spanish fiction in recent years (not to say that it is the greatest success). Initially produced by Antena 3, it was broadcast on the Spanish private network during its first two seasons but, seeing the success, Netflix arrived and bought the rights to the Spanish production … leading it to the unprecedented success that it is today, always placing it among the most viewed on the platform worldwide.

Created by Alex Pina, the plot was very simple: a multi-day assault prepared against the National Mint and Stamp Factory in Spain. A mysterious man, known as “The Professor”, is planning the biggest robbery in history. To carry out the ambitious plan, a team of eight people with certain skills is recruited who have nothing to lose …

After its 4th season came the announcement that the fifth would be the last.

We tell you what we know so far about what will be the 5th season of ‘La casa de papel’. And one of the most amazing theories: The Professor is actually a patient in a madhouse, and the whole series is a hallucination.

Since Netflix took over, the speed of recording and production has been increasing. Between seasons 3 and 4, only 9 months have elapsed (3 premiered in July 2019 and this 4th in April 2020), so it is expected that we will see the continuation of our favorite robbers sometime in early 2021, probably in summer.

With the problem of the Coronavirus delaying all national and international productions, the filming has not been easy but it has not already concluded. This is how Álvaro Morte spoke before it.

“They are warning us that it is going to be complicated. It will take longer than normal condition. The security measures are going to hinder the days a lot and I just hope that all this is momentary and that, with a vaccine or whatever, there will come a time when we go back to doing things as before. But not only in the filming, but in our life in general. To me this meeting with someone and giving him the elbow instead of a hug seems terrible to me “

Months later, he himself was the first to say goodbye to The Professor.

The one who has confirmed the total end of the shoot (except, we suppose, some reshoots) has been Úrsula Corberó, with a really emotional gallery of all the moments and companions of the series. Jarana Foverer:

We still do not know what will officially happen in the fifth season, but it is true that season 4 has left a feeling of being a ‘bridge season’ between the third and the fifth, leaving many loose ends:

– What will happen to the Inspector Sierra after becoming a fugitive?

– How is the band going to Bank of Spain?

– What new plans does the Teacher?

– What will happen to the gold?

There are many unknowns to solve, but perhaps the key character of season 5 will be Inspector Sierra and her possible alliance with the Professor … All, yes, with the promise that this will be the season in which the robbery of the Bank of Spain and, in addition, the series. 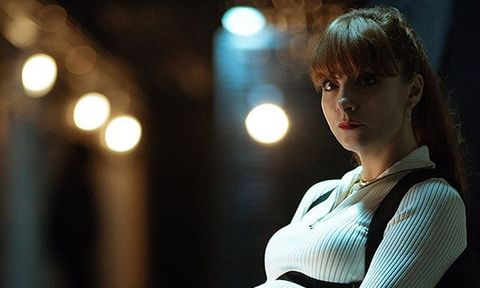 Until now, we will continue to see the vast majority of interpreters in ‘La casa de papel’:

The great news in this regard was revealed on July 31, in which Netflix announced on Twitter that the cast of the series was joined by two well-known faces as Patrick Criado and Miguel Ángel Silvestre. We still do not know what role they will play or which side they will be on, but maybe the red origami that Silvestre holds in the photo is a clue that we will soon stop calling him Duque … to know him by city name.

Season 5 of ‘The paper house’ is going to have to solve many doubts, and fans are already beginning to elaborate theories. One of the most recent is the one that states that Inspector Sierra will go over to the teacher’s side in this new season, and they find support in the end of season 4. Just when Sierra meets with the Professor, the season ends and, in the credits, the ‘Bella Ciao’ sounds. Does it mean something?

But it is that a Reddit user has gone further, and has developed a theory that connects all the elements of the series:

When you watch this series, you come across some absolutely unimaginable scenarios, but every time it seems that the robbers are going to be defeated or caught, there is always a flashback where we can see how the Professor had previously prepared a ridiculously specific escape plan, even for situations that you could not foresee in any way. It is strange, and it does not make any sense, that, in less than 24 hours, no less than three couples are formed between kidnappers and hostages, and they all quickly embark on sexual relations, something that is quite stupid and does not make any sense in a real robbery, unless … this is all a story hallucinated by a mental patient, The Professor.

According to this new theory, everything would be hallucinations of the Professor.

We are talking about a story where, despite being a pretty silly guy, it turns out that The Professor is the leader of a group of super cool people, and where in addition to being super smart, he is also a master in hand-to-hand combat. , and all the women around him are tremendously arousing and it turns out that all of them are sexually attracted to him. Any problems that appear are resolved with an instant flashback deus ex machina, where he explains how he has prepared for that exact scenario. In reality, the house where he does the “training” for his team is actually the madhouse where he is being held, and all the other characters are his cellmates. He makes up this story to survive the prolonged periods of isolation he is subjected to, and imagines that the entire time he is isolated, instead, he is looking at monitors and guiding his team.

For now we do not have a trailer for ‘The paper house season 5’.

For now we do not have images of ‘La casa de papel season 5’.