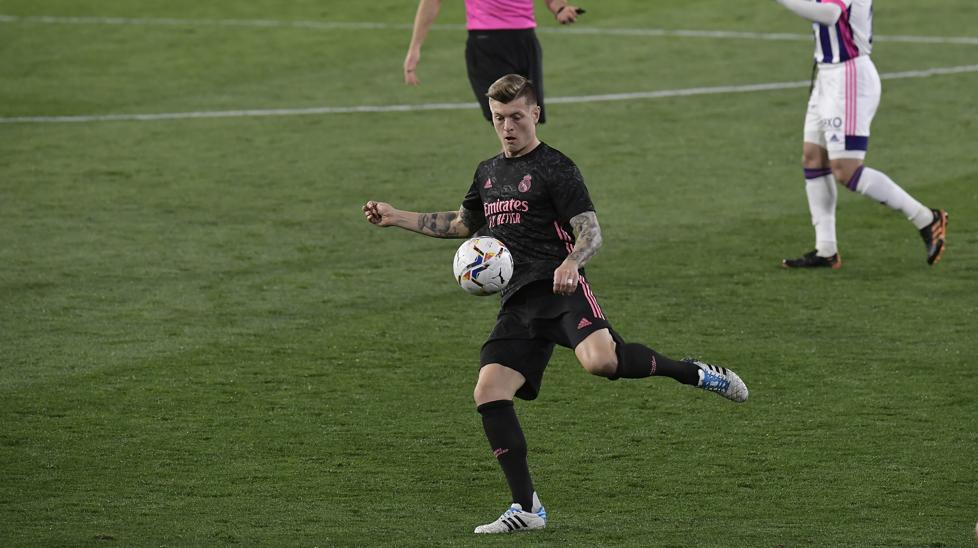 Real Madrid is experiencing a moment of stability in terms of results despite having a very short staff available. Still, those who do are at the command of Zidane, they are responding very well.

It is the case of Toni Kroos, the German, who has five assists on goal in the last five games and is an invisible part of the good results that Real Madrid has achieved in recent weeks.

Next to Modric and Casemiro, Kroos it is Zidane’s most common midfield and, without a doubt, his contributions are still capital. Yesterday against Valladolid (0-1) his was the center that flew to the head of Casemiro for the Brazilian to score the only goal of the match.

Last day, against Valencia, he also offered a pass to Benzema before the Gaul scored and then it was he himself who also wet. The same as against Levante (1-2), when he added another goal pass or against Alavés (1-4) where he added a double this time.

So that, Toni Kroos keep responding to Zidane flawlessly and earning inch by inch a position that, since he arrived in the summer of 2014, he has barely released.