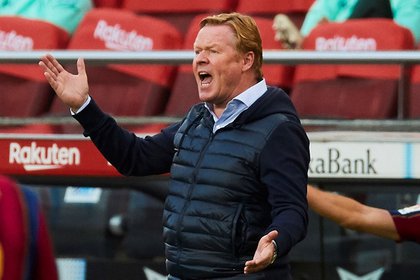 Koeman was very critical at the press conference

The FC Barcelona returned to the ring with a new defeat after the stop for the FIFA dates against Atlético de Madrid. Ronald Koeman’s team fell 1-0 with a goal in which, in addition to Yannick Carrasco, had as protagonists Gerard Piqué and Marc André Ter Stegen.

The Spanish defender was unable to retain the ball in midfield and the archer went very far from his bow to cut a long cross, but the Belgian attacker was able to solve well and defined with the empty goal in what was the only goal of the match at Wanda Metropolitano.

In the subsequent press conference, the Barça coach Ronald Koeman was very critical after that play that took place in the final minutes of the first half. 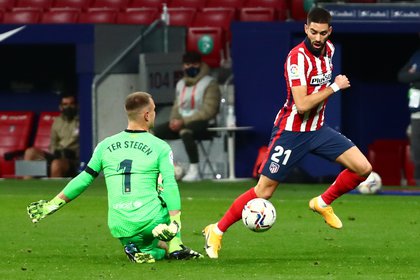 “A team like Barcelona cannot concede a goal in that way as we have done”, acknowledged the Dutchman and added: “We have had a great influence on the game, we played well, we dominated the game although we did not create many opportunities against a team that defends well behind. If you make a mistake, as we have done, it is more difficult to take the victory ”.

At the same time, he was self-critical: “Like any coach I am responsible. We know that we have to improve the results, trust the players, we are working, we have to improve things in defense and attack. I try to put the best equipment that we can have available. The players have done everything to get a good result and so we must continue. I’m not worried about the championship even though we know we need to win games ”.

As for Gerard Piqué’s severe injury, the former coach of the Dutch team remarked that, “I am worried, like any coach, because nowadays there are many injuries on the part of the players due to the calendar we have and in that sense I am worried like any coach ”. 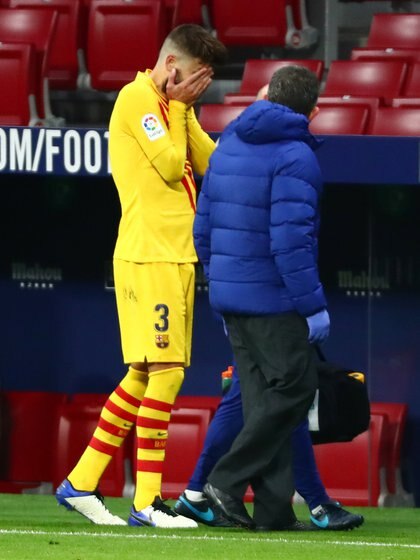 Until now, FC Barcelona has added eleven of the 24 points in this League and is located tenth in the table with one game less than the leader, Real Sociedad with 20 points, 9 more than the culé. As for the Champions League, however, he is first in his group and with one foot in the round of 16.

The most worrying thing is the amount of injuries that the Catalans accumulate. After the extent of the rehabilitation process he is going through was known Ansu Fati (four months), the casualties of Sergio Busquets, Gerard Piqué and Sergi Roberto.

By a blooper from Ter Stegen, Atlético Madrid defeated Barcelona and reached the top of the league

Griezmann’s mentor dismissed his controversial statements about Messi and apologized: “I am solely responsible”