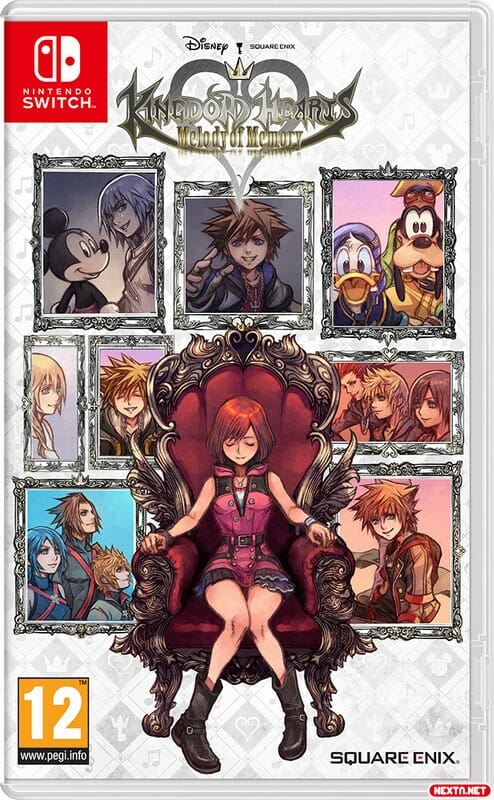 What do you get after a conversation in an elevator? Well, elements of Disney and Final Fantasy end up forming a saga as long and complete as Kingdom Hearts. Thus, after its third numbered title, the time has come to start a new plot, and to anticipate it, now comes Kingdom Hearts: Melody of Memory to PS4 now Nintendo switch, a musical title thanks to which Square Enix and Koch Media invite us to review (almost) each and every one of the events that have occurred in this plot since the first title saw the light in the already more than mythical PlayStation 2. A whole melody of memories that serves to honor the saga of the seeker of darkness!

A chain of memories, hundreds of melodies linked to it

After the events that occurred in Kingdom Hearts III, the time has come to start a new search and for this, Kairi decides to start a journey to the depths of her memories, in order to try to find a clue to help you. With this premise, in Kingdom Hearts: Melody of Memory we embark on a journey through (almost) all the Disney worlds and (almost) all the original worlds that have appeared in the saga to date, but in a totally new way in these games, mixing combats with more than 140 melodies.

In addition, we also have some original content created exclusively for this occasion, which links to the third numbered installment and lays the foundation for what is to come in the future. Now, if we are going to buy Melody of Memory precisely for this content, maybe we should think about not doing it, since it is about something very rare that is located at the end of the title. When we want to realize it, this plot novelty has already ended, before what is the blink of an eye.

If there is something that helps keep everything in order, that is the museum that has been included. But, as in any game worth its salt, this one is not complete from the outset, rather it is the players who must complete it as they progress through the different game modes. Here we have stills of the scenes, collectible cards, artistic images or the views of characters, enemies and keyblades. Thus, this museum is not only dedicated to collecting, but also to memory, and it is precisely all these memories that give meaning to the title. If at some point we miss something, we have nothing more to access this section to be able to remember it over and over again.

Crush enemies with the Keyblade, but at the right time

The gameplay is quite simple, press the right button at the right time, as in any musical game, with the difference that here we are constantly facing enemies. Although in the Theatrhythm Final Fantasy of Nintendo 3DS we saw the enemies in a horizontal plane, in this installment of the Tetsuya Nomura saga we are traveling a path in a 3-dimensional plane where enemies get in our way. In order to get rid of them, we control 3 characters simultaneously, and since they are handled as one, you have to press the A button, the R button or the L button (and sometimes several of these buttons at the same time) to use attacks. normal, the X button to use abilities when we see a crystal and press and hold the B button to float in the air when we see green notes. However, this is not the only gameplay that is presented to us, as there are phases in which a video is observed in the background as our characters float, but also boss fights. In fact, we must highlight these combats, where depending on the successes or failures we make, the characters will perform some actions or others to defeat these antagonists of the saga. And if what we like is variety, there are even 4 character teams, which are also joined by some allies drawn from Disney worlds on some occasions.

In this way, the game has several game modes, the most important of which is “world tour”, the history mode, in which we must unlock the different songs as we move through these memories that Kairi has about Sora and the rest of the characters, but they are also unlocked using the item creation menu. Choosing one of the three difficulties that we are presented with (beginner, normal and expert), we have to complete 3 objectives per melody, in order to progress on a map that takes the Gumi ship as the main vehicle again, and if any of these objectives chokes us, we can resort to various objects to make it easier, such as a certain potion to increase vitality or a certain King Mickey who eliminates all elements equal to or better than Thanos with his famous snap. However, in this story mode the plot of each and every one of them is not reviewed, and it is that the Kingdom Hearts Union Xros, the title for mobile devices has been left aside, although it is fair to say that this game does it is present in the different scenes and cards that we can collect as we accomplish objectives in the game (my favorite is the scene with Luriam and Elrena on the stairs of Albaburg!). There is also no mention of Kingdom Hearts Dark Road, although in this case it was somewhat more predictable, being a more recent title that has only just begun to outline what the story of that young Xehanort will be.

For its part, the rest of the game modes are dedicated to enjoying the songs, but without neglecting being competitive with ourselves and with the rest of the players. The first one we should mention is “topic selection”, which has a very descriptive name. A very positive aspect of this way is that the scores we get on the world tour are also reflected here, so we should not repeat what we have already completed. And precisely an incentive to go through this mode after having completed the main story is that we find exclusive melodies of it, and even some totally different style options that propose us to play in a more simplified way (with a single button) or in a more advanced way (with additional goals to progress).

And if there is something that also adds a certain variety to the way of playing, it is the duels, whether we play in multiplayer mode (local or online) or against the CPU. In this way of playing we must succeed in hitting the enemies in order to launch interference at our opponent, such as the enemies disappearing in front of their noses. Here the main objective is to win to rise in rank and thus become true masters of the keyblade. If we play online, we must bear in mind that all games have a reward, whether we win or lose, because we can get collectible cards, which is an incentive to prevent some players from disconnecting when losing. And regarding the quality of this remote game over the Internet, it must be said that the experience has been quite positive, providing fairly fluid games and allowing us to find rivals in a fairly short time (unlike in other titles available for the console hybrid). And we cannot forget that the Nintendo Switch version has exclusively added the duels “For himself who can”, battle royale where there is only one winner. However, we cannot go into more details about it, as it is exclusive to local multiplayer and we have not had the opportunity to test it.

Finally, it only remains to mention the mode cooperative, where we uncouple the Joy-Con from the console and play by joining forces with a friend (or family member) using a single console. In fact, it is an interesting way to say the least, because you have to follow the rhythm in a different way because the players must be totally synchronized, alternating the keystrokes or pressing at the same time. 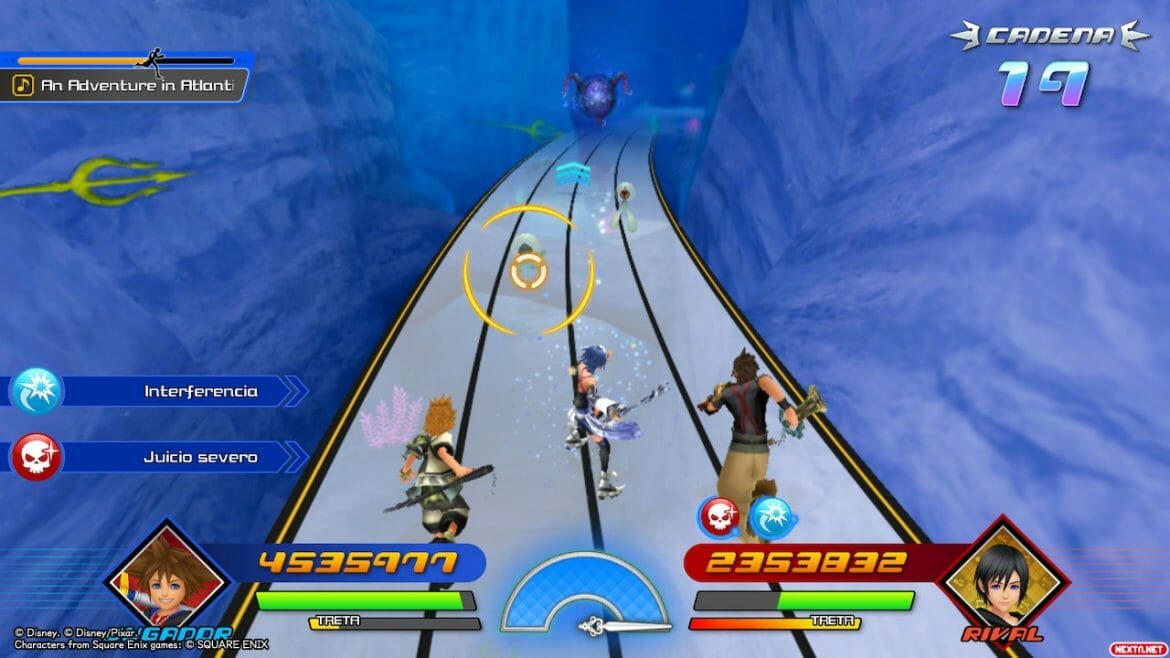 Going to a more technical level, it is time to address elements such as title graphics. In fact, starting with these, we have to say that we cannot expect graphics like those of Kingdom Hearts III, but rather like what we had seen in the portable versions of Brith By Sleep (PSP) or Dream Drop Distance (3DS) . In addition, the videos are taken directly from all the previous games, and since there are many consoles in which there are deliveries, the difference in quality is more than notable, especially in the introductory sequence, where the evolution and improvements that have been implemented since the start of the saga was launched. Does this mean that this is a negative thing? Not much less. We must not forget that the main objective of the story here is to remember (almost) each and every one of the events, so this difference in graphics in the scenes was something more than expected and feasible. 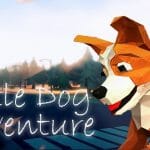 And regarding the soundtrack, we are not going to deny that a great job has been done to deliver to the players all this tribute to Yoko Shimomura and the rest of the composers who have worked throughout all these years. Even so, and being very picky, we can comment that some issues are missed, and it also feels that some of the included melodies could have been omitted, but this is already a much more subjective opinion.

Luckily, this time the same thing that happened with the last title that was launched on Nintendo consoles has not happened, and it has been decided to make a excellent Spanish translation that allows us to move without any problem through the menus, but also through this plot review.

Kingdom Hearts: Melody of Memory is the perfect excuse to review, with a new gameplay, the exciting story of this saga that brings together characters from different franchises and that at times reaches the height of the most convoluted fanfics that we find on the net . In addition, it also has some original plot content, but we must clarify that this is so scarce that, if our main incentive is to know what happens after the events of Kingdom Hearts III, perhaps we should seriously think about whether to get the title or not, then the safest thing is that these brief events are summarized in the next game (chronologically speaking) that is released, as we are accustomed to at Square Enix. Be that as it may, the truth is that we spent a few hours reliving what already happened in a new way (in the saga) in which music takes on all the prominence it deserves and in which the different game modes allow us to have everything type of games (long, short, simple, intense, with friends, etc.). Time to grab the Keyblade with one hand and the baton with the other! 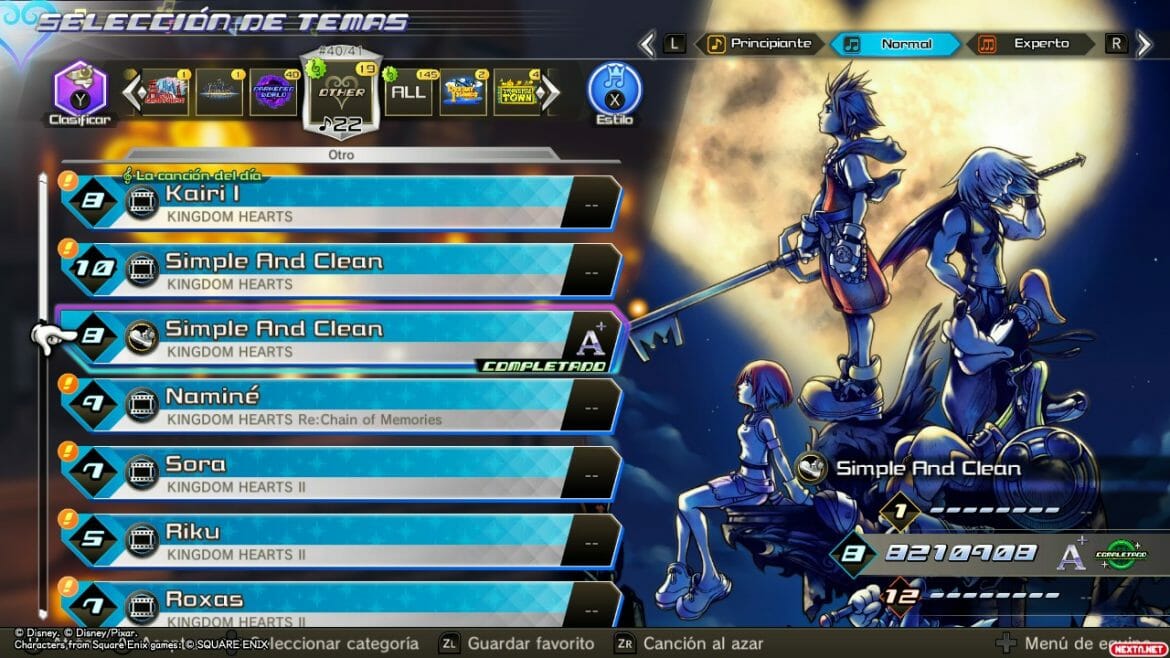 We have analyzed “Kingdom Hearts: Melody of Memory” thanks to a digital code provided by Koch Media Spain. Version analyzed: 1.0.2

The best melodies of Kingdom Hearts

Kingdom Hearts: Melody of Memory is not only a tribute to the entire saga and its soundtrack, but it also presents us with a different gameplay and various game options.

Music finally takes on the prominence it deserves in this saga

It has a different gameplay to that of similar rhythmic titles

We miss the odd playable melody