Insects in general are not very pretty up close, but if we think of spiders, in particular those large and hairy, black widow or tarantula type, which can also be poisonous and potentially dangerous for those who come across them (not those that they make cobwebs in the houses, which are harmless and eliminate other insects), it is inevitable that our hairs will stand on end and instinctively we run away or try to face them with insecticide or flip-flops in hand. Indie developer Casey Donnellan Games explores humanity’s ancient fear a bit and takes it to unsuspected limits with Kill it with Fire, a game of first person action where we will become a professional exterminator with the aim of annihilating those disturbing creatures regardless of the means … or the collateral damage that may be caused. So, nothing, whether with guns, fire, ninja stars, a frying pan of the massive ones and a wide range of weapons, we will dedicate ourselves to chasing and eliminating different spiders of the big and threatening ones, even if we destroy a building in the process … and without any acrimony.

The next March 4 It is the date chosen for this unique FPS without too much scruples towards arachnids to be dropped in the eShop of the Joy-Con console, and will have a 20% discount for those who purchase it in pre-purchase, from now until the aforementioned launch day, so there is a week or so to think about it. To get a better idea of ​​what awaits us in this title, the editor TinyBuild, responsible for having published other titles such as the Hello Neighbor or Graveyard Keeper saga, has published a presentation trailer, where we can see a little of this game in motion : 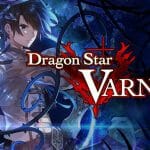