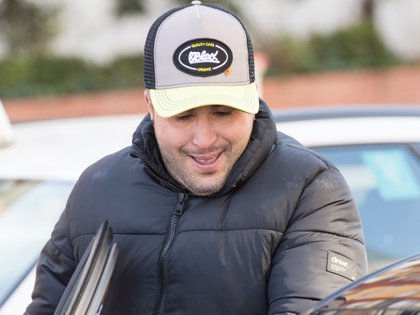 Last weekend was one of the hardest in the life of Kiko Rivera. Devastated, the DJ sat on the set of “Cantora: the poisoned inheritance” and revealed, very hurt, some of the deceptions that Isabel Pantoja would have committed with Paquirri’s inheritance, with the management of the farm that belongs to both and, Mainly, with the personal belongings of his father, Paquirri, whose existence he has hidden from him throughout his life. Some objects that belong to Francisco and Cayetano Rivera and that Kiko has assured that they will fight to get them back.

Despite having the unconditional support of Irene Rosales, his brothers and the Rivera family, Kiko confessed after his last television appearance that he was heartbroken and that he had never felt so alone. However, something clicked in his head and the artist started the week with a clear and optimistic declaration of intent. “New life. New challenges. I will try to make zero tears. And above all, a lot of music that is coming. Have a nice day. I love you soooooo”.

This is the message that Kiko has published on her Instagram account and with which she makes clear her intentions to start from scratch, trying to be happy and facing with strength and winning a future that, at least as far as her profession is concerned , it seems most promising.