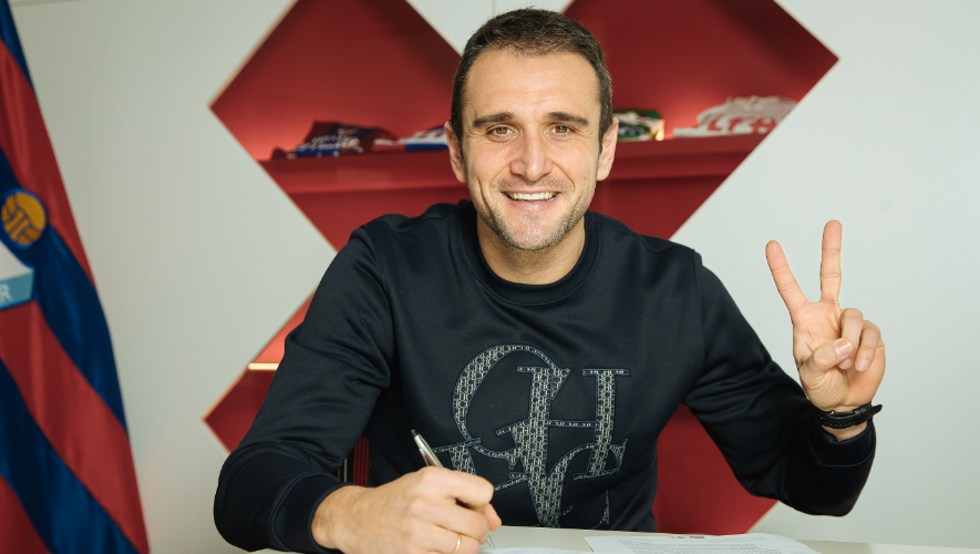 The forward of the Eibar Kike Garcia He said this Thursday that he is “very happy” for having renovated yesterday his contract with the club until 2023, with the option of one more season, since he feels “at home” and identifies “with all the values ​​that the club transmits.”

“It means a lot to me,” he acknowledged the Cuenca player- continue in the project, which since I came is to make Eibar strong to continue in the First Division. After each season, the level rises and it becomes more and more difficult and I believe in this project before and now and for me it is a good responsibility to continue each year contributing my work and my grain of sand to continue in this beautiful category ” .

Kike García highlighted Eibar’s “tranquility“and the fact of” going to work “with the impression that the club” looks like a family “and thanks to that” it is easier “for the player to” get the most out of it “.

The forward of Motilla de Palancar He also pointed out that he is physically “well”, that he appreciates the “trust” that both the coach and his teammates are placing in him and the fact that they are making him feel “important” on the field of play, something that conveys “desire to keep growing and to keep responding “.

Nor does he evade the responsibility that as a veteran has in the process of adaptation of the new players that every year call at Eibar.

“We have a very difficult way of playing for those who come new because they are risky mechanisms and you have to be with high pressure, but once you get the touch of how we play it is easy, but we try to convey to everyone that learning it has a process, an adaptation and we have to make it easy for him. “

By last Kike García pointed out that although for a forward as he is, the goals are important and the team needs them, he believes that José Luis Mendilibar values ​​his “work more“and the fact that his way of playing” supports the team a lot. “

He stressed that Eibar’s objective is always the same and passes by “continuing in the First Division”, which “is a prize for the fans, for the players and for the city”, so they will fight to try “to be how much more possible time in First “.