The development of KIA’s new electric car is ongoing. The new 100% electric crossover from the South Korean manufacturer has been photographed in broad daylight carrying out important tests on the Nürburgring. Some tests that will help to achieve an optimal set-up. It will hit the market in 2021.

KIA It is immersed in a whole series of projects that will be key to its immediate future. The South Korean manufacturer is working in different fields. One of them has to do with the commitment that this brand has been making for electric mobility. A bet that will be raised with the arrival of the first ‘new generation’ electric car. A model that is in development and has been hunted again.

In broad daylight a test sample of KIA’s long-awaited new electric crossover has been photographed. In particular, the sighting has taken place in an idyllic place for any European fan of the automotive world. The Nürburgring layout. This new electric car, whose name we do not know but which is known internally as KIA CV, has had to travel this important circuit. 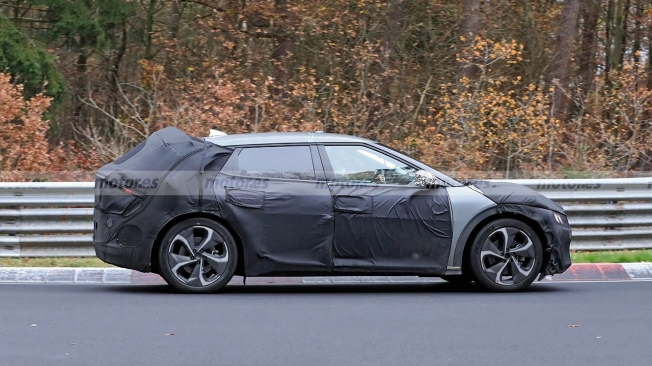 Spy photos of the KIA CV, the expected 100% electric crossover

As can be seen in the spy photos that accompany this article, the evidence was dressed in a considerable amount of camouflage. However, there are details that with the passage of time begin to be glimpsed more clearly. The front light clusters are a clear example of this. Will adopt a
design well differentiated from the rest of the SUVs that make up the KIA range.

It will look more dynamic as well as sporty. It will be the starting gun for a new design philosophy that will be applied to the electric futures developed by the company. It is important to remember that this future model was advanced in its day through the Imagine by KIA, a concept car that debuted last year at the Geneva Motor Show. The KIA Futuron Concept is also being taken as a reference.

It will be supported by the new e-GMP platform, an architecture dedicated exclusively to battery electric cars. At the moment there is not much information about the propulsion system or, especially, about the batteries. It is expected to have a maximum autonomy of 500 kilometers and a charging time of less than 20 minutes using a fast charging point. 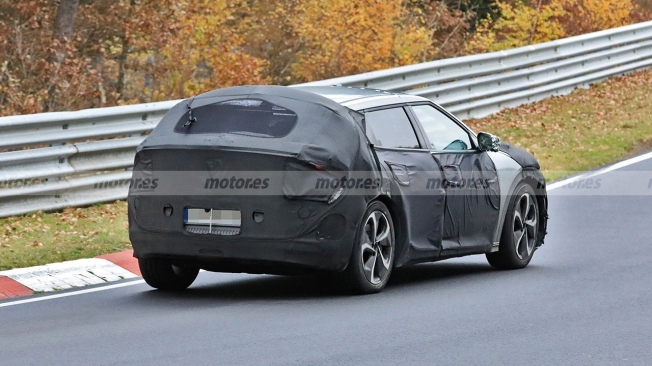 This new electric from KIA is known internally by the CV code. It will arrive in 2021

When will it hit the market? Emilio Herrera himself, Director of Operations for KIA Europe, confirmed at the time that the KIA CV will burst onto the scene sometime next year. Some reports go a step further and specify that the debut in society of this new electric car will take place in the month of April 2021. It will be positioned as a clear rival for models such as the new Volkswagen ID.4 or the Skoda Enyaq iV.