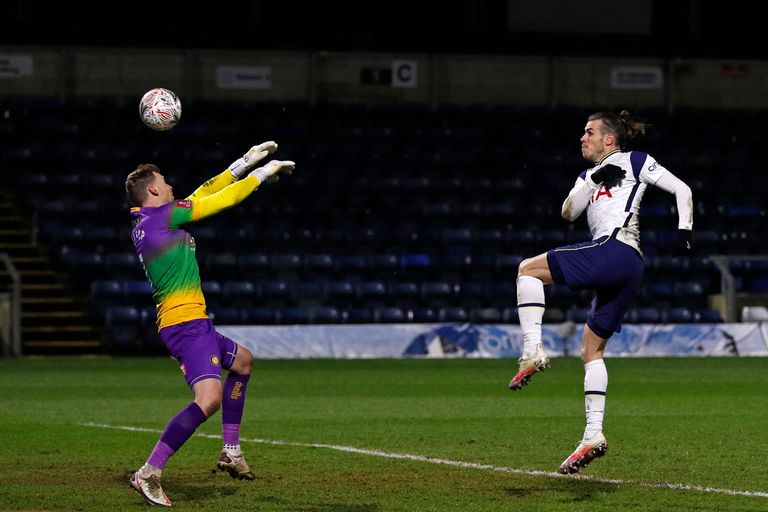 Paris is a paradise for Keylor Navas; London, hell for Gareth Bale. In his second season, the Costa Rican has become one of PSG’s most regular players, to the point that his average score, for the newspaper L’Équipe, is the best in the squad. His stops and the arrival of Mauricio Pochettino have reaffirmed his ownership. Quite the opposite happens to the Welshman in his first year on loan at Tottenham, with whom he played his first full game in a year this Monday. José Mourinho hardly has him. A few days ago a video was released in which the Portuguese coach addressed the visibly angry player. “Do you want to stay here or go to Real Madrid not to play?”

Bale, 31, has gone from more to less. The euphoria with which Spurs fans greeted Bale in September has faded. First it was a knee injury that made him miss the first three games. His debut against West Ham left him marked. Tottenham won (3-0) and with him on the field the match ended in a draw (3-3). An omen of what was to come. Mourinho does not hide his disappointment. His last words were devastating. “Minutes are not something you can give away. We all know the difficulties he had for a couple of seasons; that he arrived injured, that he is a little up and down in small things. The most important thing is that he is consistent in training, that he has high intensity and then he will be ready not to receive minutes, but to earn them, which is different ”.

The coach gave Bale another chance this Monday in the Cup match against Wycombe, second. Finally he played 90 minutes and scored a goal, the equalizer, which opened the comeback (1-4). The last full duel had been on January 4, 2020 (Madrid-Getafe).

So far this season, Bale has only appeared in 13 games (713 minutes) of a possible 31. Nine for headline. Four goals, one per competition. The internal competition (Son, Lucas Moura, Bergwijn, Hojbjerg …) has been able to with his fragile morale, and has been unable to gain a foothold in a system, 4-2-3-1, which seems made to suit him because he could adapt to any of the three positions of the playmaker, behind the indisputable Kane.

In the Premier he has played four of the 18 possible games (10 calls). He only started against West Bromwich and was substituted in the second half. In the other three meetings he entered on the fly. He scored his only goal against Brighton. In the Europa League he has started all six games, but did not finish any. He scored against LASK. When he has been on the pitch, he has occupied the right wing, but his influence on the game has been minimal. Today, the extension of his assignment at Tottenham seems impossible, so it is normal that at the end of the season he returns to Real Madrid, with whom he has a contract in force until 2022.

“Do you want to stay or go to Madrid not to play?”, Mourinho said to the Welshman

Nothing to do with Keylor. In recent years, PSG’s goal had always been in question. Even when the Italian veteran Sirigu was a permanent starter, his performances were questioned. Trapp, Buffon and Areola did not improve the panorama and only with the arrival of Keylor has the uncertainty disappeared. Last year, until his suspension due to the pandemic, he played 21 games, received 18 goals and kept a clean sheet 11 times. At present, the numbers and feelings are even better, despite the fact that he has missed five championship games due to the pandemic, a back injury and three breaks granted by the previous coach, Thomas Tuchel.

In the 16 Ligue 1 games he has only conceded seven goals and 11 times he has cleared the door. Register, in the five major leagues, only at the height of the rojiblanco Oblak, who has played 18 and has received eight with the same intact goals. In the Champions League, Keylor played all six possible matches. He conceded six goals and in two he kept the door closed. His performances against Manchester United were decisive for the qualification for the second round of PSG. His contract lasts until 2023 – he will be 37 years old – and he is currently the sixth highest paid of the squad (11.5 million euros gross).