Kentaro Miura, the creator of Berserk, one of the most beloved and famous manga of all time, died of acute aortic dissection on May 6, 2021, according to the official Berserk Twitter account and the Twitter account of the Young Animal magazine that publishes the manga.

Since she was 10 years old, Miura has been drawing manga. His work was published in his school newspaper, according to Crunchyroll News. When he turned 18, Miura broke into the professional manga industry, as an assistant to George Morikawa, the creator of the boxing manga Hajime no Ippo. Morikawa fired him after seeing that there was nothing left that he could teach Miura, according to Crunchyroll.

Miura created the first prototype issue of Berserk and submitted it to Monthly ComiComi magazine in 1988. The manga won the magazine’s Manga-School award for second place, according to Crunchyroll. After Miura graduated from Nihon University in 1989, the first installment of the revised Berserk was published in Animal House (a magazine that would later be replaced by Young Animal).

Miura worked on Berserk since his early teens and it matured along with him, transforming over the course of 30 years from grim violence to defiant hope. If Berserk is a reflection of its author I’m happy that its characters were able to achieve some contentment before the end. pic.twitter.com/poDXoDYyrF

Followers of the story of a swordsman named Guts, who traveled through his brutal medieval world in search of revenge, rapidly accumulated around the world. The manga was known for balancing gruesome violence and cruelty with touching and beautiful moments from the characters.

The manga has also been adapted to anime several times, beginning in 1997 and 1998, with the most recent anime adaptation released in 2016 and 2017. There are also several video games based on the story.

The release of chapters of the Berserk story had slowed down in recent years, with fans joking that Miura had quit work at Berserk to play the Idolm @ster video game, which he had proven to be a fan of.

The latest chapter of Berserk, chapter 363, was published in the January 2021 issue of Young Animal. The story was not yet finished.

According to CNET, Berserk is one of the most influential manga of all time and has inspired other great work in and outside of manga, from Dark Souls to Demon Slayer.

it’s remarkable that a manga known for its graphic violence is most memorable for the way it addresses love and grief and learning to trust other people in a world that’s apathetic and unforgiving. berserk is special and I’m gutted rn

Fans of the successful creator paid tribute to the late great artist through social networks, after hearing the sad news of his death.

Here you can see some of the comments that Bersek fans gave to Kentaro.

A whole bunch of DRKs gathered in Balmung’s Ul’dah in tribute to Miura tonight, I think there’s a real intersection between fans of FF and fans of Berserk. pic.twitter.com/k0YgKwBjj4

I always say “Berserk helped me through the worst period of my life,” and that’s not hyperbole

being in a shitty, abusive relationship and dead-end job, I didn’t know things could be better

What makes this death hurt is that Berserk IS Miura, I didn’t know the man but I know Berserk very very personally. The story was entirely created by this man, a story where he depicted all of his personal experiences and put his life to paper. pic.twitter.com/wWhSN6ZVHG 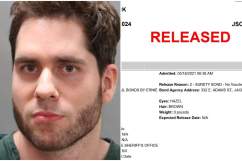 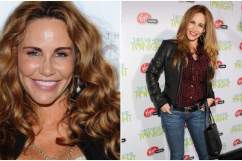 This is the original version of Heavy