Katie Holmes and Emilio Vitolo finished, but they’re still friends, just in case you were wondering, I know yeah. 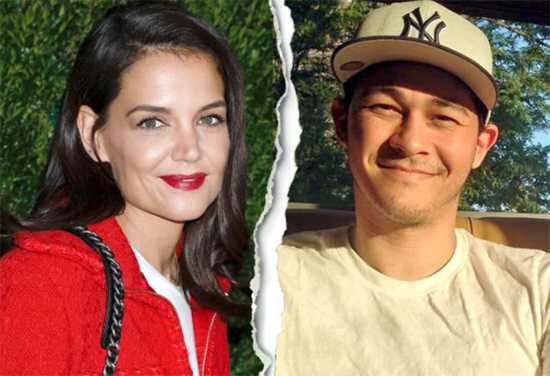 Us Weekly reports that Katie and Emilio have officially broken up, a spokesperson for the 42-year-old actress, noted that “the couple have amicably parted but remain friends.”

The Batman Begins actress and the 33-year-old restaurateur haven’t been seen together in a month while Holmes worked on a romantic movie in Connecticut. Although they broke up, the former couple has no hard feelings.

“Their relationship died down. They realized that they are better off as friends. There is no drama they broke up with, in fact they are still friends, “a source told Us, noting that the breakup was two weeks ago.

“Katie and Emilio really enjoyed their time together, it just didn’t work out. She is focused on being a mom and on her next projects. “

In April it was reported that the couple were taking a space between them. Once they parted ways, they realized that their “different agendas and commitments” did not fit.

“He works in New York in the restaurant business and she is obviously a busy actress who was away filming,” said the insider.

Katie Holmes and Emilio Vitolo were related for the first time in September 2020, although it was said that they had known each other since 2019, they began dating after Emilio dumped his fiancee via text message that summer.

The relationship was going pretty fast, something Katie was told didn’t care because she was ‘super happy and authentic’ and had a crush on him. I mean! They also said that Emilio treated her like a princess.

Emilio Vitolo was Katie Holmes’ first relationship after her break with Jamie Foxx with whom she was 3 years, from 2013 to 2016. Of course, how to forget that Katie was married to Tom Cruise and has a daughter with him.

Anyways, It’s OVER! Katie Holmes and Emilio Vitolo finished. Oh, but how… “they looked so happy together”