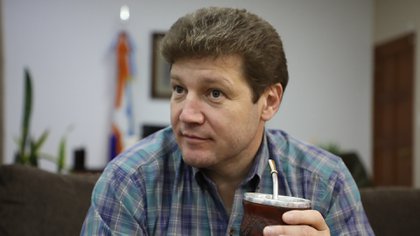 The Rio Grande Examining Magistrate, Raul Sahade, ordered a expertise psychiatric about the governor of Tierra del Fuego, Gustavo Melella, in the case where they accuse the president of sexual abuse. The magistrate ordered this measure after almost two years of having the file without further progress, and in the middle of an investigation that was opened against him for you suspect of having charged for failures and “settlement” of causes.

Sahade ordered a series of measures in the investigation against Melella for allegations of alleged harassment and sexual abuse of three construction workers, in exchange for work, such as . revealed in October 2018. Among them, he ordered this psychiatric study to determine if the Fuegian governor and former mayor of Río Grande “presents a pathology of a sexual nature or symptoms of perversion“Compatible with the facts denounced, as well as”indicators of imbalances or deviations of libido and / or in the area of ​​sexuality “.

The magistrate also summoned the three complainants to testify -Damián Rivas, Alfredo Suasnabar and Mario Lovera-, who still could not complete this procedure, after successive postponements. Sahade set a date for them only for April of next year.

The judge made this decision when he is under investigation by the Tierra del Fuego Magistracy Council for alleged illegal and irregular operations in his Court. In the Province they read this “reactivation” of the case against Melella as a attempt to “seek political protection”.

The magistrate was denounced last October 14 by the Tierra del Fuego Appeals Chamber for allegedly “charging” to fail in a certain sense. He was charged by the chief prosecutor Guillermo Quadrini on October 27 last. His office was raided and he was notified of his rights and guarantees as a defendant, and he had to appoint a defender. 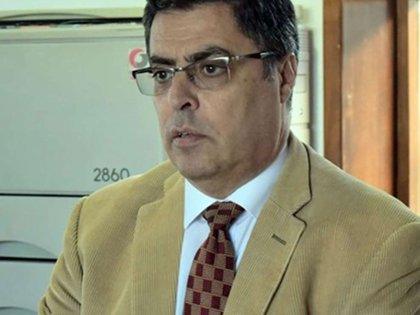 The request for the expertise had been made again by the attorney for the alleged victims, Francisco “Paco” Giménez, after Sahade notified him in another case that is being processed in that same Court that he had ordered the same measure. In this case, the magistrate had ordered it immediately against another defendant after a complaint from the mother of a girl who had been the victim of abuse.

“It is a routine skill that should have been taken in the first moment together with the hijacking of the cell phone, which was not done either. We had already asked him many times to order it, “Giménez told ..

As to the subpoenas to declare the complainants to ratify the abuse and sexual harassment that they denounced, Giménez claimed that they still could not be specified, and that he only summoned them for April. That instance was already suspended three times, first in June 2029, then in March 2020 due to the start of the pandemic, and at the end of last month, because Giménez had COVID-19.

“I am thinking of requesting an expert on behalf of the party, and that the body of Experts of the Supreme Court intervene given the complexity and all the implications that this has had, to guarantee the impartiality and suitability of the expertise “, added the lawyer for the construction workers.

Melella’s lawyer, Francisco Ibarra, agreed that “in cases of sexual abuse, the psychiatric and psychological expertise of the accused is a normal procedure within the investigation“And he added in dialogue with .: “What is strange is that the testimonial statement of the victims is fixed for April. I am asking for the date to be brought forward. We are working remotely on other causes. There is no class of inconvenience for these proceedings ”.

Meanwhile, the spokesman for the Fuegian governor – a former radical K, elected by Concertación Forja and today aligned with the Frente de Todos – stressed that Melella “has been entitled from the beginning” and that “he spontaneously presented himself to justice.” He also highlighted that it is a “political cause”. Although he did not name her, he referred to the former governor and opponent for re-election, Rosana Bertone, who lost the elections last year to Melella.

In dialogue with ., after being elected last year, Melella had rejected the accusations. “It was all part of a political campaign. I do not handle Justice. People know well how it was and who was behind”, He assured at the time.

Melella argued that the allegations of abuse were due to his homosexuality, which he publicly admitted. . contacted two of the three complainants, who ratified the situations of harassment and sexual abuse that they experienced. One of them reported before the judge and this medium, with explicit details, what he experienced when Melella summoned him to his apartment with the promise of giving him a job. He never kept the promise. Two of the complainants continue to live in Tierra del Fuego, they are still of humble condition, and it took them a lot to find work again. The third returned to Formosa, his province of origin.

Work for sexual favors, the demands of a mayor of Tierra del Fuego

“For them to be better, those two have to give me”: the audios that compromise the mayor of Tierra del Fuego accused of abuse

The mayor of Río Grande was charged with sexual abuse

Tierra del Fuego: the governor-elect rejected the accusations of sexual abuse against him