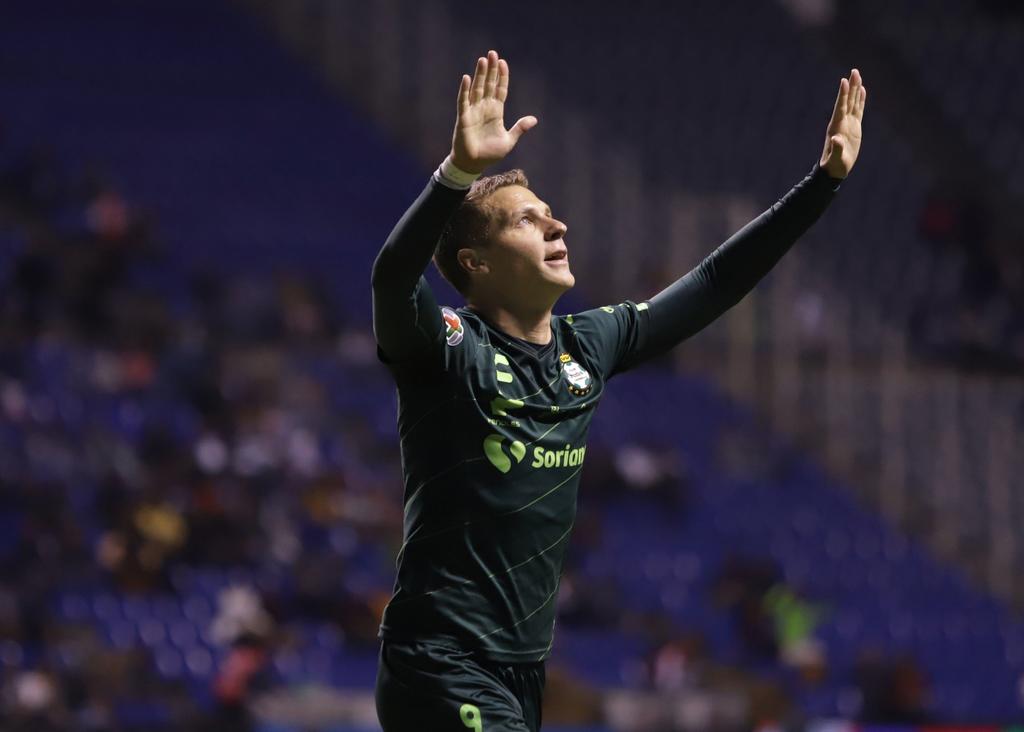 The team of the Warriors of Santos Laguna continues its preparation for the elimination match that they will face next Saturday against Tuzos del Pachuca, in the premiere of the “playoff” of the Guardians 2020.

The footballers commanded by Jorge Guillermo Almada worked yesterday in the alternate fields of the TSM, doing a morning training session in which they reviewed the tactic to use against the Tuzos, defining the ideal scheme to beat a dynamic team that came to Torreón just a few weeks ago to make life difficult for the Warriors.

Today the players will return to practice to continue preparations for this momentous match, in which the winner will remain in contention and the defeated will end their participation in the tournament.

ARE YOU GOING TO THE REDS?

The captain of the team, Julio César Furch, attended the representatives of the media through a virtual press conference, in which he was questioned about the rumor that Diego Cocca, Atlas coach, would have asked Furch as reinforcement for the next tournament, a situation that Julio said he was completely unaware of: “it surprises me, it is something that I have no knowledge of nor is it something I am thinking about, whether to leave or stay, I am focused on what will be our most important match of the tournament and perhaps thinking about that would be later, on vacation or when the tournament ends, “he said.

Furch considered that the pause for the FIFA date was not ideal, but that it should not be an excuse for the Warriors: “we came with a good string of matches, the team looked very good, despite the match against León in which We got three points, the team had looked very good, perhaps the best thing for us was not to stop, but those are the rules. The team has prepared in an excellent way, we have worked a lot and rested, because we came from games with a load of concentration extreme, a few days of rest were very good for us and after preparing the game was nice, a week that worked very well; we might have wanted it to be played the following weekend because of how the team was coming, but I think we are not going to affect neither the stop “.

Julio Furch adds in the tournament;

The Albiverdes are fully concentrated on the weekend game, knowing that it can mean a painful elimination, which they do not want to experience: “it is the most important game we are going to face so far this year, we are focused, totally working With great enthusiasm, the very nice goal of defining the game at home was achieved, that gave us extra motivation and excellent work has been done, perhaps many of the boys had to go to the national team and will be arriving this week, but those of us who stayed We have worked in an excellent way and with great enthusiasm, we are fully confident that we can pass the phase and the importance we give to the game is great, so we have to leave everything, “said Furch.

“Because of how we have been playing the last games, we bring confidence to have won away games, at home as well, important games like Mazatlán to play at home this game. I think the trust that has been generated in the group, in the body technically, in resuming that confidence where at the beginning of the tournament we did not come in a good way. Now that we take this mental impulse it is very good for us, “he added.

Despite the fact that the Santista fans will not be able to be in the Corona stadium for the motivation of the team, Furch considers that the advantage of playing on his court remains: “I think so, throughout the tournament we have only lost one home match, our home is still our strength, that’s why the importance of being able to define this home match. We did everything possible so that it could be given and being at home will give us a small advantage, perhaps there are other courts with advantages such as height or affects the weather, a lot of things that can be made more complicated, we fully trust that with or without people, we will play on the field and that is where we have to respond. We fully trust that we can continue to do in this game, what we have done throughout the tournament, “he advanced.

The naturalization of the Santista forward as a Mexican is a process that continues to excite him, although for more than half a year he has been hampered by a break from the administrative offices: “it is a process that is on hold for the moment, the people of the club who he is helping, he has told me how the process is going and if he is detained, due to the pandemic, visa applications and other things have been delayed, we will continue to wait, the desire is intact, as from the beginning. “