The challenge for Juan Manuel Correa is to get to F1 in the not too distant future. He already tested an F1 Alfa Romeo at the Paul Ricard circuit in August 2019, and the determination of the young American driver is to prepare thoroughly to once again attempt the assault on the highest category of world motorsport.

After more than 20 operations on his legs, last February he got into a car for the first time, also at the Paul Ricard circuit, and has now officially started this season.

“It has been a few days with many sensations. It is to feel like a real pilot again. Although I was testing and I have worked on the simulator, being in official tests with the other 29 drivers who will be my rivals this year, in one of the most competitive categories in world motorsport, is different from everything, “says Correa. “A routine for which I have been preparing for a year, for which I have suffered a lot, but it has been worth it. The sensations have been unique, the greetings of many people, team leaders, riders, with whom I have never competed, but who have transmitted their strength to me. Many sensations on a track where I have participated in both F3 and F2. A huge satisfaction to be here, the fruit of a lot of effort and work, a lot of sacrifice and a lot of pain, but everything is worth it. I know the road is long, but in these tests I have started my career as a pilot again ”.

Correa will race the FIA ​​F3 with ART this season

One of the most important tests that Juan Manuel Correa has done has been to get into a car with the halo. “I have already practiced enough to carry out that maneuver of entering and especially leaving, which in itself is complicated, especially when you come from injuries like mine. In that aspect there has been no problem, it was more the expectation that had aroused than the fact of entering and leaving, which I had already practiced and without problems ”.

Going back to riding on a short track, where there is hardly any rest time, with a short straight, ups and downs, it has not been uphill either, but where he has found that he lacks work has been in the strength of braking. In the F3, he brakes with the left foot, as in practically all modern cars and the American driver is where he has found that he still lacks a bit to be at the highest level.

“The times in F3 are very tight. I finished the last day with the 18th best time combining the two days, with a time of 1’19 ”189 to 0.587 of the best time of the two days, achieved by Collet, which on the one hand leaves me very satisfied to be my first contact with the car that I am going to drive this year, and for another it leaves me with that flavor that it could have been better. Braking is where I lose a lot of time, and that has to make me happy, because we know where to improve. It is a pressure problem when braking. I have to exert more force, but that is gained with the recovery that I am doing. It would have been something else if time wasted when it comes to driving, but I think in that regard I’m still the same as when I left it, and that gives me a lot of confidence. 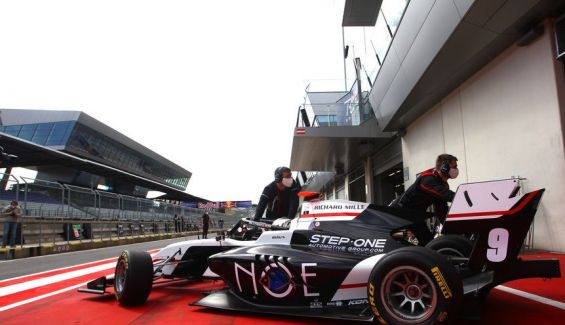 “Riding is like riding a bike, you can improve, but do not forget. There is always room for improvement, but from the beginning I felt comfortable from the driver’s point of view. The references in the braking, the lines, the turning angles, the speed, the constancy in the laps, the way of managing the wheels, all that I keep as before, and what I have to improve is in the braking, which It is where I lose those tenths that separate me from the best time and that reassures me a lot. I am competing against drivers who have returned to driving practically without having gotten out of a car in a whole year, and I have tested that year in the dry dock, so I have to be happy to see myself in the fight, especially knowing where I have to improve ”, says Juan Manuel Correa with great optimism. 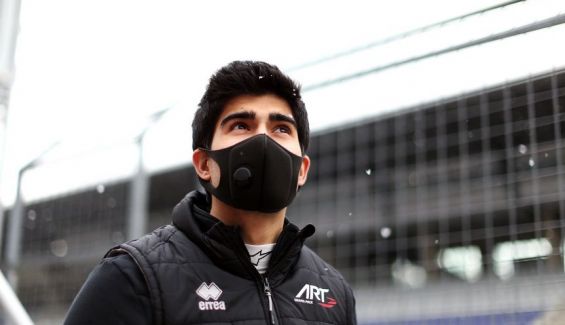 “Now when I return to Barcelona, ​​I have to go back to hard work with the doctors from the team that Xavi Martos has organized for me, to whom I am very grateful for having found a cast of doctors and recovery specialists, who are the ones who are guiding me in this last phase, without which I could not have gotten here in those two days of testing. All the deaf and dark work that we have done in the gym, in the pool, on the machines, under the watchful eye of the best experts, has been reflected in those two days in which I have felt very good and now to prepare ourselves hard for the next tests that will be this month of April at the Montmeló circuit, on the 21st and 22nd ”.

The pandemic forced many things to change in motorsports and the F3 also suffered the consequences. “One of the reasons I chose F3 for my return to racing is because it gave me more room to improve my preparation., since the first races will be in Montmeló with the Spanish GP on the weekend of May 9. Before that date we would have to have disputed six days of tests, but due to the pandemic we have to settle for four, since the tests scheduled in Jerez in March have been moved to May, but I think I will arrive well prepared for the first races. It would have been another thing to start the season in F2 in Bahrain with F1. There I would not have arrived well, and for me this “step backwards” in my sports career is like going back a bit to gain more momentum. Today Collet broke the track record in F3, and without brake problems I know that I am there fighting for the top positions and that is very important for my morale. I was sure of being able to drive at the best level, but until I’m inside the car you don’t see reality, and the team is very happy because they see that it is possible to be among the first. In fact, the three drivers of the team, Vesti, Smolyar and I, are separated by 3 tenths, which means that we will be one of the strongest teams in the championship ”. 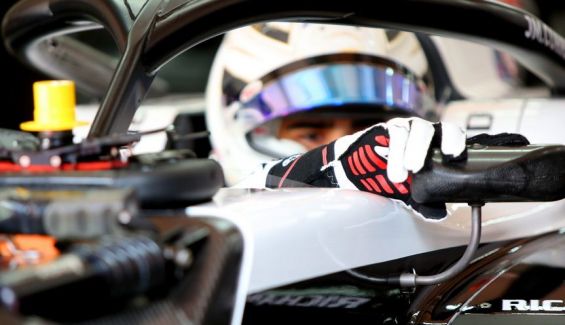 Correa already feels in the cabin at “home”

To sum up, Juan Manuel Correa returns to Barcelona feeling like a top-level rider, something that has never doubted. “581 days have passed since I officially got into a car until Saturday the 3rd is 1 year, 7 months, and 1 day, in between there have been four days of testing with an old car, and feeling strong, eager, moral and above all the ability to fight for the title in F3, is the greatest thing that has happened to me. I am leaving very satisfied and with much more desire to continue preparing to achieve my goal. Definitely be in F1 and to be able to dedicate to Anthoine (Hubert) some good performances, and who knows if a podium or a victory would be like a joint triumph for which I will fight to the point of exhaustion. He carried the memory of Anthoine in his helmet and I want to take him to the top ”, concludes Juan Manuel Correa, who has been in Barcelona since Monday, continuing his recovery. 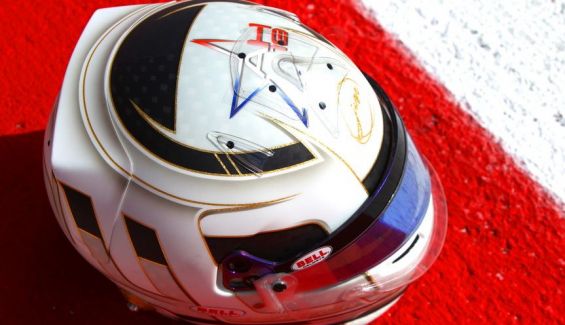 Correa’s helmet carries a memory of his friend Anthoine Hubert