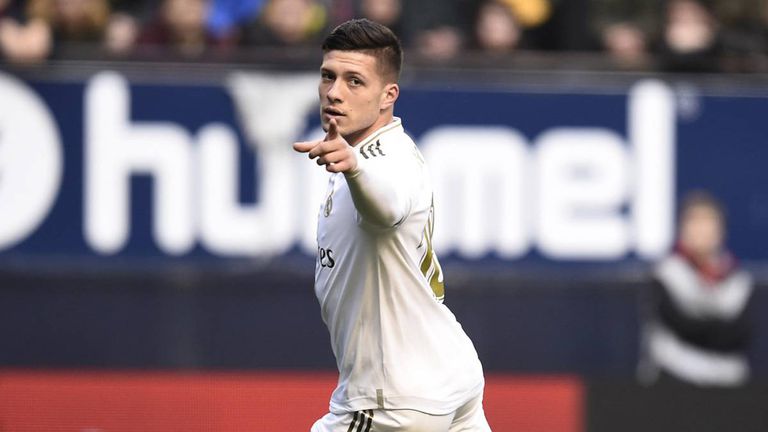 Jovic celebrates a goal for Madrid..

Just a few minutes after Zinedine Zidane’s press conference ended, in the run-up to Real Madrid’s visit to Villarreal this Saturday (16.15, Movistar), the French coach received other bad news after he had expressed during his speech his dissatisfaction with the high load of matches and regretted the injuries caused by international commitments. Luka Jovic, who came from shines with Serbia, has tested positive for coronavirus in the tests that were carried out on the white squad this Friday morning.

In this way, the striker will have to take refuge in quarantine and will surely miss the next two Real Madrid games: this Saturday at La Cerámica and Wednesday against Inter at Giuseppe Meazza. In the note confirming the setback, the club did not specify the state of the Serbian Serbian or the other footballers affected by the virus.

The 22-year-old attacker was one of the many internationals who left the break to play for his national team, with whom he had shone scoring three goals: one against Scotland and two against Russia, in addition to distributing an assist. His positive is added to those that transcended before the international break, with the cases of Eder Militao, Eden Hazard and Carlos Casemiro, all of them already recovered.

In this way, the French coach remains for the moment with Mariano as the only natural substitute for Karim Benzema at the top of the attack, although the French forward is always the first option and Jovic had not had too many opportunities; in fact, he had only played seven minutes in Madrid’s last five games. Before, he had only participated briefly against Cádiz (12 ′) and formed in the starting eleven against Shakhtar (59 ′).