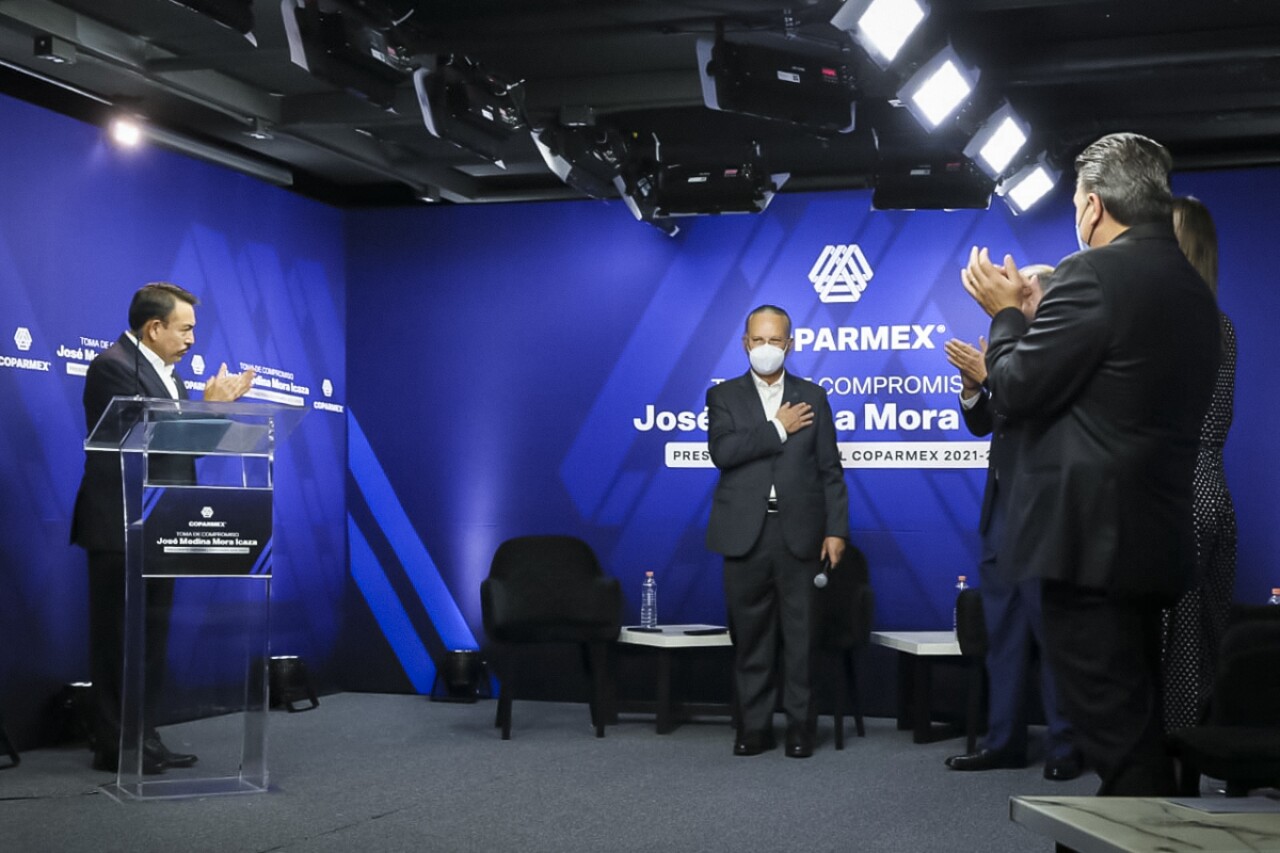 To the Ministry of Economy, Mora Icaza mentioned, they offer collaboration to achieve economic and employment reactivation. To the Ministry of Labor, the commitment to continue promoting the increase in the minimum wage.

“We must find in these consensuses that subcontracting is regulated and allowed. In such a way that we achieve two objectives: respect all the rights of the workers, but at the same time preserve the competitiveness that we require as a country ”, he commented.

The second axis is investment and dialogue with private initiative. In the next five years, he assured, more than 15 trillion dollars will be generated in new ventures globally. It is a figure equivalent to 13 times the Gross Domestic Product (GDP) of Mexico.

“It is enough for us to generate and / or attract a part of these investments because the company is a vehicle to transform the country,” added Arturo Zapata, president of Corporación Zapata and representative of the large partner companies of Coparmex.

The third axis is the generation of more jobs. Mora Icaza warned that at the current rate it takes eight more months to recover the one million jobs lost in five months due to the pandemic. Without considering the other million jobs that had to be created to include young people entering working life.

According to Zapata, Mexico has the potential to double its qualified manufacturing and service jobs over the next 10 years, since over three decades, it has consolidated itself as the center of quality manufacturing par excellence, coupled with its geographic location. But this requires new investment and support so that there are more inclusive companies in the country. That innovation, creativity and entrepreneurship be promoted from all fronts to achieve inclusive economic development.

The fourth axis is to develop a strategy for the generation of clean energy. “This would have a positive impact on the well-being of Mexicans. Less air and noise pollution. The natural resources that the country has, such as its beaches, coastlines and almost infinite potential for generating clean energy, potentially places us as the greatest beneficiary, ”said Zapata.

The government has just started a battle against this sector that has even led to a halt to the permits it grants to companies in this industry.

And finally that there is unity with society. The president of Coparmex praised the importance of taking care of each other, and that the person is at the center of decision-making.

Therefore, it advises companies to continue operating remotely where possible.

“We call on the authorities to help us in this awareness. Above all, that preventive measures are applied in public spaces such as street markets, street vendors, public transport and markets, ”he said. “Before we thought that the country’s economic growth was enough. Today we know that social development requires accompanying the economic one ”, concluded Mora Icaza.