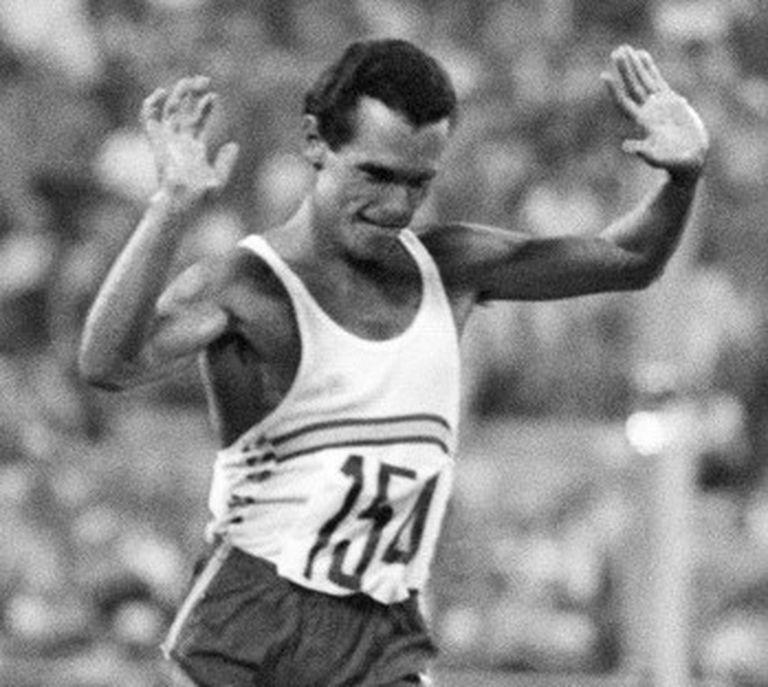 Jordi Llopart, who in the 1980 Moscow Olympic Games achieved silver in the 50-kilometer walk – the first medal for Spanish athletics in the Olympic Games – and was the European distance champion in Prague 1978, died this Tuesday at 68 years, as reported on social networks by Ramón Cid, former technical director of the Royal Spanish Athletics Federation. Llopart, pioneer of the Spanish march together with Josep Marín, was born on May 5, 1952 in El Prat de Llobregat (Barcelona). He competed in three editions of the Olympic Games: Moscow 80, Los Angeles 84 and Seoul 88. He was also a technical health assistant (1970-74), graduated in Tourism and studied Graphic Arts officer. He worked as an administrative assistant in the Finance Office of the Prat de Llobregat City Council (1976-83), where he was on leave of absence during his time dedicated to athletics.

He was always a member of the La Seda Cultural Sports Group and his coach was his father, Moises Llopart, except for the two stages in which the Polish Jerzy Hausleberg led him in Mexico. He began athletics in 1965, initially in cross country events. In 1976 he was proclaimed champion of Spain for the first time in the 20 kilometer race on the track and two years later he scored his first national title of the 50 kilometers, which he revalidated in the 1979, 1981, 1985, 1986, 1989 1990 editions and 1991. In this last distance he was national record holder both on track and on route, which he achieved on May 28, 1981 in the Norwegian town of Bergen and which was also a European record.

At the 1980 Moscow event he won silver in the 50-kilometer march. It was the first time that a Spanish athlete was on the podium at an Olympic event. In Los Angeles ’84 it was seventh, and in Seoul ’88, thirteenth. He also participated in three World Cups, always in the 50-kilometer march. It was in Helsinki’83, Rome’87 and Tokyo’91, with discreet results. He took part in four European Championships, between 1978 and 1990, and won gold on September 2, 1978 in Prague -first gold medal for a Spanish athlete-, sixth place in Athens 82 and ninth in Stuttgart’86 . In addition, he played thirteen World Cups (1973-91).

He retired from the competition after the fourth position in the Spanish Marching Championship, in March 1992 in Badalona, ​​which left him out of the Olympic team for Barcelona 92. He then began his time as a coach, in which he had as pupils to Daniel Plaza – Olympic champion in Barcelona 92 ​​-, Basilio Labrador, Jesús Ángel García Bragado – 1993 world champion and runner-up in 1997 and 2001 – Teresa Linares, the Polish nationalized Spanish Beata Betlej and several Japanese marchers.

In addition, he was president of the Catalan Association of Athletes Against Drugs and since January 1993 advisor to the Spanish Federation in the walking category, an organization in which he was the women’s national coach in the 1990s. Between November 2005 and November 2008, he was technical secretary to the athletics section of FC Barcelona. On this last date, he was hired as technical coordinator by Mexico, through Hausleberg, to empower its walkers for the 2008-2012 Olympic cycle.

After this experience, which ended in December 2012, he was unemployed and since then suffered economic hardships, receiving unemployment benefit of 426 euros and temporary help that the Spanish Olympic Committee gave him through a program for athletes, as well such as the one received by the Sant Cugat High Performance Center and the Calella City Council.

Very bad news. Jordi Llopart has passed away. Pioneer and great among the greats. A hug to all your people. D.E.P.

For a few months in 2015 he worked as a Fitwalking (walking for health) advisor at the Spanish nutrition company Bluebonnet. In addition, in 2011 in Canet de Mar he created the “School to walk”. Also, since 2015 he was technical advisor to the Japanese marching team. He was in possession of the “Ya de oro” for human values ​​of 1980, the gold badge of the Spanish Athletics Federation (1993), the silver medal of the Royal Order of Sports Merit (1994) and the Order IOC Olympic (2000).

He was married in a second nuptials to former Lithuanian marcher Sonata Milusaiskaite, whom he also trained and with whom he has had two daughters (Karina and Victoria). In December 1979 he had married María del Carmen, with whom he had two daughters. The walker Diego García, European runner-up of the 20 km march, affirms on social networks that “it all started with Jordi Llopart”. “If today some of us can dedicate ourselves to this it is, to a large extent, because Jordi paved the way for the Spanish march.” For the president of the RFEA, Raúl Chapado, the death of Llopart is “painful and terrible news.” Ramón Cid himself assures that Jordi Llopart was a “pioneer and great among the greats”.

40 years ago, we cried with joy. For the first time, thanks to you, we were on an Olympic podium.

Today we cry of sadness.

You will always be a legend of Spanish athletics 🇪🇸 pic.twitter.com/lPFgNR9xcm