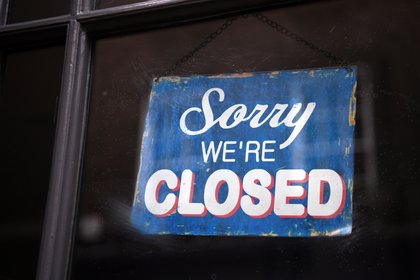 Image of a closed shop in London’s Soho. British Prime Minister Boris Johnson will announce on Monday a gradual de-escalation of restrictions against the pandemic in England. . / EPA / ANDY RAIN

London, Feb 21 . .- British Prime Minister Boris Johnson will announce this Monday a gradual de-escalation of restrictions against the pandemic in England whose progress will depend at each step on the effectiveness of the vaccination program to reduce hospitalizations and deaths.
Johnson will discuss this roadmap with his cabinet in the morning, based on the latest data available on the evolution of the virus, and will present it later in Parliament – around 15:30 GMT – and at a press conference, advanced in a statement his official Downing Street office.
The first step of that plan will be taken on March 8, as confirmed by the Government, which has already expressed that it hopes to begin reopening English schools on that date.
“I am going to establish a roadmap that will get us out of lockdown with caution. Our priority has always been getting children back to school, something we know is crucial for their education as well as for their mental and physical health,” Johnson said .
His plan to relax restrictions will seek to balance “health, economic and social factors,” Downing Street said.
Although no further details have been advanced about the de-escalation stages, the Executive has indicated that “in outdoor spaces there are fewer risks than indoors”, so that it will be the activities abroad that will be the first allowed.
To judge at all times if the conditions are met to take another step in the de-escalation, the Government has established four criteria.
It will be verified that the vaccination “continues with success” and that the injections “are sufficiently effective to reduce hospitalizations and deaths”.
Also that “infection rates do not threaten an increase in hospitalizations that puts unsustainable pressure on the public system” and that eventual new SARS-CoV-2 variants do not put the immunity acquired with vaccines at risk.
“Our decisions will be made based on the latest data available at each step, and we will be careful not to backtrack on the progress we have made so far with the sacrifices that each and every one of you have made,” said the prime minister.
Deaths from coronavirus have fallen by 27.4% in the last seven days, according to official figures published this Sunday, when 215 new deaths and 9,834 infections were registered.
So far, 17.58 million doses of some of the covid-19 vaccines have been administered, while 615,148 people in the UK have already received the two mandatory injections for now.
Johnson assured this Sunday that the advancement of the immunization program will allow all adults in the country to have received an invitation to be vaccinated before the end of July.
This calendar advances by two months the forecasts made up to now by the Government, which also hopes that by April 15 those over 50 may also have received a dose.