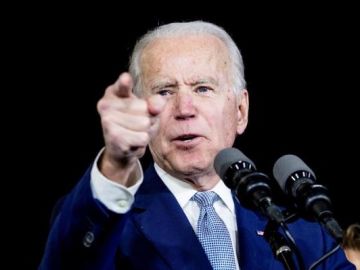 The lock after elections in USA 2020 persists due to the refusal of Donald trump to accept the victory of the Democratic candidate Joe biden. The president-elect of the United States has warned that this blockade of the Republican candidate could have lethal consequences, causing more deaths from coronavirus if his teams do not coordinate to contain the pandemic and effectively distribute a vaccine.

“More people could die if we do not coordinate,” warned Biden when asked what is the greatest threat derived from Trump’s refusal to recognize his victory in the United States elections, during a press conference in Wilmington (Delaware).

Joe Biden issued this warning hours after Modern Pharma announced the effectiveness of its coronavirus vaccine. The democrat has assured that not only the vaccine is necessary but also a solid plan so that this vaccine reaches the entire US population.

The former Obama vice president was thus more frustrated than last week with respect to the Trump blockade, which refuses to acknowledge his victory and has caused an unprecedented situation in which the president-elect does not have access to information and resources of the federal agencies.

“I am confident that the president will be slightly wiser before we get to January,” said Biden, insisting however that Trump’s obstruction is not as “debilitating” as it seems for his preparation as president-elect.

Trump still shows no sign of a change in posture

Donald Trump, far from giving evidence of a change in position, has once again proclaimed on Twitter that he had “won” the US presidential elections despite the fact that Biden has far exceeded the 270 votes he needs in the Electoral College to prevail, according to the projections of the main media.

The president also questioned the validity of the manual recount taking place in the state of Georgia, where Biden won by just 14,000 votes, despite the fact that the Republican campaign itself requested that this procedure be implemented to confirm the result.

For his part, more and more Republican voices are declaring that Biden should have access to intelligence information, Trump’s own national security adviser in the White House, Robert O’Brien, hinted that he is aware of the defeat.

“If the Biden-Harris duo is determined to be the winner – obviously things are looking like this now – we will have a very professional transition on the National Security Council,” O’Brien said during an appearance before the Global Security Forum. .

Biden warns of a “very dark winter” in the economic field

Joe Biden warned that the rebound of the pandemic in the United States is very serious and the country awaits “a very dark winter” in terms of the incidence of the coronavirus, which in addition to public health, can affect its economic recovery. The president-elect insisted that the economic impact of the pandemic could cause many more businesses to close in the coming months and urged Congress to approve a new stimulus package like the one that the Lower House approved six months ago, valued at 3 trillion dollars. Dollars.