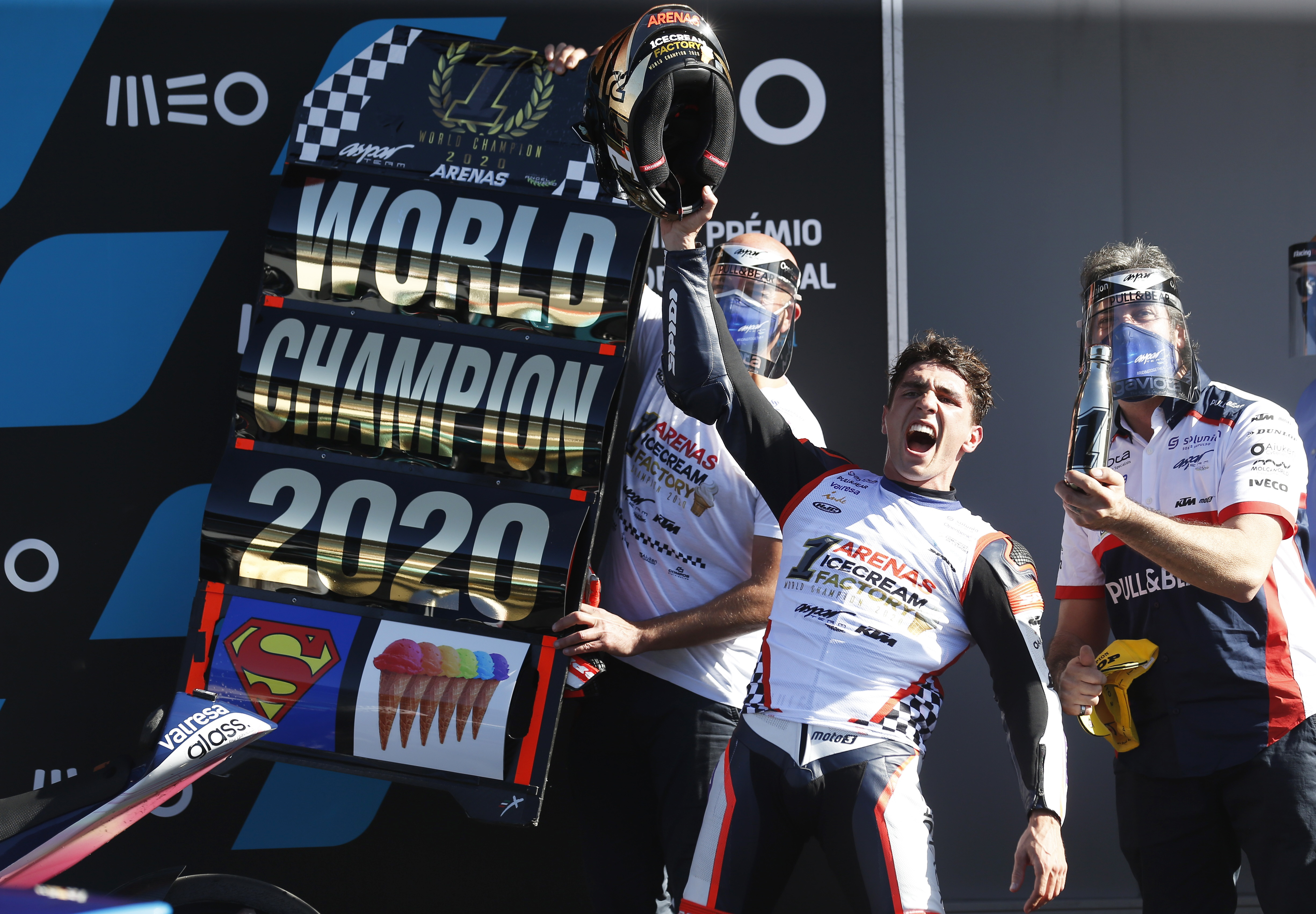 When Joan Mir (Palma, 23 years old) decided that he wanted to ride a motorcycle, he enrolled in the school that Chicho Lorenzo had just set up in Mallorca. Of course, things were not as clear then as now. And to Chicho, who had carved a champion like his son Jorge with great care and a heavy hand (five world titles), it seemed that he was taking it all as a joke. Cheerful and resolute, the new MotoGP king did not hold his tongue this Sunday: “At nine you cannot ask a child to take everything seriously. At that time, I didn’t even know what I wanted, ”replied the boy, recently proclaimed world champion at the Ricardo Tormo de Cheste circuit.

With the same courage with which he takes criticism, Mir faces the races. That is why he has ended up putting the crown in only his second year in the category and in a season in which none of the favorites was up to the task – not Dovizioso, not Viñales, not Rossi, not even Quartararo, winner of the first two great prizes – especially since a long-term injury wiped the dominator of the category, Marc Márquez, off the map after a crash in the first race of the course.

Mir, who has not been the fastest rider in absolute terms, who has not scored a pole, has been the most consistent in the race and the one who has missed the least — he counts a zero from Jerez, the first race, and another Brno’s third – especially since he managed to get on the podium in Austria. A few weeks later, after an incredible comeback and an irreverent overtaking of Rossi on the last lap at Misano, he began to believe himself capable of winning races every weekend. True, he did not achieve it until last week, also in Valencia, but the seven podiums accumulated in the last 10 appointments speak of his mental strength and how well he has managed the Grand Prix.

The one in Palma stands out for its personality and mental strength, also for its dedication – “I’m the one who works the most,” he says; “I have to force him to rest,” said Alejandra, her partner – and because of how quickly he learns. It was never in his plan to fight for the title so early, but he has been able to seize the opportunity. To the learning made last year in his debut, he has added the evolution of this year, in which he has imposed constancy in the face of explosiveness. “We realized last year that Mir had the knack of going very fast on one lap, but he destroyed the tires in two laps. We set ourselves the goal of working on tire management and on the search for consistency, without losing speed, ”explains Frankie Carchedi, its technical manager. “Now we have the two Mir, the one who knows how to take care of the tires for the end of the race and the aggressive one, who knows how to come back,” he adds.

The consistency and reliability of the Suzuki, which has also gained a bit of top speed this year, have done the rest. That and the instability of Yamaha, the bike that has accumulated the most victories – three from Morbidelli, winner this Sunday; three from Quartararo, and one from Viñales—, the most irregular depending on the circuit or track conditions, because beyond its reliability problem with the engines, it shows terrible performance when there is little grip.

Mir’s triumph confirms that there is already a new dominant generation in MotoGP: Lorenzo and Pedrosa retired, Dovizioso defeated, who prefers a sabbatical rather than continuing with Ducati, with Crutchlow’s goodbye and Rossi’s only continuity —41 years, nor a victory since 2017, a podium in 2020—, it is the generation of confined Marc Márquez who is in charge in MotoGP: the average age of the top five is 23 and a half years. Mir’s age.

The season, strange as ever, has given birth to nine different winners —Mir was the ninth. Winner in special circumstances, after 13 great prizes – the 14th will be this week in Portimão – held in just five months and with five weeks off from July to December.

A physical stress – it has been for Márquez and Crutchlow, also for Rins, with injuries that marked the year of the three – and mental that has pushed the drivers to the limit. There is no better example than listening to Viñales – “this year has been a nightmare,” he said – or to Quartararo. The fear of being infected or being forced to serve a quarantine has made the last weeks of competition difficult. Mir himself confessed to being gripped by panic at the COVID. He did not return home to Andorra without his partner, Alejandra, having a negative CRP. A fear that became untenable even for the Suzuki team, whose members confessed to having been eating in isolation to avoid surprises.

But the only surprise came from them, one of the more modest teams, 20 years after Kenny Roberts Jr. won the last title for Hamamatsu in a season marked by rain. That was the but that was put to the Californian in the same way that today Mir is asked about the fact of winning without facing Marc Márquez, winner of six of the last seven championships. And in the same way that he responds to Chicho Lorenzo Mir answers to the critics: “Marc is not here and not because he was kidnapped. He was here, in Jerez, took risks and had an injury that cost him the season ”, he resolved. In defense of a title that, he says, he has achieved with as many merits as any other.

“He was very nervous, but he didn’t show it”

If Joan Mir has surprised this course for something, especially in recent weeks, when so many fingers pointed to him as the favorite, as the man to beat, it has been because of his apparent calm. Restless ass, it is nevertheless all head in competition. That allowed him to sentence the championship in Valencia, at the first opportunity, with a race without fanfare in which he finished seventh and a week before the curtain falls on this stressful season. “I was very nervous, I had a lot of pressure. But it didn’t show it. I learned that by watching you, “he said, by Zoom, to Jorge Lorenzo, another Majorcan champion like him who sneaked into the press conference of the new champion to congratulate him:” It is incredible how you have kept calm and how you have managed the pressure ”, said the ex of Yamaha. Although nervous, Joan knew how to control the beats: “You have always been a reference for me, because of the serenity you had running and because of that strong mentality that you showed,” the new champion replied. Mir, who made his World Cup debut just five years ago, has shown superb adaptability in all categories. Moto3 champion in 2017, he signed with Suzuki when he had only been in Moto2 for a few months. During his career he has competed with KTM, with Honda, with Kalex … “This is the first year that I ride with the same bike as the previous year,” he said. “I think that has accelerated my maturation process.”