The richest man in the world will go into space on July 20, ushering in the era of space tourism powered by billionaires.

Jeff Bezos became the richest man in the world in 2017, when Forbes called him the first person to accumulate more than 100 billion dollars. Although the 57-year-old businessman founded Amazon in 1994 As an online book store, it wasn’t until the early years of the 21st century that its fortune grew exponentially.

CD’s, DVD’s, and electronic gadgets were added to the book catalog, which made Amazon the most valuable company in the world and from the perspective of the US Congress, a monopoly that exercises a dominant position in the market.

As Bezos’ fortune grew like no other, the billionaire secretly ventured into the aerospace industry. In 2003, the accelerated purchase of land in Texas in the name of the tycoon revealed the existence of Blue origin, one of the first private companies dedicated to aerospace transportation.

18 years after the reveal and after a life overshadowed by SpaceX’s media presence, Blue Origin is preparing to complete its first space flight with three passengers: Jeff Bezos, his brother Mark and a third seat that is being auctioned, whose highest bid currently reaches $ 3.8 million.

The announcement was made by Jeff Bezos himself with a video on his official Instagram account, accompanied by a short text where he explains that it is a “dream” for him since he was five years old.

The plan is to show the might of New Shepard, a suborbital and reusable 18 meter high spacecraft, developed by Blue Origin to start its space tourism business.

On the morning of July 20, the rocket will be launched from somewhere in Texas to Kármán line, the limit stipulated by the International Aeronautical Federation that marks the end of the atmosphere and the beginning of outer space, set at 100 kilometers above sea level.

From this perspective, the Bezos brothers and their millionaire companion will be able to experience the zero gravity for three minutes, in addition to observing the curvature of our planet and the halo that marks the end of the atmosphere contrasted with the darkness of space, an experience until now only accessible to a handful of astronauts (less than 600) since the beginning of space travel. 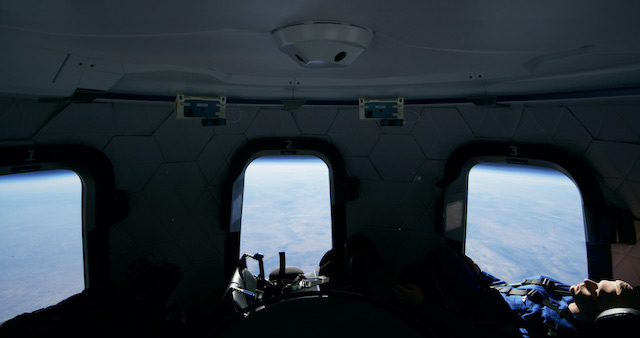 The launch brings with it a calculated risk. At the same time that Jeff Bezos aims to show that his company offers completely safe trips to stay ahead of Spacex Y Virgin galactic (which made a suborbital flight reaching 90 kilometers in height at the beginning of June), a media departure flag for the space tourism developed by private companies, a journey within the reach of very few.

NASA to launch 128 squid and 5,000 tardigrades into space next week