Neida sandoval He apologized to his audience because following the unexpected death of Edna schmidt many have wanted to see the interview he conducted with the Puerto Rican. And this was the last conversation he had with the former Univision journalist. However, the material is no longer available on his YouTube channel, because Edna asked him to remove it. After his death this request became his last will. And Sandoval has delivered.

“Apologies: Yesterday when the sad news of the death of my dear friend and colleague Edna Schmidt was released, many of you wrote to me because you wanted to see again the last complete interview of Edna that I published on my YouTube channel a couple of years ago. months and they can’t find it … The reason is that I had to remove it because Edna asked me to do so a few days ago and I must respect her last will, ”Sandoval said.

For her part, Neida Sandoval recounted how Enda called her to ask her to withdraw the interview: “Edna called me and personally asked me to remove our interview from my channel because she wanted to go back to work and considered that her image was not the best during our conversation, so I immediately removed it from my channel. “

She adds: “Without a doubt Edna loved life and dreamed of resuming her great passion of being in front of television cameras… I love you Edna… Rest in peace friend 🙏💔😞 Impossible to forget you”.

Javier Ceriani seems to have ignored this situation and shared the conversation between the two journalists on their social networks. Given this, there are many insults that the Argentine is adding. His followers are asking him for respect, calling him a “clown” and demanding that he allow Edna’s last will to be carried out. 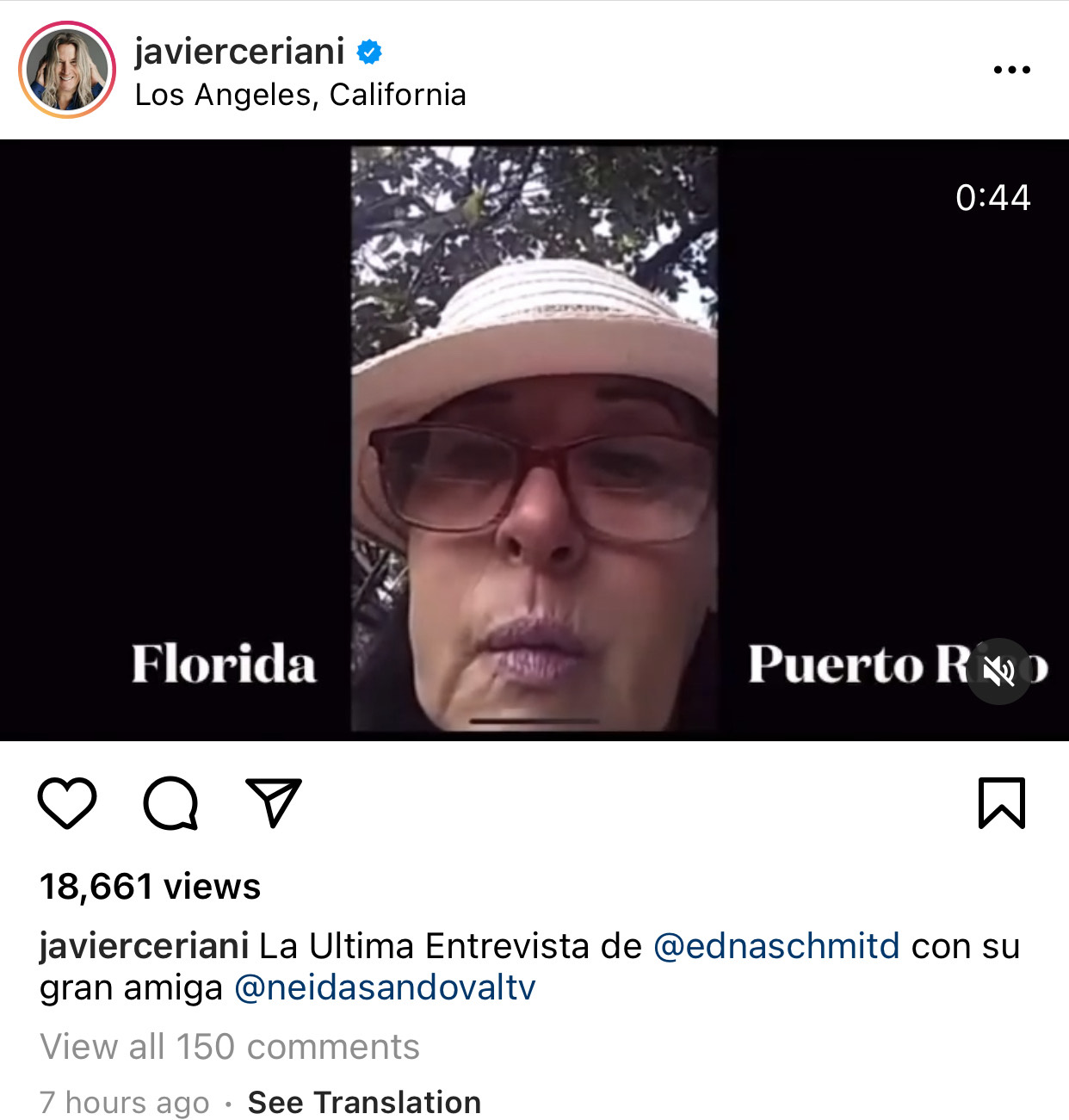