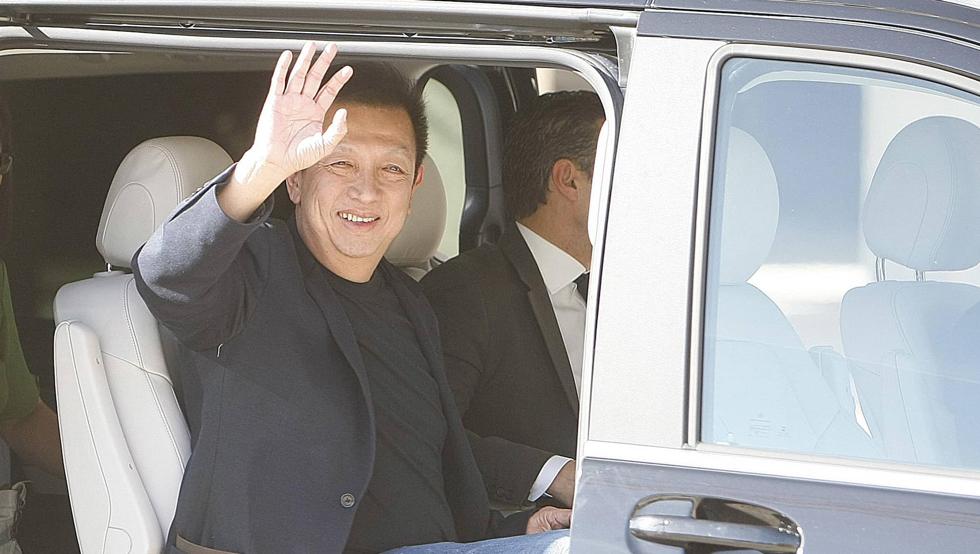 Seven months after his arrival at Valencia, coach Javi Gracia still has not exchanged a single word with Peter Lim, Valencia’s main shareholder and now it is not so clear that he wants to do so. Asked this Friday if he would like to chat with him since President Anil Murthy is in Singapore and that could make things easier, the Navarrese coach avoided answering and took refuge in that no one has told him what is going to happen.

“They have not transmitted anything different to me,” he said. But ‘Would you like it?’ he was insisted. “I don’t know what’s going to happen,” was his laconic reply.

It was, said the coach, “a short call, by phone, showing interest in how the team was doing and nothing else,” which does not make him think that he is more questioned than a week ago by the defeat against Real Madrid.

“My situation is no different, we come from a bad result and a bad game and that keeps you more concerned about the situation but the day to day does not change,” Gracia said.

“I do not contemplate another option that is not to win on Saturday so I do not make other assessments,” said the coach who assured that he remains “optimistic.

The coach did give value to the meeting held this week by the captains with the club’s ‘ambassadors’, three former historical figures such as Ricardo Arias, Miguel Ángel Bossio and Miguel Tendillo.

“I value this type of meeting very positively because I always want to see good intentions in them. I see it as positive. What we have to do is that those intentions translate into what everyone expects: good game and result. Coming from who it comes from, ambassadors and players, I see it as something positive and I really appreciate it, ”he said.

The coach explained that he expects a Celta who wants to have the ball and for his team to know how to play in order to still dominate the match and take advantage of his opponent’s weak points.

“He has high possession percentages, accumulates many players in attack. There will be times when we have to be aggressive and others when from more withdrawn positions we can control the game because the rival suffers in those transitions. Without having so much possession we must also be dominators of the game, “he said.

“The rival concedes goals in transitions and lateral centers and we have tried to make the players aware of how important it is to attack in a certain way,” he said.

Grace confirmed the return of Jasper Cillessen to the call and that he is in perfect condition. “It is available, as one more,” he said.