Apple TV + has unveiled the first trailer of the second season of its post-apocalyptic series ‘See’, which will premiere globally on Friday, August 27 on Apple TV +, with new episodes every Friday thereafter. The series has also ensured its continuity in the form of a renewal for a third season that is already filming in Toronto, Canada.

The second season will introduce Dave Bautista (‘Guardians of the Galaxy’) as Edo Voss, the brother of Jason Momoa’s character, Baba Voss. Others of the interpreters that are incorporated in this new season are Eden Epstein (‘Sweetbitter’), Tom Mison (‘Watchmen’), Hon Lee (‘Warrior’), Olivia Cheng (‘Warrior’), David Hewlett (‘The way del agua ‘) and Tamara Tunie (‘ Flight ‘).

‘See’ takes place in a distant future in which the human being has lost the sense of sight. In the second season we find Baba Voss fighting to reunite his family and escape the political wars that surround him. But the further he goes, the more trouble appears, and the irruption of his nemesis in the form of his brother Edo Voss increases the threat to his family even more.

‘See’ has become a public favorite since its premiere on Apple TV + in November 2019. Many professionals work on the series, in front of and behind the cameras, blind or visually impaired, and was recognized for its portrayal of the blind with the Seal of Authentic Representation Award from the Ruderman Family Foundation in 2020.

The first season of ‘See’ is available on Apple TV +. 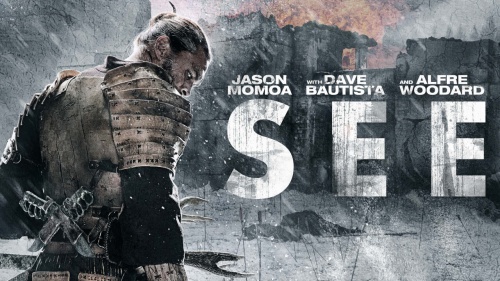