Sarunas Jasikevicius has a single mission with Barça on his visit to Cologne for the Final Four: take the Barça team to get your third Euroleague ever after a long wait.

A challenge as a team, although there is also an opportunity for the Lithuanian coach to make personal history in the top European competition.

And it is that in case the Barcelona team takes the triumph next May 30 at the Lanxess Arena, the Barça coach will become the first to win the Euroleague as a player and also as a coach.

Nobody has done a ‘double’

And is that since the Euroleague started in 2000, no one has been able to do a ‘double’ as a player and coach. Three other historical ones have achieved it in the previous stage, when the competition was known as the European Cup, which was organized by FIBA ​​Europe.

Two of them are well known in Spanish basketball, Lolo Sainz and Svetislav Pesic, and the other, an Armenian player of Egyptian origin, who finished Soviet national, Armenak Alachachian.

The Soviet nationalized, achieved the European Cup with CSKA Moscow in 191 and 1963, and got it like coach of the same CSKA, in 1969.

For its part, former Barça coach, Serbian Svetislav Pesic achieved his only European Cup as a player, with Bosna Sarajevo, in 1979. Already as a coach, he is already part of the history of Barça with his title achieved at the Palau Sant Jordi, in 2003, in the first Euroleague after many previous troubles. 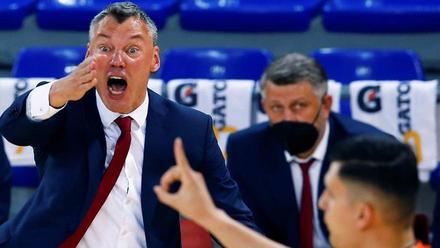 Jasikevicius is still as intense as he was on the track

What the Lithuanian coach can boast about is being the only player in the history of the Euroleague in having achieved the title with three different teams: Barça (2003), Maccabi Tel Aviv (2004 and 2005) and Panathinaikos (2009).

Let’s hope that doesn’t happen, which would mean that Barça would have qualified for the grand final.