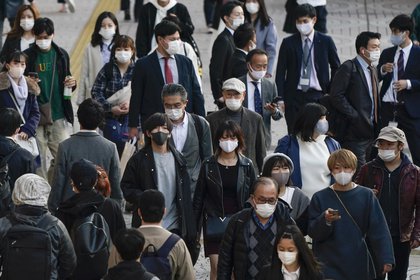 Seoul, Nov 21 . .- The Japanese government decided today to limit the subsidy campaign to promote tourism “Go to travel” after the country has recorded daily records of covid-19 cases for three days in a row.
During a meeting of the Japanese committee for the management of the pandemic to which local media had access, Prime Minister Yoshihide Suga explained that, under the program, from now on reservations will no longer be accepted for trips to areas that are suffering. increases in infections.
The decision, on the recommendation of the panel of doctors that advises the Executive, comes after Japan reported more than 2,400 new daily cases on Friday, a record number for the third consecutive day, and Tokyo recorded 539 infections today, also the maximum daily number for the Japanese capital since the pandemic began.
Other regions such as Osaka or the northern island of Hokkaido, both highly touristy, have also been registering record volumes of new daily cases.
Japanese experts speak of the arrival of a third wave that responds to the drop in temperatures, which pushes people to spend more time indoors.
The “Go To Travel” program, endowed with 1.35 trillion yen (about 10,962 million euros / 12,998 million dollars), is designed to finance discounts of up to 50% on the price of tourist packages and travel expenses until January. travel and accommodation for movements of residents in Japan within the country.
Representatives of Japanese medical associations have pointed out that the tourist campaign has probably acted as a catalyst for the increase in infections in certain regions.
So far, some 40 million trips have been made through “Go to travel” since the campaign was launched in July, and, according to government data, 176 people who traveled using these discounts were infected with covid-19.