The magnificent league line that the team has been showing after starting the competition adding only two of the first 18 points together with the continuous setbacks of its main rivals have placed to FC Barcelona before the more than founded possibility of culminating a true feat.

And it is that those of Andreu Plaza have gone from being 19 points behind the then leader Levante UD to knowing that they will finish the regular phase in first position if they manage to do ‘full’ in the five days that remain.

In any case, the challenge will not be easy for a Barça team that comes from defeating Real Betis 3-1 in the match following the huge disappointment that was lost in the Champions League final against Sporting de Portugal when they won 2-0 at halftime.

This challenge, as arduous as it is exciting, begins now this Saturday in front of the Jaén Paraíso Interior at 12.00 (Teledeporte) in a Salobreja that will be even more difficult with the energetic ‘yellow’ crowd in the stands.

Casualties will be another important conditioner, as the long-term injured Sergio Lozano and Miquel Feixas will be joined by Adolfo (convalescing after being operated on for a broken finger) and Ferrao for a muscle problem. 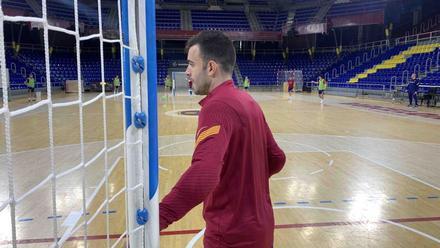 Dídac returns again to one of his old ‘houses’

To complete the picture, the team led by Dani Rodríguez arrives at an excellent moment after five games without losing and aspires to the ‘play-offs’, although a series of bad results could even complicate their permanence with the promotion position more ‘hot’ than ever.

Barça coach Andreu Plaza referred to this difficult goal, but with our feet on the ground and having the difficulty of the company very clear. “Mathematically it is possible, but for the moment we have to beat Jaén and we only think about this. A very difficult game awaits us against a team that is on the rise and is seeking to enter the play-off & rdquor ;, highlighted the Girona player. 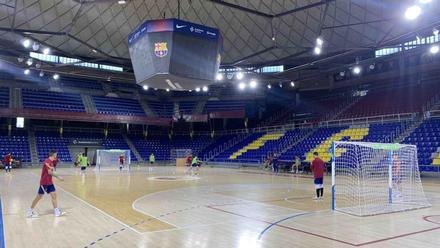 The Barça, preparing the visit to Jaén

“We needed to beat Betis, because the best way to heal a wound is with a victory. La Salobreja is a difficult track, they push a lot and there will already be people in the stands & rdquor ;, added Plaza.

In the same line of demand and responsibility, the Brazilian Marcenio stressed that the team “now depends only on itself to finish first in the league, which is very important to have a track advantage in the play-offs. We have to be very focused if we want to win & rdquor ;.