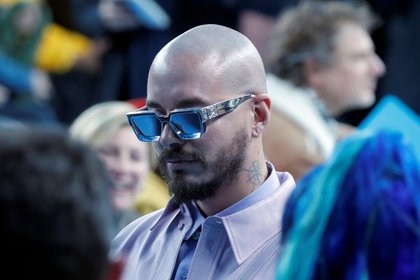 Deezer, the popular French website that has functioned as a music catalog since 2006, made available to its users the list of artists who predominated in listeners’ galleries during 2020. With this it was known that J Balvin was the artist who obtained the most reproductions on the platform this year.

The news generates a stir because it is not the first time that José has managed to stay with the first place, in fact, it is the third consecutive year in which the paisa has put his name in the first place.

Balvin won the first place on the world list over the American artist The Weeknd, who made headlines in recent weeks for being ignored in the Anglo Grammy nominations, and followed by the Puerto Rican reggaeton player Bad Bunny, who during the covid-19 pandemic published two albums (YHLQMDLG and El Último tour del mundo).

Artists of the stature of Dua Lipa, Billie Eilish, Lady Gaga, Anitta, Eminem, Ed Sheeran and Ariana Grande were also on the list.

Balvin, who a few days ago assured that he was going to contribute a part of his earnings in a program to reactivate the economy of Medellín, was placed on several of the lists published by Deezer. In addition to being the artist with the most reproductions in the world of that platform, he was ranked number one in the top 10 for men, in second place as the trendsetting artist after The Weeknd and in number 9 when having one of the most listened songs of the year called Bad Boys For Life, in collaboration with the group Black Eyed Peas.

Balvin’s year has been full of recognitions similar to this, precisely, Last month, Balvin won an award from the Guinness Records, for having been nominated in 13 categories of the Latin Grammy. This became the second of the Paisa race because, in 2016, he also broke one of these records with his song ‘Ginza’ which lasted 22 weeks at the number one position on the Hot Latino music chart in the United States. 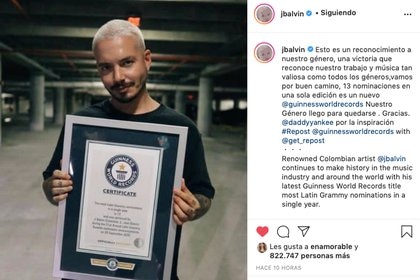 In addition to J Balvin, other Colombian musicians made it to Deezer’s charts. The paisa reggaeton Karol G came in at number ten in the top of the most listened to female artists of the year on that platform and also managed to put the name of her song ‘Tusa’, in collaboration with the American rapper Nicki Minaj, in the position number five of the most listened to songs of the year.

Shakira took the number 9 position on the list that selects the artists with the strongest followers of the year, whom the platform calls ‘super fans’.