Home>World>“It’s pathetic, I never thought it would make it to the show”

Five years ago, Daniel Brühl (Barcelona, ​​1978) came to Marvel to unbalance everything in Captain America: Civil War. Your villain, Baron Zemo, He was not the most powerful enemy the avengers had faced, nor was he the most extraordinary. And yet that ‘normal lucho’ man with glasses led to one of the most manipulative and dangerous baddies of the MCU.

The antagonist after the definitive avenging Civil War, a lousy baddie from a spy thriller, made the classic ‘divide and conquer’ the ultimate weapon of revenge. Zemo’s footprint on the universe commanded by Kevin Feige, that he preferred to lock him up in Civil War rather than kill him, has a lot to do with Brühl’s immeasurable acting talent.

The son of a German father and a Catalan mother, born in Barcelona but raised in Cologne, the actor has behind him more than 25 years of career in various countries, in various languages. Just to name a few titles, Good bye, Lenin! earned him his first great recognition, Salvador (Puig Antich) the Goya and Damn bastards his ticket in first to Hollywood. To recent projects like the series The alienist, or the movies The Cloverfield Paradox Y 7 days in Entebbe we must add his debut in the direction, Next Door, which premiered this year at the Berlinale.

Before seeing it in The King’s Man: The First Mission, the German-Catalan actor has reunited with Zemo in Falcon and the Winter Soldier. One episode was enough for him to become the main protagonist of the marvelita series, thanks in part to a dance that has conquered the networks and that was the result of Brühl’s improvisation. We spoke to him about his return to Marvel. 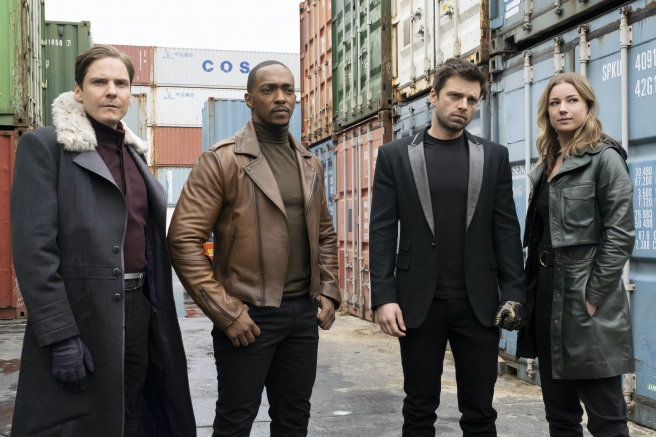 How has it been to meet Zemo again?

It was a very nice experience, really. You always feel very proud to be called and reactivated because it shows that you didn’t do so badly the first time. When I finished Civil War, I knew it was a good sign that they didn’t kill me and put me in that jail in Berlin because hopefully someday Zemo would get out of that jail. But there was no specific plan and over the years I also forgot about it a bit. I was very surprised when I was called up for Falcon and the Winter Soldier two years ago, while filming the second season of The Alienist in Budapest.

This is a different Zemo than Civil War.

What made me even more happy than going back to Marvel was reading the scripts because he was a different version of Zemo. They offered me to explore something new, aspects of the character that I knew from the comics and that I missed a bit in my performance in Civil War, although I really enjoyed the character. That now he has a better sense of humor, that he can wear the mask, that we can explore his family past, that he be a nobleman… It has allowed me to work with a certain arrogance, irony and a sense of humor, and I have loved that. It has been a refreshing and fun version.

How are you living the phenomenon around the Zemo dance in networks?

[Ríe] It’s hilarious! I have a great time because I can’t believe it. They are those crazy things on the internet that God knows why they happen … I burst out laughing when I received the first messages from friends of mine, also from Spain or France, with different versions of songs. I have a blast with this.

How did the scene come about?

It’s absurd because it was an impromptu moment. When I saw the dance floor and the extras having a blast, listening to the music in the club, I thought, “Well, after so many years in jail, Zemo should move a little, right?” Then I saw Sebastian’s reactions [Stan], Anthony [Mackie] and the team, who burst out laughing at my Zemo movements. It’s a pathetic dance and I was sure it would be a good joke during filming but it wasn’t going to end in the show. Fortunately, however, they have survived a couple of seconds of this epic dance and it amuses me a lot. 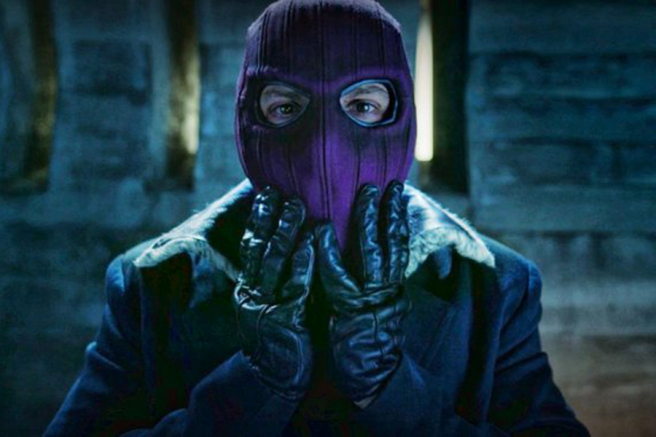 Daniel Brühl with the mask of Baron ZemoCinemanía

There are very bad baddies, like the Nazi you gave life to in Inglourious Basterds, and villains with chiaroscuro, like Zemo. As an actor, which ones do you prefer?

Ambiguous characters always appeal a lot because, in addition, that is how I perceive life and human beings. We all have a dark side that we do not like to see or to dominate us, but it is part of the human being. That’s why we are so fascinated by villains, because that’s part of us, on one level or another. All this I always loved about Zemo, although in the comics he came from a Nazi family and before meeting Kevin Feige for the first time in London, when he wanted to talk to me about the character, I thought: I’m not doing it myself because that doesn’t interest me. I don’t want to play Nazi again, super bad. “

What made you accept the role?

Kevin Feige is a genius because he completely reinvented this character and changed it to my advantage. I was super surprised when we met because he said, “No, forget about the comics. We are going to make a villain who has very human motivations, a guy who also causes us a certain empathy.” Zemo is not a bad cliché, that everything he does is pointless. His actions are always born out of personal suffering and pain, from a very human side, and I like that.

Falcon and the Winter Soldier reflect on nationalism. You who are a bit from everywhere, what do you think about it?

Unfortunately, this always happens again in history. Certain trends never disappear: neither racism, fascism, nor nationalism have disappeared … As I grew up, this was never part of our education, of our culture, because I always felt European. I was lucky to be born into a very multicultural family and that is why I always hallucinate with those nationalisms.

In these times that we live, with an ecological crisis, with a global political and social crisis, because we are living in a globalized world, we have to be united and not divide ourselves between nations or provinces or whatever. I don’t know what will happen in the future, if we are on the right track or not. With the elections in the United States, I have seen that positive things can also happen. Do not get too bitter and only see the negative. At the moment, it is difficult to see the positive, the positive changes, but from time to time there are.

Falcon and the Winter Soldier is available on Disney +.