In social networks, a video published by the sports news portal Gancho al Hígado, in which a girl named Adamary Guadalupe Sánchez speaks to Saúl “El Canelo” Álvares, a well-known Mexican boxer, to ask him for gloves signed by him in order to be able to raffle them, with his permission, and thus be able to obtain enough money to pay for the operations and treatments necessary to be able to walk.

“I was going to tell you that if you gave me permission for my parents to buy me some gloves and I could raffle them, that you sign them for me and I could raffle them on my behalf” “so I can pay for my therapies that are very expensive and buy Some things I need to be able to walk ”were Lupita’s words, as they say to her affectionately.

In the video of Hook to the Liver it is highlighted that Saúl Álvarez’s response was prompt, and that In less than 24 hours, she was already contacting Adamary’s family to be able to pay directly for the operations and therapies that the girl needed to be able to walk.

In the narration of the act, the voice of “Canelo” is heard as he says: “Tell him with great pleasure, that with all my heart that is a resounding yes, tell him that he does not have to sign anything, that he tell me how much he needs for his therapies, I will give them to him, please” in response to the family’s request. 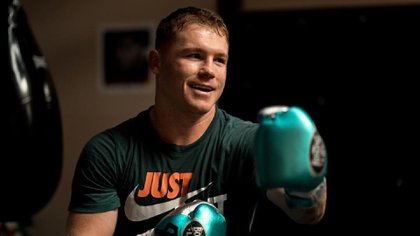 On the YouTube channel managed by Lupita’s family, a video was published on August 3 in which Adamary and Saúl Álvarez appear talking. During their conversation, the boxer gives a signed cap to the infant in addition to promising her signed gloves. The girl also tells him that she will insist on her therapies to become a boxer one day. According to her and her family, none of the Mexican athlete’s televised fights have been missed.

In another video, Adamary dedicates a few words of thanks to Canelo: “Hello Saúl, thank you very much for the money you sent me for my operation and for my things that I need, I hope I can go to Guadalajara and they finish my operation to go see you and give you a hug. If before I was your fan, now you are my guardian angel “.

The girl from Durango traveled to Guadalajara to meet her idol from Guadalajara. During their meeting, the girl also told him that one of her motivations for learning boxing is because she is sometimes teased by her classmates. Before this, Saúl Álvarez responds: “Do not listen to them. I’m going to teach you so that they don’t bother you ”.

He even had time to show Saul his progress in therapy. Almost to end the video, the infant takes her walker and gives a short demonstration of how she now walks with the aid of the device. The boxer encourages her and recommends that she put a lot of effort into her rehabilitation to keep improving.

“I put the rest that is missing”: the spectacular donation of Canelo Álvarez to children with cancer in a hospital in Puebla

A dangerous and first-class boxer: this is Callum John Smith, the possible rival of Canelo Álvarez

Canelo Álvarez sued Golden Boy and DAZN for breach of contract, in order to “return to the ring”