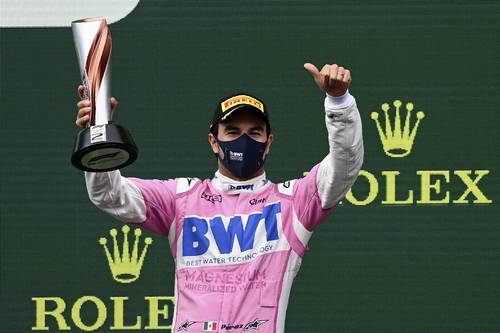 ▲ The managing director of the highest category, Ross Brawn, advocated the permanence of the Mexican, who is in fourth place in the drivers’ classification.

Checo doesn’t have a seat for 2021 after Racing Point signed four-time world champion Sebastian Vettel, who finished third with Ferrari in Istanbul.

Pérez put in a great performance … it would be a tragedy if he is not in F1 next year, said Brawn, who worked with Michael Schumacher during a golden era at Ferrari and with Hamilton at Mercedes in 2013, in a column for www.formula1.com.

If you are a team that wants a competitive driver to maximize every opportunity, Pérez is your man, he added.

Checo’s main hope is a seat at Red Bull, which has yet to decide if Thai Alexander Albon will be Max Verstappen’s teammate.

The Mexican, who is in fourth place in the drivers’ championship, has achieved 100 of the 154 Racing Point points in 14 races, despite missing two tests after contracting Covid-19. Albon has added just 70 of Red Bull’s 240.

After equaling Schumacher’s record with seven titles, Hamilton has stoked expectations of being knighted, but the pilot noted that he is not in the ranks of forgotten heroes.

The most successful F1 racer of all time, and the only black driver, has been regularly recommended in recent years to join other UK sports gentlemen, only to be ignored just as often.