In late March, a 399.94 x 59 meter container ship named Ever Given got stuck in the Suez Canal. This huge ship, one of the largest of its kind in the world, spent six days blocking all maritime traffic and therefore a large part of world trade. This put on the table the need to expand the canal, so Egypt has got to work.

And it is that this Saturday the SCA (Suez Canal Authority) began the canal expansion works. According to Osama Rabie, president of the SCA, the works should be completed in a maximum of 24 months. The idea is to extend the section further south by 40 meters and increase the depth of that section between two and three meters.

As Rabie explained, “the importance of the ongoing expansion project is to increase the efficiency of the canal and reduce the transit time of ships, in addition to increasing the safety factor for navigation in the southern region of the canal.” Abdel Fattah al-Sisi, President of Egypt, has also confirmed that while the expansion of the canal was already being considered, the Ever Given case has highlighted the urgency of the project.

The project, as we indicated, will be carried out in several phases. The SCA plans to expand the section further south, which is about 30 kilometers wide, in 40 meters. This goes from the city of Suez to the area of ​​the Bitter Lakes. It is also planned to increase the depth of this section from 66 to 72 feet (or what is the same, from 20.11 meters to 21.94 meters). 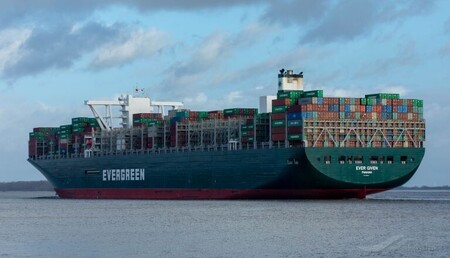 On the other hand, a second lane to the north of the Great Bitter Lake that opened in 2015 will be extended by 10 kilometers along the south side of the lake, so that will reach 82 kilometers in length and will allow the passage of more ships. Subsequently, the works will continue to expand the canal by up to 30 kilometers through the southernmost area.

Ultimately, the goal is to prevent what happened with Ever Given from happening again. The container ship blocked much of world trade and forced other ships to either take an alternative route or wait. Currently the Ever Given, a Japanese vessel with the Panamanian flag, is in full dispute with the SCA, which is claiming compensation of $ 916 million from the owners in damages.