There is a bit more optimism around the Spanish economy, or at least that can be deduced from the data handled by the IMF. In the report published this Tuesday by the agency, an increase in GDP of 6.4% for this year. Thus, Spain becomes the fastest growing country in its environment, ahead of Germany or France, and even at the level of projections for the United States. In addition, the IMF has improved by half a point the calculation it made last January. In addition, the entity is more benevolent than the Bank of Spain itself, which estimated a 6% growth for 2021.

What’s more, for 2022 the forecast is that Spain will also grow by 4.7%, only surpassed by the United Kingdom among the rest of the European countries analyzed. The Spanish economy, on the other hand, will recover above the euro zone average, which is 4.4% this year and 3.8% next year.

These calculations are far from the rest of organisms. The Bank of Spain continues to handle three scenarios and in the worst of them the Spanish economy will grow only 3.2% in 2021. Of course, he estimates that the economy could start to take off as of June, although they estimate that tourism will not fully recover until 2022. This is far from the forecasts announced by Brussels a month ago, which placed the Spanish boost at a 5.6% and those of the OECD, which predicted 5.7%. The IMF ranks above them all.

The body led by Kristalina Georgieva warns, yes, that the strength of the expected recovery varies from country to country, depending on the severity of the health crisis, the scope of business interruptions (related to the dependence of countries on “contact sectors”, such as tourism), exposure to indirect cross-border effects and, most importantly, “the effectiveness of political support to limit persistent damage. ” The recovery, if all countries are analyzed, will be much more powerful in China or India, precisely because of the muscle they have.

“In advanced economies, regional restrictions are likely sometimes necessary to slow the progression of new strains of the virus. As the vulnerable population is vaccinated, intensive contact activities are expected to resume and there will be a significant rebound in growth thanks to suppressed demand, “they add.

Trade will also be strengthened as the recovery accelerates. The IMF uses in its report that in this scenario world trade is projected to accelerate to 8.4%, mainly due to the rise in the volume of merchandise. Cross-border trade in services (tourism, transportation) is expected to remain low until the pandemic is brought under control worldwide. Likewise, they comment, it is expected that the restrictions on international travel related to the pandemic and the general fear of traveling will have lasting effects on the income of exported services.

In any case, the context remains one of uncertainty. “New vaccines are continually being approved that offer a recovery path,” they acknowledge from the IMF. However, uncertainty remains about its efficacy against new strains of the virus. “The delays in inoculation from all parts of the world could lead to mutations of the vaccine-resistant virus, new outbreaks could arise anywhere and at any time, and new restrictions could be necessary to stop transmission, “they recall. 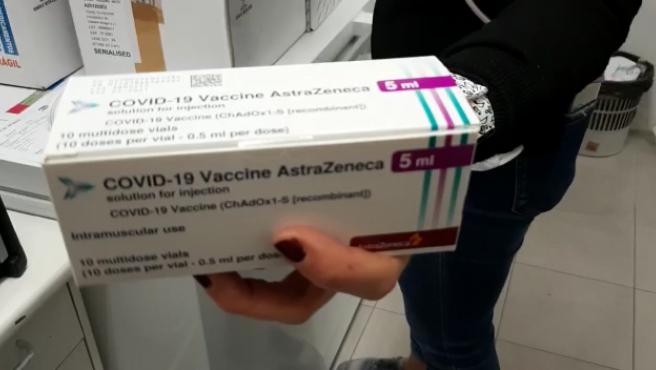 The uncertainty about the duration of this rhythm rhythm makes other elements difficult to predict: “private investment”, the response of different governments and the degree of “scarring”. The agency draws a conclusion from this: “The risks are balanced in the short term, but more upward in the long term.”

On the other hand, many of the risk factors prior to Covid-19 are still relevant. “The Tensions between the United States and China remain high on many fronts, such as international trade, intellectual property and cybersecurity, “they feature in the report. Internal economic disparities arising from the pandemic recession may also lead to new trade barriers, motivated by the need to protect domestic workers.

Amid already high levels of trade restrictions, such actions would add inefficiencies and weigh on the recovery. What’s more, “Risks of protectionist trends are emerging around technology”. Protectionist trends “could extend to medical supplies and pharmaceutical advances related to the coronavirus, which would impede the global supply of vaccines. Global supply of vaccines,” they warn to conclude.