President Andrés Manuel López Obrador received this Thursday in National Palace to the mexican pitcher Julio Urías, who was recently champion of the Big leagues with the Los Angeles Dodgers.

In a video that he uploaded on his social networks, the president recognized the effort of Urías and his performance at the head of the team to achieve the commissioner’s trophy against the Tampa Bay Rays, and at the same time, represent Mexico.

It is an honor for me that Julio Urías, (Fernando) Valenzuela II, is in my office, a great pitcher with a lot of time ahead of him to continue triumphing, and what he did is history

Meanwhile, the left-hander of the Los Angeles team thanked López Obrador for the reception and gifted him a Dodgers jersey with his signature. The pitcher noted that is proud of Mexico And it is “a dream come true”. 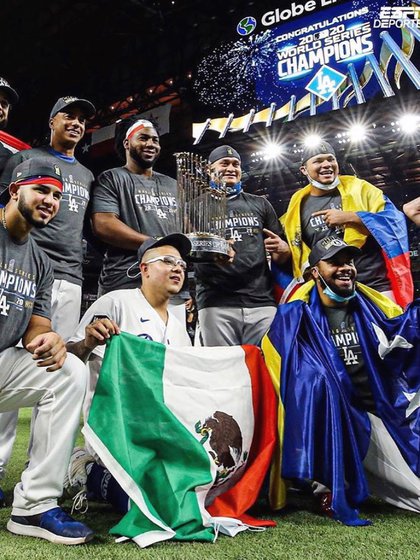 Also present at the office were the sons of Andrés Manuel López Obrador, as well as businessman Carlos Bremer and Edgar González, head of the Promotion and Development of Baseball in Mexico (Probeis). “It is very nice that he has been able to receive us and I am very proud of my land,” said the Sinaloan..

It is worth mentioning that López Obrador he’s a fan of the so-called “king of sports”, in addition to practice it in your spare time.

The Los Angeles Dodgers won their seventh major league title on October 27 after beating the Tampa Bay Rays in the sixth game of the series. 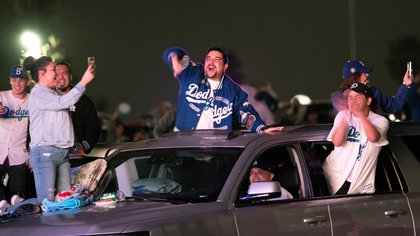 People celebrate during a drive-in viewing of Los Angeles Dodgers against Tampa Bay Rays during game 6 of the 2020 World Series in the parking lot of Dodgers Stadium, amidst the outbreak of the coronavirus disease (COVID-19), in Los Angeles, California , US, October 27, 2020. Picture taken October 27, 2020. REUTERS / Mario Anzuoni

That night, López Obrador spoke about the final of the World Series. Through a video and with a cap from the Los Angeles team, the Tabasco congratulated Urias and González.

We are already in celebration. The Dodgers won (…) Julio Urías is the best pitcher, from Culiacán Sinaloa, our countryman. Congratulations

Julio Urías and Víctor González are part of the players who have been trained in the Alfredo Harp Helú Academy and that now they play in the most important teams in the American league. They met there and are part of the 1% that formed and later debuted in Major League Baseball (MLB, for its acronym in English).

The project of this academy began on November 12, 2009, when they estimated that one or two baseball players would debut per year in the MLB. So far there are 10. Urías debuted in 2016, González did so in 2020, as did Humberto Castellanos in the Houston Astros, Isaac Paredes with Detroit Tigres and Ramón Urías in Baltimore Orioles. 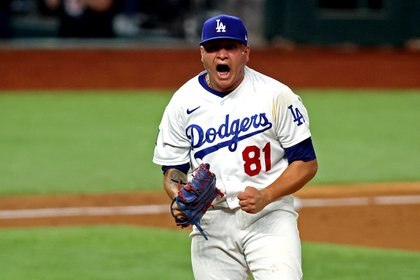 These players became the second pair of Mexicans to be champions.. Previously, pitchers did it Jaime García and Fernando Salas with St. Louis Cardinals, in the 2011 World Series.

“If I leave the sport, I will leave with great pride”: Sergio Pérez spoke about his uncertain future in Formula 1

“He is one of the best attackers in the league”: Matías Almeyda praised Alan Pulido prior to their duel in the MLS Playoffs

“We respect the decision, but we do not share it”: Leones Negros regretted the TAS ruling in favor of the FMF