Alfredo García, better known on Twitter for his alter ego @OperadorNuclear, and Pedro Fresco, also present on this social network under the account @PedroFresco, are two experts who know very well the spanish energy system in general, and the peculiarities of nuclear energy in particular.

As you will have seen if you have read the article that we published just a few days ago, and in which we spoke with both of them, their perspective on nuclear energy is very different. Even antagonistic in many ways. However, they agree on something important: currently nuclear energy make an essential contribution to the Spanish energy mix.

This is their current role, but if the itinerary described by the nuclear blackout calendar defended by the Spanish government maintains its course, in 2035 the activity will cease of the last nuclear power plant that will remain in operation that year. It will be that of Trillo, in Guadalajara.

The commitment to renewable energy is great news on the way to an energy model sustainable and respectful with the environment, whether or not they are complemented by nuclear energy.

The programmed closure of nuclear power plants is part of this strategy, but, and with this we reach the point of friction, the argument that is supported in a useful life of 40 years it is cracking up as a result of decisions being made by regulators in some countries.

However, “the useful life of a nuclear power plant is the time during which the installation can work safely and economically viable, complying with all the requirements established in the current regulations ”, clarifies Alfredo. This simply means that a nuclear power plant can extend its operational life well beyond the 40 years stipulated in its design life as long as its facilities are kept in tip-top shape. 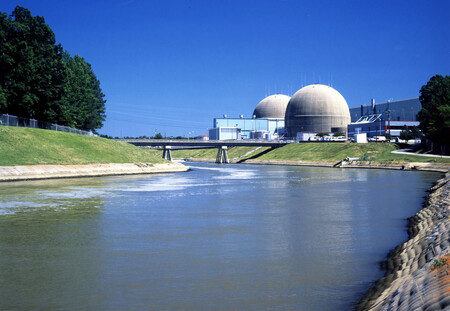 The Surry plant was the last US nuclear facility to have received the necessary authorization to extend its operation for 80 years.

In the United States, just over 90% of nuclear power plants already have permission to operate for 60 years. And for only a few days this country has three authorized centrals to operate for 80 years. The Nuclear Regulatory Commission (NRC) has just approved the extension of the operating license for the two pressurized water reactors at the Surry nuclear power plant.

The first two plants that were authorized to extend the activity of two of their reactors to 80 years were those of Turkey Point and Peach Bottom. Now, as we have seen, the Surry nuclear power plant has just joined this select group, and it is likely that in the future other US facilities will receive authorization to extend their useful lives. up to 80 years.

In the United States, just over 90% of nuclear power plants already have permission to operate for 60 years

The interesting thing about this panorama is that while the United States, France, Sweden, Belgium, Russia, the Netherlands or Switzerland advocate the extension of the operational life of some of their current nuclear power plants, other countries, such as Spain, Germany or Japan, have already planned its nuclear blackout.

There is no doubt that the idiosyncrasy and energy-relevant natural resources of each country will determine whether each of these states you have chosen the right strategy. In any case, it is clear that what is really important for the good of all is that they bet without exception on an energy model that makes viable the environmental objectives that we have set to alleviate the climate emergency.