Never again in Israeli territory will the trade of fur for aesthetic purposes be allowed, according to a decree of the Ministry of the Environment.

With the exception of projects of research, teaching and some religious traditions, the fur trade in Israel is prohibited from this Wednesday. In a statement, the Ministry of the Environment detailed that the decree will enter into force within six months, as a landmark measure against animal cruelty.

A milestone to stop animal cruelty

Among the Orthodox Jewish community, the use of shtreimel it is mandatory for men who are already married. For its manufacture, a significant number of lives of mink are necessary, a small mammal whose fur is cultivated in labor fields in Belarus. The way animals are skinned is not only ruthless, it is performed in indiscriminate way in favor of maintaining the production scheme.

Except for this article, the fur trade throughout Israel has been prohibited by official decree from this week. Although the law will enter into force towards the end of 2021, the international community of conservationists and activists in favor of animal rights celebrated this decision as “a historic gesture” before the exploitation of various species in the textile sector.

We suggest: A parasite found in undercooked meat and cat droppings increases the risk of brain cancer

Not only minks are considered in this bill. On the contrary, according to Gila Gamliel, Minister of the Industry, the measure is extensible for other threatened animals:

“The fur trade industry causes unimaginable suffering to animals and this decree will transform the Israeli fashion market, improving it in terms of respect” for the environment, declared the president.

It is not the first time that the country has taken steps forward in favor of animals. In 1976, it was the raising of animals to obtain their skins is prohibited. Now, 45 years later, the trade in these raw materials is illegal, especially for endangered species. 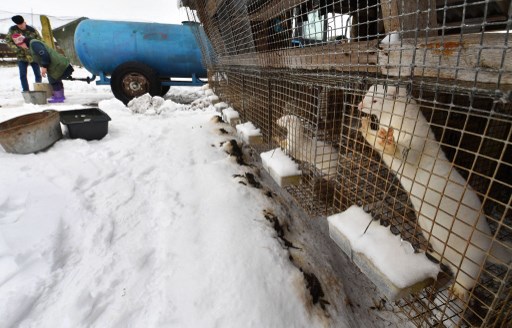 Some of the animals that appear under this new protection are the seals, foxes, chinchillas and visions, with the exception of orthodox religious rituals that still require their skins to be carried out. For the rest, the manufacture of bags and garments with this type of input will be punished by the Israeli State.

This is how the Iron Dome works, Israel’s anti-missile shield financed by the US

What is Jerusalem Day and why did the conflict between Israel and Palestine escalate?