Santiago Bernabéu, Camp Nou, Allianz Arena, Anfield, Old Trafford, San Siro & # 8230; Stadiums known throughout the world, mythical temples of football, a sport that is nevertheless played in any corner of the globe, in fields and stadiums as curious as they are strange. Below we collect ten of the ones that attract the most attention due to their interesting characteristics.

Perhaps the most heavenly football stadium in the world. Mahibadhoo Island is a small island town in central Maldives and is the administrative capital of South Ari Atoll. The island is located 75.72 km southwest of the country’s capital, Malé, and is 2.4 km long and 1.21 km wide, small but enough for you to play soccer in the Maldivian paradise of turquoise waters. 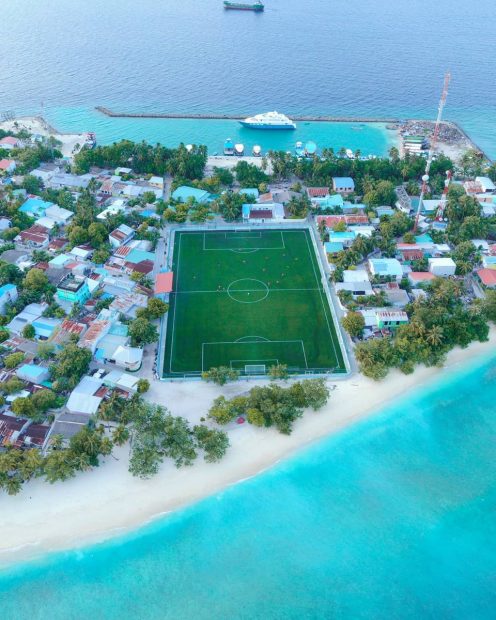 The field of this Slovak team is one of the most curious on the planet, without a doubt, and it is that its fans can lose their vision of the game if the train passes through the track that crosses the field during the game. This is the Cierny Hron railway line and people take it with humor and even applaud. 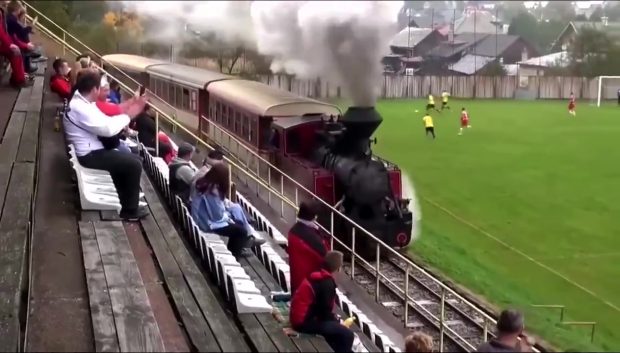 It is the highest football stadium in the world. Home to FC Gspon, fans can enjoy the idyllic setting of the Swiss mountains, if the football isn’t of the quality you’d want. But getting there is a difficult mission, as it is too high to reach by car, you have to go to the nearby town of Stalden and take a cable car. 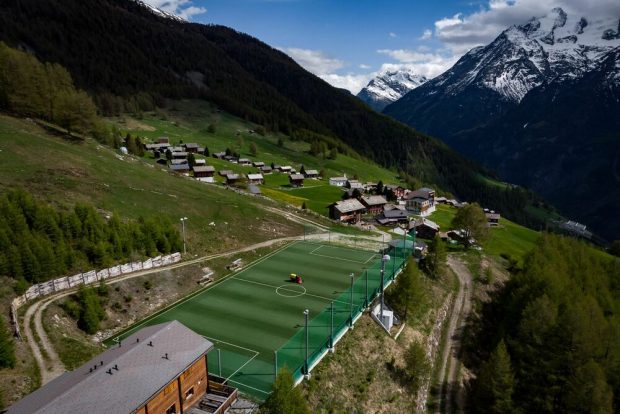 It is the tempo of the FK Voždovac Belgrad, and it seems that there is nothing spectacular until you realize that it is on the roof of a shopping center in Belgrade. Built in 2012, under the stadium there is a McDonald’s, a KFC, as well as a supermarket. 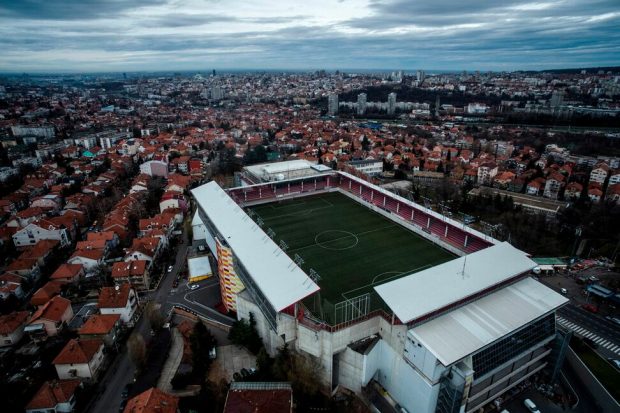 This spectacular stadium in the neighboring country was built by excavating the Monte Castro quarry before Euro 2004, that is, it is on a cliff. It has an impressive view, and both stands are connected to each other by steel ropes on the pitch. 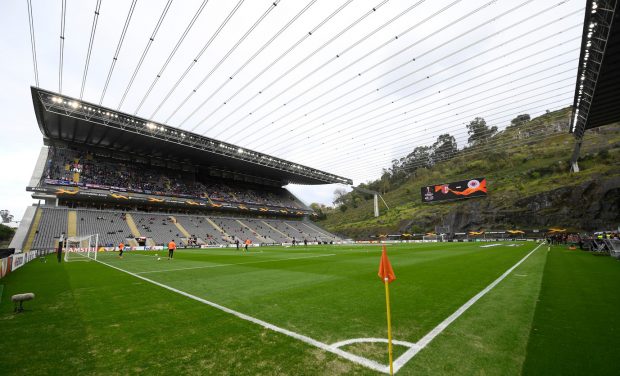 Croatia is a country with a lot of history. Proof of this is that the stadium in which HNK Trogir plays is located between two UNESCO World Heritage monuments. They are unique fortresses from the 15th century, with the San Marco tower behind one gate and the Kamerlengo castle behind the other. 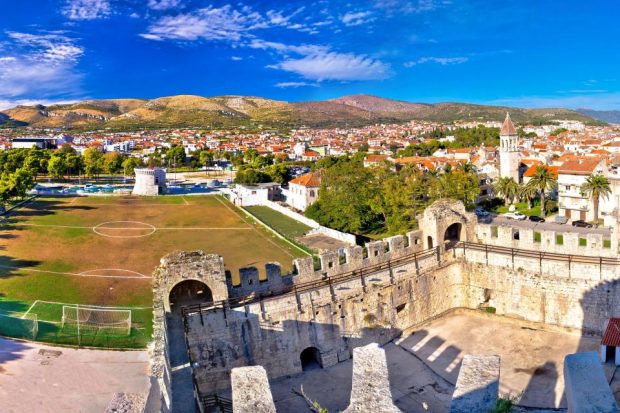 Further north we find Totfir, an island in the Faroe Islands with a population of around 800 people. Its field has an uncanny capacity for 6,000 spectators, and is surrounded by green hills and offers views of a stunning blue lake. 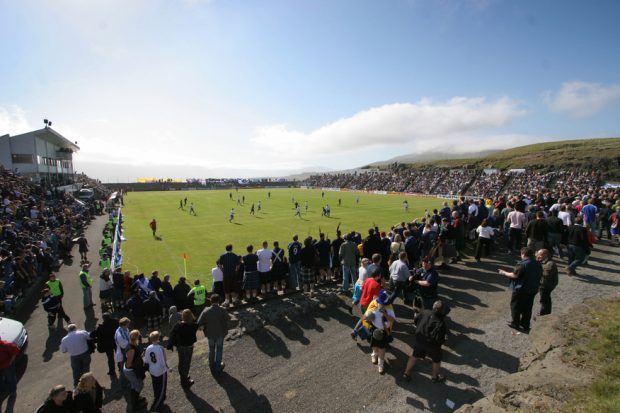 This impressive temple of CF Monterrey with a capacity for 52,000 people was inaugurated in 2015 in controversial circumstances. With its location near Cerra de la Silla mountain, there were concerns that the stadium would be detrimental to local wildlife. 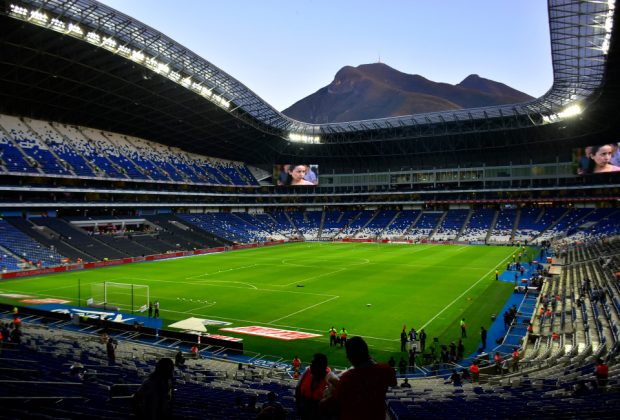 Back in Croatia, the Gospin Dolac stadium in Imotski looks pretty normal, until you know that behind the pitch there is a 500 meter drop to a lagoon, where the Blue Lake is located. It can be the perfect stadium to get the ball out of the stadium in the last minutes if you want to waste time … 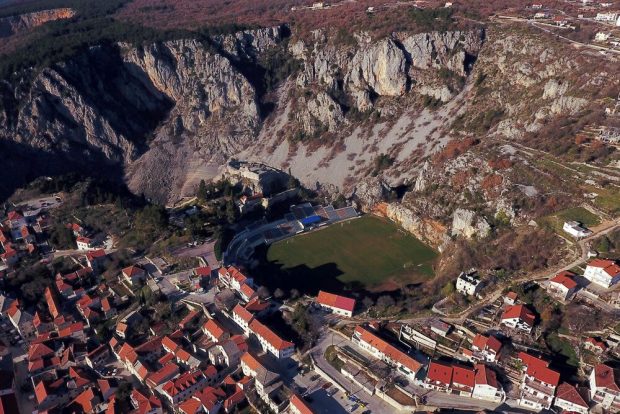 In Singapore they like to do things a little differently, including this course on a specially designed floating platform in Marina Bay. It was inaugurated in 2007 and also serves to give concerts in front of 30,000 people. However, the Singapore national team has yet to seize the opportunity to play here … 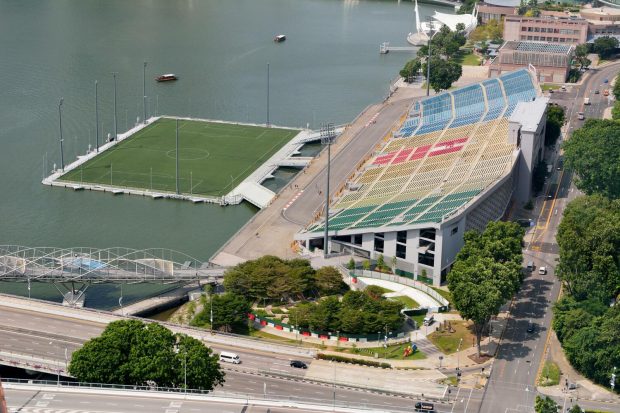