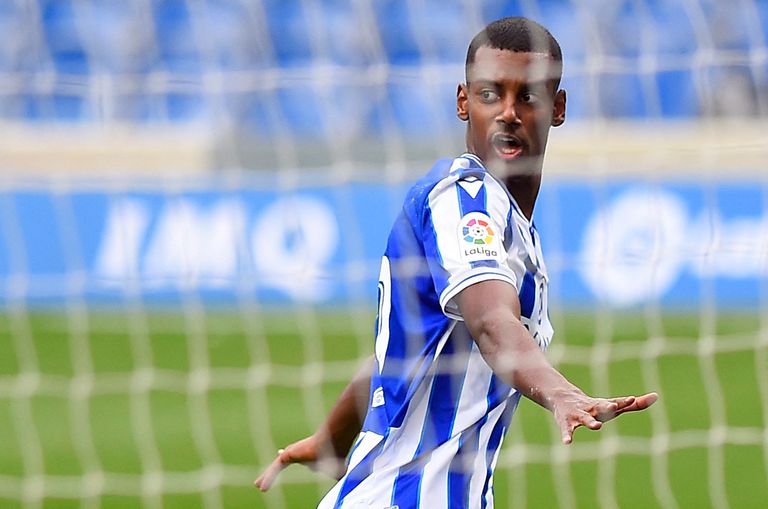 Alexander Isak (Solna, Sweden, 21 years old) will return to the scene of the crime next Monday. Or almost, because it was at the Bernabéu and not in Valdebebas, Madrid’s retirement during the pandemic, where he executed one of the greatest exhibitions of his short football career with Real Sociedad, with a double that knocked out Real Madrid in the quarterfinals of the Copa del Rey just over a year ago, and that silenced the bustling merengue stands for ninety minutes.

While waiting for the final of that competition to be played, on April 4 against Athletic – which a few days after that feat in Madrid he also finished with another goal – Isak has returned to the fore with his goals. Since the beginning of the year, the Swedish footballer of Eritrean origin has scored in all the league games he has played, and has chained six consecutive games scoring. If he does it again in Valdebebas, he will be the first player in the history of Real Sociedad to score in seven consecutive duels. John Aldridge and Darko Kovacevic, two of the best foreign players on the San Sebastian team, reached six, but they did not go beyond there.

If he scored against Madrid, he would also be the youngest player to score in seven consecutive games. In the last forty years, only the phenomenon Ronaldo Nazario, who scored in six games in a row at 20 years and 210 days wearing the colors of Barcelona, ​​surpasses the Swede, who has already achieved it at 21 years and 153 days. Faced with the experience of more veteran players, the Real forward presents a prodigious stride that allows him to overcome his rivals in the last meters before entering the area, and an astonishing intuition when it comes to placing himself in the right place. Isak was punished a lot by the VAR last season in the offside, almost always by centimeters, but every time he knows how to contain himself better and look for space in coordination with the passers, who abound in Real Sociedad. On Sunday, against Alavés, he received a huge sending from Mikel Merino to score the first goal, although later he joked with his teammate: “The definition was better than the pass,” he said. In the second goal it was David Silva who served Isak’s career, and the third came with the return address of Mikel Oyarzabal’s privileged left boot.

It was his first hat-trick in the League, although he already got another one in the Dutch championship, with Willem II, where he played on loan from Borussia Dortmund, who had signed him from AIK Solna when he was only 17 years old. They then pointed out that Real Madrid had been interested in his signing, but that the player rejected it. Real Sociedad paid 10 million euros for Isak, who signed a contract for five seasons, until the summer of 2024. Now suitors are beginning to appear, because his scoring figures are listed on the soccer stock market. The Real striker seems to have freed himself from a slab since his competition in the center of the vanguard

Until that moment, the two players alternated in the coach’s preferences. With the horizon clear, as he also likes on the field, Isak, with his angelic face and his shy smile that hides a matador from the area, flies towards figures that place him among the great scorers of the championship. After scoring Sevilla, Betis, Villarreal, Cádiz (2), Getafe, and the triplet against Alavés, in the Basque derby, he aims to achieve a milestone in realistic history. With the credentials of his twelve goals, one every 53 minutes of play, he has made Carlos Fernández forget for the moment, the fourth most expensive signing in the history of Real Sociedad, injured in the thigh, but who nobody misses for now.