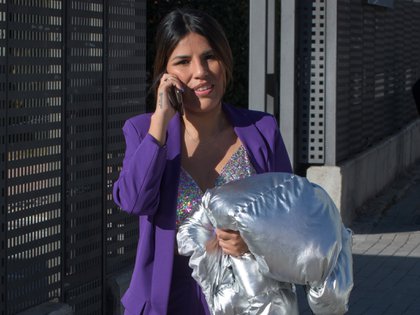 Isa Pantoja announced a few months ago, with great fanfare and through an exclusive – how could it be otherwise – that next June 26 she would go through the altar with Asraf Beno. Excited about her wedding, the Peruvian confessed that she would like to marry in Marraketch and that, despite the usual conflicts in her family (and that at that time Kiko Rivera and Isabel Pantoja were still showing off their good relationship) and that she was sure of take this important step with the Moroccan, with whom she confessed very much in love.

Shortly after, the couple entered “The strong house”, reality where Asraf has shown a face until now unknown in him. Controlling, selfish, jealous and with an inferiority complex with respect to Isa that has earned him many criticisms that Isabel Pantoja’s daughter has defended against all odds. And it is that, in love and sure of her courtship, the Peruvian bet on her love and announced that her wedding was going ahead.

However, the war between Kiko and her mother, together with the rivalry between the tonadillera and Dulce – one of the most important people in Chabelita’s life – and the harsh criticism that Asraf made of the Pantoja in “The strong house”, Confessing among other things that it was a “family shit”, he made the wedding preparations stand by.

Isa herself revealed recently that she had not prepared anything for the wedding because she did not have the head for it, and for now she was not considering anything related to what was supposed to be her big day. However, taking advantage of her stay in Madrid to go to her work as a collaborator in “The Ana Rosa program”, Isabel Pantoja’s daughter has taken the opportunity to visit a very special place for all future bride …

And we have caught Chabelita in a wedding dress store on the outskirts of the capital. Accompanied by her representative, and visibly excited, the young woman entered the paradise of any girl who is going to get married, where she stayed for several hours. Trying on dresses for your big day, who could be closer than we thought?