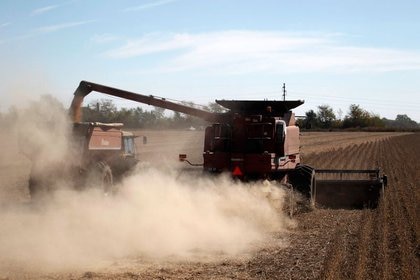 In 2020 soybeans averaged USD 349 per ton. This morning it fell to just under $ 493 in Chicago. Photo: REUTERS / Enrique Marcarian

The international price of soybeans, whose contracts expire next March, fell today on the Chicago market by USD 21.50 and a ton was quoted at $ 482. In one week the price of soybeans fell by almost $ 44 a ton.

Regarding what happened on this day in the international market, the grain market analyst and head of Kimei Cereales, Javier BujánHe commented: “There are several arguments that explain the losses. The exit of the funds with profit taking, the forecasts of good rains for Argentina and Brazil from this weekend, but mainly from next Monday. And it also affects the outbreak of coronavirus in China, the appearance of new cases of African swine fever in that country and a slightly firmer dollar. ”

On the other hand, today Chicago also saw sharp drops in cereal prices. March contracts for corn were priced at $ 197 per ton and those for wheat at $ 233.10 per ton.

“The drop is relevant, but it is still a very good price. We made calculations with a soybean of USD 510 that implies that the Central Bank makes important purchases this year that allow the Central Bank to calm the exchange market “, he said Andres Borenstein Econviews, at the market opening on this day. 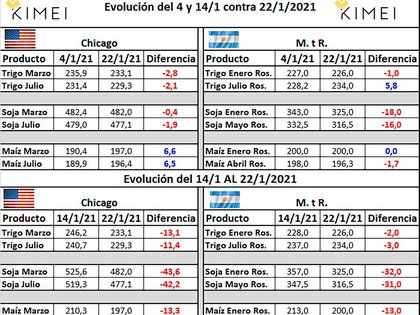 Since the beginning of December and until this week, the entity led by Miguel Pesce It managed to buy about USD 1,200 million in the exchange market given the advance of agricultural sales that generated the peak of prices in the context of very hard limits to reduce the demand for foreign currency by importers and companies.

That streak of 27 consecutive wheels without sales of Central Bank reserves was cut last Tuesday when, according to private estimates, the monetary authority had to sell USD 40 million to supply the market.

Central purchases are also driven by the seasonal peak in the demand for money that occurs every year-end and that tends to reverse near the arrival of each February. The purchases of foreign exchange for reserves, partly supported by the improvement in the price of soybeans, were a key factor in the relaxation of devaluation expectations that dominated the local market in September and October 2020.

Less milling in December and advance of sowing

As a consequence of the strike of the oil unions, last December the milling of soybeans was only 808,104 tons, according to data from the Ministry of Agriculture. This is the lowest monthly figure since February 2001, when processing was 362,038 tonnes. 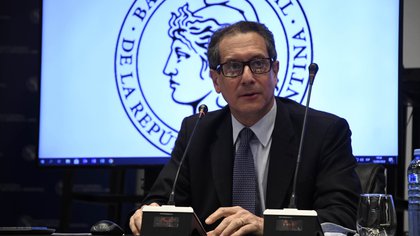 Miguel Pesce, president of the BCRA

On the other hand, in relation to the progress of soybean planting in Argentina, yesterday’s report from the Buenos Aires Cereal Exchange reflected that the latest rainfall benefited the plots to recharge the soils with moisture, where so far 98.6% of the projected area has been planted on 17.2 million hectares.

The survey of the Rosario Stock Exchange in the core area, the productive heart of the country, indicated that 70% of the region reached rainfall of 80 to 100 millimeters in the last 15 days, but 80% of the area still has scarce reserves. In addition, regular and bad batches in corn increased and the recovery of soybeans is pending further rains.

UVA credits: shortly after the end of the quota freeze, the former macrista official who created them came out to defend them and compared them with the Oval Plan

Warren Buffet’s right-hand man sees a “speculative frenzy” in the market and explained why he doesn’t expect stocks to go much higher.