The arrival of iOS 14 has brought some very interesting news for users of Apple devices. We already told you about them in depth when the operating system was announced and presented in June, in the context of WWCD 2020. The new home screen and application library, the long-awaited widgets, the picture-in-picture video… as a user of iOS for many years now, I think it is one of the most interesting updates that the operating system has experienced. And the same with regard to iPadOS 14, its “sister” version for Apple tablets.

Today I have discovered, however, a novelty of iOS 14 not announced in its presentation and that makes me like it a little less. And it is that according to Tom Warren, editor of The Verge, has published on his Twitter account, and is that iOS 14 shows advertising of Apple services in certain sections of the operating system. An unwanted or expected advertising, with which Apple joins the club of manufacturers who use their operating systems (or their customizations) to include advertising content. In some cases from third parties or, in the case of Apple, from its own services. 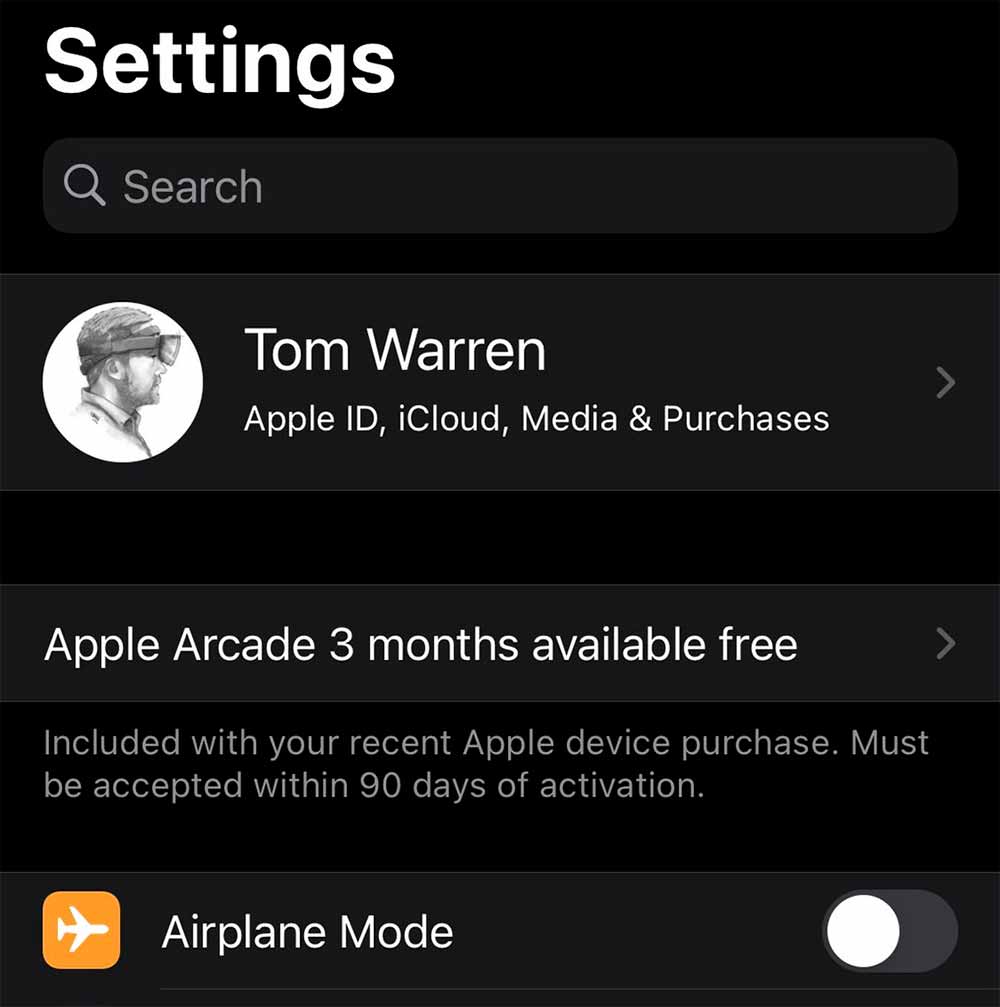 This iOS 14 “feature”, which Warren reports also affects iPadOS 14, found in the operating system settings. As you can see in the images, the links to Apple services are shown at the top of the settings, only under the user account. Thus, whenever you want to access any section of it, you will necessarily have to go through the ads. The first image, which you can see above this paragraph, and an original by Warren, shows a single ad (Apple Arcade), but the second, under this paragraph and from the Twitter user @Dewotter, shows no less than three ads (Apple Arcade, Apple TV + and AppleCare +).

As I said before, it is true that Apple has not been the first technology to add advertising to its operating systems, in this regard iOS 14 is neither a novelty nor an exception. Rather It seems that it is a trend that, sooner or later, will end up adopting practically all manufacturers. And I understand that the necessary elements will be enabled to be able to deactivate the presence of advertising content in the operating system. However, and just as it doesn’t look good on third-party operating systems, it doesn’t look good on iOS 14 either.

I understand that it is very tempting to take advantage of your user base to try to expand your relationship with them, but I believe that there are less intrusive methods to do so. And as I always say in these cases, opt-in offers less performance, but is incredibly more user-friendly than opt-out. But of course, if what matters is performance, it seems that every time we will hear the question of whether we want something before that something happens. These are not good times to be a user.

I love getting Apple ads in my phone settings 🤢 pic.twitter.com/4qTDfX5L3C