Today has been a very busy day for the South Korean giant. The Samsung Galaxy Book Odyssey has closed a very complete event in which the company has presented a total of three new ultraportables, the Galaxy Book, Galaxy Book Pro and Galaxy Book Pro 360, and positions it at a level quite far from those, since prioritize performance and gross power, offering, in return, less mobility.

Externally, the Samsung Galaxy Book Odyssey is committed to a sober and discreet design that hides its gamer spirit quite well, something that is very clear when we realize that it comes equipped with the new GeForce RTX 3050 and RTX 3050 Ti GPUs from NVIDIA, both based on the Ampere architecture and equipped with RT cores, to accelerate ray tracing, and tensor cores, to accelerate loads associated with artificial intelligence.

The Samsung Galaxy Book Odyssey is built in aluminum, has a considerable size and a weight that is higher than that of its brothers, which moves it away from the ultraportable category and places it at a level that allows us to define it as lightweight gaming laptop (deserved, since it weighs 1.85 kilograms). The build quality it has is very good, and it maintains the keyboard of the new Galaxy Book, Galaxy Book Pro and Galaxy Book Pro 360. 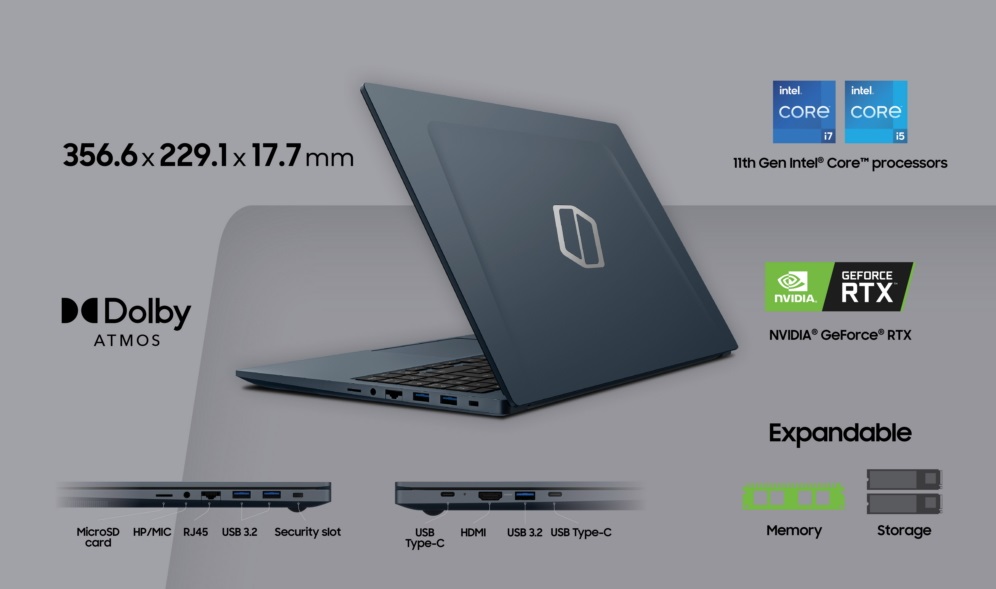 As you may have seen, the most interesting novelty that this team presents is in the use of the new GeForce RTX 3050 and RTX 3050 Ti, two models that had not been officially announced by NVIDIA, and that position within what we consider to be the mid-range. To balance performance and consumption, the Samsung Galaxy Book Odyssey uses both GPUs in its version Max-Q.

Samsung has not confirmed the official specifications of these graphics cards, but we know from previous leaks that the RTX 3050 will feature 2,304 shaders, 72 texturing units, 40 rasterization units, 72 tensor cores, 18 RT cores, 128-bit bus and 4 GB of GDDR6 memory at 14 GHz. Its performance will be similar to that of a GTX 1660.

Price and availability of the Samsung Galaxy Book Odyssey

We do not know either the launch date of the Samsung Galaxy Book Odyssey in Spain or its official sale price, but we do know that it will begin to be available internationally from August with a starting price of 1.399 dollars.

This price refers to base model, configured with an Intel Core i5 CPU, 8 GB and an RTX 3050. The storage unit should have a capacity of 512 GB in this version. Overall, the RTX 3050 will be sufficient for 1080p gaming with guarantees, and yes, it does accelerate hardware ray tracing and supports DLSS 2.0.