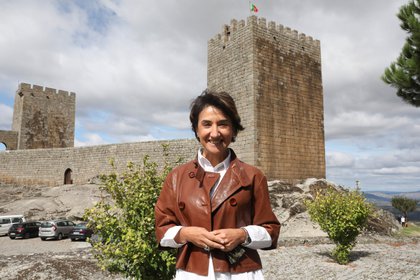 The Minister of Agriculture of Portugal, Maria do Céu Antunes. . / Carlos García / Archive

Lisbon, Jan 23 . .- The Minister of Agriculture of Portugal, Maria do Céu Antunes, has tested positive for coronavirus in recent hours and thus becomes the fourth member of the Government with the virus active, at a time when Authorities have detected the South African variant of covid for the first time.
Antunes, who is in home confinement, has no symptoms and will continue with his remote schedule, according to a statement from his cabinet, which also indicates that he discovered the positive in a test prior to traveling to Brussels to chair the Agriculture and Fisheries Council .
The Minister of Agriculture joins a list in which there are already three other ministers who have tested positive in less than ten days: the Minister of Economy, Pedro Siza Viera; that of Finance, João Leão, and that of Labor, Ana Mendes Godinho.
His infections, framed in the third wave that is leaving a record of deaths and infections in Portugal, also forced two other cabinet colleagues to keep preventive isolation, those responsible for the Environment and Sea portfolios, despite having tested negative.
It is not the first time that the virus affects the team of the prime minister, the socialist António Costa, who had a positive in October from the Minister of Science, Manuel Heitor, and in November that of Planning, Nelson de Souza, both already fully recovered.
THE SOUTH AFRICAN VARIANT ARRIVES IN PORTUGAL
The contagions of the ministers come at a difficult time for Portugal, which chains records of deaths (the last one this Friday, with 234 deaths), and has triggered infections, reporting around 14,000 for days.
The authorities attribute this growth to a large extent to the presence of the British variant, which already has a prevalence of 20% and it is estimated that it may soon represent 60%.
In this context, the presence of the South African variant of covid has just been confirmed in Portugal, which, as with the British, is more contagious.
At the moment, a single case has been detected, “a foreigner residing in Lisbon,” as one of the researchers from the Ricardo Jorge National Institute of Health revealed to local media, who is tracking the presence of new strains of coronavirus.