It will be the third final for the Colomenses in this competition after which they lost a game in 2015 to Inter in Águilas (3-0) and last season, in which they lost to Jaén Paraíso Interior in a spectacular penalty shoot-out that ended 15-14.

With live Teledeporte cameras, Levante and ElPozo will open the event at 6.30 p.m., while Industries will face Inter at 9:00 p.m. in a duel with an absolute Catalan majority in the stands of a pavilion that has nothing to do with what it was before the remodeling. 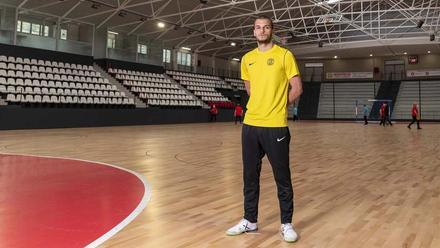 Captain David Álvarez is all quality and youth

Industries is presented as one of the revelations of the season and, after eliminating Barça in the quarterfinals (they have won the three derbies this year), they arrive with high spirits after their victory last day at Inter’s court by 0-3 with a ‘double’ from the youngest captain of the category, David Álvarez (23).

SPORT visited the Colombian team in the hours before the Final a Cuatro and he spoke with coach Javi Rodríguez and Sepe, who coincided at Barça in the 2010-11 season in which the team that Marc Carmona then led won the first edition of the Copa del Rey against Inter in a match that elevated Paco Sedano for his lethal ‘little dance’ in the penalty shootout recently imitated by the injured Miquel Feixas.

The ‘myth’ is one of the most important characters in the history of Spanish futsal and now he is elevating Industries after making history with the Hungarian Gyor ETO (he qualified for the 2018 Champions Final Four) and the Ukrainian Kherson. 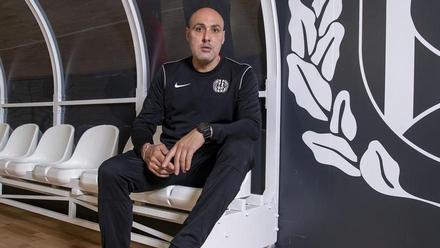 Javi Rodríguez is all ambition and illusion

“They meet all the requirements to be able to do something beautiful. If it were not for the pandemic, it could not be done here because of the capacity issue, so this opportunity has been presented to us and we have to try not to miss it. Of course you can run the same as Inter. And more! For us it is a historic event, the boys deserve it and I’m sure they will not miss it, “said the three-time Champions League champion.

“Before the game that we beat Inter I told them that it would have nothing to do with what is going to be seen here. Inter is one of the most successful clubs in the world and is used to playing this type of game, but not our players. Nobody beats illusion. Now you have to know how to play the game and go for it from the first minute as we always do “continued the ex-blaugrana, perhaps the first great figure in the section.

Javi Rodríguez is very clear about who the great benchmark of the club is, far above him or the players. “Winning the title would be at the level of what this club deserves and Vicenç García, a person who has been betting on this sport for many years, for the youth, for the quarry & mldr; It would be a nice culmination for his entire career, “he said. 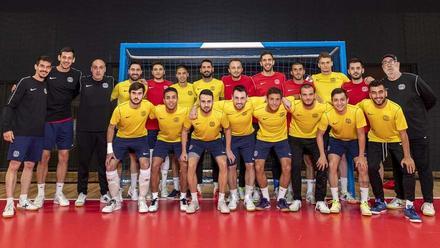 Industries does not renounce anything in this Final to Four

“The team has taken a step forward and what happened to us in the last semifinals against Jaén (they lost on penalties 15-14) instead of hurting us has helped us grow. I am extremely lucky that my team competes in every game, who is willing to die to win and that is the most important thing for me and for the team, “added Javi Rodríguez.

Sepe won it with Barça

In that Barça that won the first Copa del Rey in 2011 in Toledo there was also the Sepe, who also lifted the Spanish Cup and the League that season under Marc Carmona. He was also with Industrias in the aforementioned final cup final of 2015 and faces his third consecutive Final Four (that of 2018-19 with Aspil Vidal Ribera Navarra.

“I was lucky to be in the section when the great Barça started. I was privileged to share a dressing room with people like Javi Rodríguez himself, Torras, Wilde or Ari, who got injured and for that reason I went up to the first team. I was in Toledo on the day of Paco (Sedano) against Inter and we won that Copa del Rey that I have there in my record, “explained the closing.

“When you’re a kid from the reserve team and you’re close to the first team, your only goal is to stay and once they ask you to leave, you have to try to make a good race to go to one of the greats. I always aspire to the maximum, how to reach the second Final Four in a row of the Copa del Rey, which is a spectacular grand prize for a club like Industrias, indicated a Sepe who has six goals in the current league. 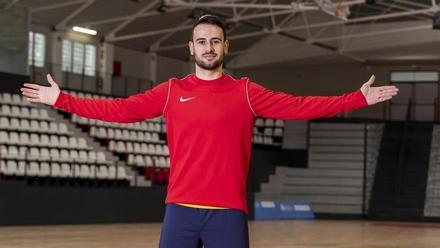 Know won the Copa del Rey in 2011 with Barça

On the 0-3 in Torrejón, Sepe ensures that everything is beating a team like Inter “is important and more on their court. It’s like sending them a message. They did everything possible to mark us and leaving a clean sheet psychologically is important. In addition, we play at home and our fans are going to push us. It’s going to be a nice game. “

“Of course you can run more than Inter and we have shown it. Winning the title would mean making history, especially for the fans, for the club, for Vicenç (García, the historic president and founder) and for the city. This club deserved for a long time to host a competition like this and now winning it is in our best dreams, “added Sepe.