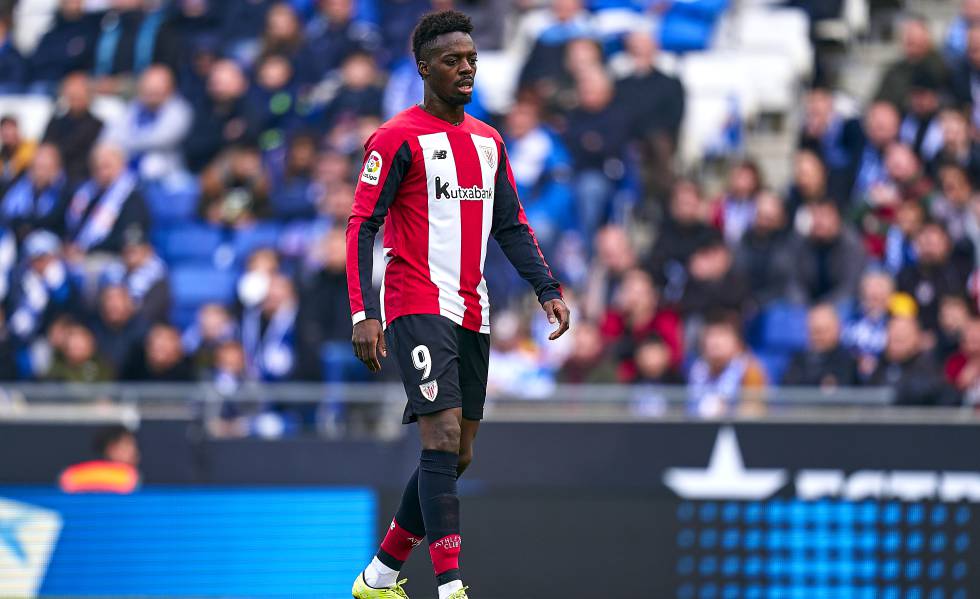 In photo, Williams gives a pass between David López and Marc Roca during Espanyol-Athletic. On video, Abelardo and Garitano analyze the match. PHOTO: GETTY / VIDEO: ATLAS

The morning started happy for Iñaki Williams at Espanyol-Athletic (1-1). After participating in Villalibre’s goal, he became bitter with Raúl de Tomás’s draw and ended in the worst way. The forward suffered racist insults at the RCDE Stadium when he was substituted. This is how he denounced it first to the microphones and then with a forceful message on social networks. “Yes, I’m a little sad because of the draw and especially because I have suffered racist insults. It’s something that no black or any race player wants to hear. It is totally out of place. We are all people, it does not matter our nationality or skin color ”, Iñaki started. And he reflected on the attitude of the fans in the fields: “People have to come to the stadium to cheer on their team, to enjoy football, a sport of friendship and a team. You don’t have to come and insult a player for being from another country or a different color ”.

“It’s been a bit of a sad day,” Williams insisted; “These events should not occur because they are out of place.” When the rojiblanco striker saw the sign with the number 9 in the 69th minute to be substituted, he left the field behind Diego López’s goal. He walked calmly until he passed the corner area. There he began to hear cries of “uh, uh, uh, uh!”, Onomatopoeia of the monkey. Williams faced the stands until an Athletic employee took him to the bench. As reported by Cadena Ser, Williams notified the captain of his team, Iker Muniain, of the situation, who reported it to the referee, Sánchez Martínez. However, he did not record the fact in the minutes of the meeting.

A study carried out by EL PAÍS on 34,200 arbitration records drawn up between 2003 and November 2019 shows that only 68 times were xenophobic insults reported by the referees. Often times, racist acts or chants are not picked up by the referees. The last First Division match in which an insult of xenophobic overtones was included in the minutes was in a Celta-Athletic match in Vigo on November 5, 2017.

“Espanyol strongly and explicitly condemns any display of racism on the football fields. The club is already investigating the incidents of a racist nature made by a few against Iñaki Williams, ”Espanyol proclaimed in a statement. It is not the first time that Iñaki has suffered racist insults in a stadium. In 2016, he suffered them in a LaLiga match against Sporting de Gijón. At that meeting, part of the bottom of the Molinón where the Ultra Boys are located, of neo-Nazi ideology, began to imitate monkey sounds directed at the Athletic striker. Williams recalled the episode in a documentary on racism broadcast by Movistar +, in which Kameni and N’Kono also participated and the racist episodes lived by Roberto Carlos, Dani Alves and the moment in which Eto’o threatened to leave the field during a Zaragoza-Barcelona in 2006.

“I didn’t realize that they were insulting me, that they were disrespecting me,” Williams said; “It was the referee who spoke to me and said: ‘Iñaki, they are insulting you, there are racist insults. I am going to stop the match so that it can be spoken over the public address system and these incidents will not be repeated throughout the match. It made a big impact on me because it was the first time it had happened to me ”. Clos Gómez stopped the game for a minute and the chants stopped. The Competition Committee chose to sanction Sporting with the partial closure of the El Molinón bleacher sector from which insults and racist chants were poured against Iñaki.

“Today we have taken a step back from the work started years ago, the violent incidents in Barcelona and Valencia, and the racist insults against Iñaki Williams do a lot of damage to all of Spanish football. LaLiga assumes its responsibility, we will look with the clubs where the error is, ”Javier Tebas, LaLiga president, published on Twitter. The only match suspended for insults in Spain was Rayo-Albacete de Segunda last December when the referee López Toca decided not to play the second half in Vallecas due to the chants of “fucking Nazi” to the Ukrainian player Roman Zozulia.

Williams has always been very active in his fight against racism. “I would like to open people’s heads. Phrases such as ‘a black man cannot play for Athletic’ or ‘that black man is not Basque’ are still heard. I am black, but I am also Basque. I was born here, I feel Basque and I want to open all the doors, ”Iñaki explained in the documentary Six Dreams in 2018. And this Saturday he added:“ We have to put an end to it together. Thanks for your support”.