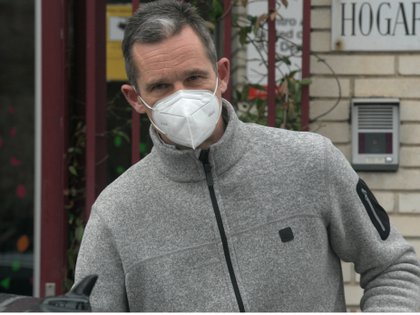 His absence from the Don Orione Home last week made us all wonder where Iñaki Urdangarín had gotten himself, a little over a month ago he achieved the third degree in prison and began to carry out his volunteer work from Monday to Friday in the center in which it helps dependent people with motor difficulties.

The answer was not long in coming. The former duke of Palma was enjoying a few days of leave outside the Alcalá de Henares Social Insertion Center, where he moved in early January, and that is why he would not go to work at the Don Orione Center for the whole week.

A few days in which Urdangarín’s whereabouts have been a mystery, although recently we saw him renovating a closet in an exclusive men’s clothing store in the company of Cristina de Borbón-Dos Sicilias, cousin of Infanta Cristina and one of the great supporters of the marriage at its worst.

However, we do not know if King Felipe’s brother-in-law has been able to spend this week with his wife – who recently returned from visiting King Juan Carlos in Abu Dhabi – and their 4 children, since, faithful to the secrecy that surrounds each of his steps, nothing is known of the place where Urdangarín has spent his days of leave.

This morning, looking rested and in a very good mood, Infanta Cristina’s husband has resumed his work duties at the Don Orione Center and, smilingly, greeted the press with a “hello, good morning, how are you? ? Thanks”. True to his discretion, however, he has avoided telling us if he has had the opportunity to enjoy himself with his family nor has he commented on the exclusive place of residence of his father-in-law in the United Arab Emirates.