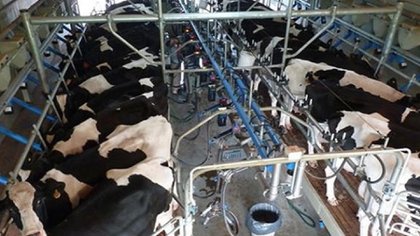 The dairy crisis is not stopping. However, this year milk production registered an increase of almost 8%

Milk production in Argentina has been in constant growth during this year, ranking as the country that increased it the most in its inter-annual comparison among the main producers worldwide, even with the impact of the pandemic and an economic crisis that worsened in the last months.

However, the drier climate that promises to last for a few months and the freezing of the price paid to the producer in a context of sharp rise in costs suggest that in 2021 there will be a drop in production.

According to a report by the Observatory of the Argentine Dairy Chain (OCLA), Argentine milk production grew 7.8% between January and September of this year, reaching 7,991 million liters compared to the same period last year and promises to close 2020 in 10,950 million liters, which would mean an increase of 5.9% year-on-year.

This growth is above 5.8% in Uruguay and 6.3% in Chile, to name a few countries in the region, and exceeds the 0.9% increase in New Zealand, 4.2% in Australia and 1 , 9% of the United States, the largest milk producers in the world.

The Executive Director of OCLA, Jorge Giraudoexplained to . that this improvement in production occurred because “Last year it was very low and that raised the price of milk to the producer. We got to have more than USD 0.30 per liter. This generated profitability and incentivized him (the producer) to produce more. With a higher income, he was able to improve the feed bought abroad and, in turn, climatically it was much better for pastures and reserves and all this contributed to the cows we have expressing their production potential ”.

On the other hand, Giraudo commented that at present he does not see the same panorama, with a drier climate, frozen prices that are paid to the producer and a context of constantly growing costs. “At this precise moment we are in a process in reverse, with a severe drought and a terrible relationship between the price of milk and grains: milk does not go up to the producer, but the price of corn and soybeans rose dramatically, which are the basic supplies in the dairy ”.

For this reason, “the great claim of the primary sector is to improve the price” paid by the industry, said Giraudo. According to the specialist, the growth in production occurred in a scenario where the producer could buy more than two kilos of corn with the equivalent of one liter of milk. Today, that parity stands at 1.3 kilos of cereal per liter. “It is no longer business to buy concentrate to increase production because it does not return it,” he argued. 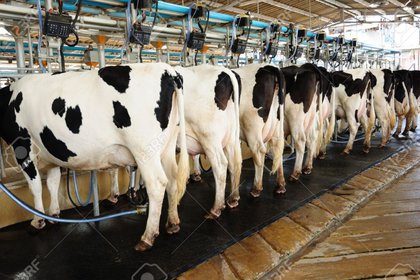 In this sense, “the industries answer that they have two very serious problems” to increase what is paid to the producer, which according to the Integrated Management System of the Argentine Dairy (SIGLEA) in October was $ 19.59 per liter. “This is because internal prices cannot be modified by the Maximum Prices and Care programs, and when we export, which will be almost a record this year with an increase of 50%, it is done with withholdings.”

“Much of the improvement in the price may come from the fact that the industry can export without export duties and could encourage a sector that needs to improve prices, because everything that is more today, you have less this year that is coming, ”he explained.

Under this panorama he sentenced: “With a dry already installed and when they want to buy food they can buy almost half of what they bought last year, adding that now we are going to the seasonal cycle of minimum, production will drop very strongly if there is no improvement in the condition of price”.

The productive sector has been complaining about this situation for a long time and emphasizing two central issues: the price paid in the dairy and the increase in costs. This time it was the turn of producers from the Buenos Aires district of Trenque Lauquen, who released the numbers that afflict them and requested the removal of withholdings on dairy exports that would generate a rise in values, remarking that the domestic supply “is assured” .

The vice president of the Rural Society of the aforementioned city, Ignacio Kovarsky, assured . what the sector had “a great loss of purchasing power in the dairy, with the increase in costs. 70% of our expenses are dollarized, from the rents of the fields, to food and machinery. With the successive devaluations that have been taking place every month, plus the rise in soybeans and corn, we have had a great impact on purchasing power ”.

To repair this situation, Kovarsky indicated that an urgent action is the removal of withholdings on exports, which “will allow us a greater capture of prices”, as well as stated that “in the long term, a competitive and transparent market can be built let it tilt the field a bit, because today everything is on the side of the industry and the supermarkets ”.

“We are in a very difficult situation. We always say that this is one of the productions that produces the most roots, that it provides labor and year after year we have been losing dairy farms in a desperate way. They have to take the leg out of our heads, take out the withholdings and see what kind of tax help can be given to the dairy farm because it falls apart. The situation is untenable ”, he concluded.

Tandil: there is uncertainty among producers due to the judicial prohibition of using phytosanitary products

Adriana Chiaverano revealed the ordeal she has lived since March 15, when her youngest daughter, Pilar Riesco, who was 21 years old, fell from the balcony of her boyfriend’s apartment – the main suspect according to her – in Nueva Pompeya. “I do not believe in this Justice,” he said forcefully in an interview with .

Adriana Chiaverano revealed the ordeal she has lived since March 15, when her youngest daughter, Pilar Riesco, who was 21 years old, fell from the balcony of her boyfriend’s apartment – the main suspect according to her – in Nueva Pompeya. “I do not believe in this Justice,” he said forcefully in an interview with .