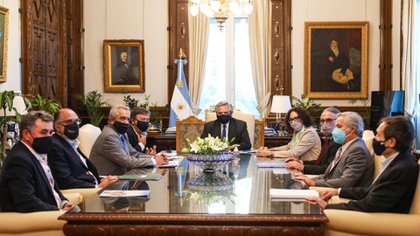 The last meeting of Alberto Fernández with the Liaison Table

The relationship between the countryside and the national government does not stop showing edges and problems that pose a latent conflict in the barely 50 days that elapsed of the year. If the Executive’s clashes with the sector made clear something, especially with the Liaison Table, it is the lack of a clear message.

The threats to increase withholdings or impose export quotas were signaled not only because the government brandished failed recipes, but also because they showed the different intensities and speeches when blaming the countryside for food inflation, exposing internal differences of the government, beyond the fact that Alberto Fernández has been the one who sought to intimidate the field and then desist from the measures transmitted through the media.

These comings and goings pose to the field a problem of unpredictability regarding the policies that it will carry out or which part of the internal will be imposed when making decisions that could affect agriculture. Although the entities are betting on dialogue with the “moderate” part of the ruling party, they discard an approach with the hardest part. These differences are also observed within the Liaison Board, as was well stated when organizing the first marketing stop of the year, in which Coninagro decided not to join, considering that the dialogue was not yet exhausted.

All this occurs in the context of the first serious changes that occurred in the Ministry of Agriculture, Livestock and Fisheries that leads Luis Basterra. On Friday night, in the midst of the news whirlwind due to the “VIP vaccines” scandal, the agricultural ministry announced the replacement of the Secretary of Agriculture, Livestock and Fisheries, Julian Echazarreta, and the National Director of Agricultural Commercial Control, Marcelo Rossi. These positions will be filled by the federated and former deputy of the Renovation Front, Jorge Solmi, and by the former vicentin deputy inspector, Luciano Zarich.

The changes in the ministry take place in moments of crossings between the Government and the field due to the increase in the price of food. An issue that led to a meeting between Alberto Fernández and the Mesa de Enlace, where the president promised not to raise withholdings or intervene in the markets, as happened weeks ago when the Ministry of Agriculture announced the closure of corn exports. A measure that left without effect, after confirming that there was corn to supply the domestic market until the new cereal harvest entered.

To all this is added what happened in recent days with the criticisms that emerged of the Liaison Table from a sector of the workers of the National Institute of Agricultural Technology (INTA) who support the Frente de Todos and to which the new secretary joined general of the Uatre union, José Voytenco, from Chaco, who intends to exclude from the directory of the National Registry of Rural Workers (RENATRE) the representatives of the four entities of agricultural producers.

. He consulted the authorities of the Liaison Table about the intricate relationship they have with the Government. For the president of the Argentine Rural Confederations (CRA), Jorge Chemes, what is to come “is not easy, especially since there is an intern within the Government that is clearer every day.” 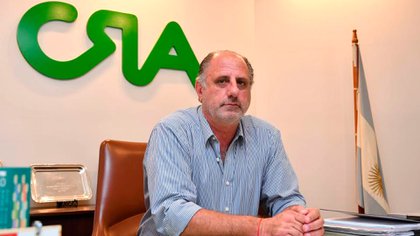 The head of one of the most combative entities and reluctant to the Government, expressed that “It is not easy to move in a field where conflict is the order of the day. You can see that there is a more moderate sector and a tougher one, but it continues to generate mistrust and uncertainty and these things do not favor investment growth. It is very difficult in this way to generate predictability ”.

Chemes takes for granted that there will be new projects “that affect production” such as the Fire or Wetlands Law, but above all, he considers that “There is a very clear and manifest position of attacking and searching the field as an enemy and these decisions will show this throughout the year. The field becomes the sector with which it has to confront in an electoral year ”.

For Chemes, although there is dialogue with the “moderate party”, it is not very fruitful although at first glance it is the only sector that is possible to have it since “we do not try and we do not believe that it is possible to approach the hard part. Nor do we consider that it is necessary before the epithets and the manifestations that they express towards us. I think there is not much to talk about, because they are on the other side of the situation, with totally different ideas ”.

For the president of the Argentine Agrarian Federation (FAA), Carlos Achetoni, in the governing coalition there are “different components due to its coalition nature, but I never thought it would be so diverse. In any case, they will have to be amalgamated. I think that beyond the harsh or dialogue positions, what they have to look for, more in an electoral year, is the rapprochement and not the clashes with the different sectors, less against the countryside ”. 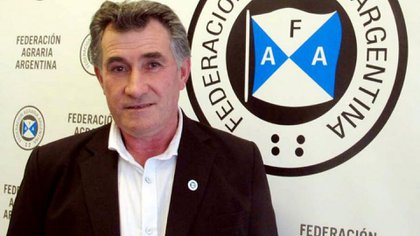 Likewise, the FAA head warned that during this year the Liaison Board will be “attentive to any project that may be detrimental to the sector and also pressuring others” and remarked that “although dialogue is fluid with the Government and with Anyone who wants to dialogue, we do not have to convince with more situations than the truth. The nuclei are harder or softer, they have to listen and the truth is irrefutable ”.

When asked about the appointment of Solmi as head of the Ministry of Agriculture, Livestock and Fisheries, Achetoni said he did not know the reasons why the changes had occurred, although he considered that as a member and manager of the FAA, Solmi “knows about the problems and what we are going to talk about when making claims. I hope to have the arrival and the logical understanding. As for Zarich, the person before him was very forthcoming. I have no knowledge of the reason for the change ”.

Coninagro is by far the entity that most seeks to keep open all possible channels of dialogue with the Government, or at least to avoid until the last instance the confrontation or the measures of force that could complicate the relationship with the Executive much more. Thus it was that it did not adhere to the cease of commercialization ordered by the other entities of the Liaison Table when corn exports were closed, considering that the dialogue was not exhausted and that the situation was not ready for confrontation.

The president of the entity, Carlos Iannizzotto, He highlighted the points of encounter more than those of disagreement. Rmarked as “a very important step that the integration of the Economic and Social Council has been taken, which is an invitation that is part of the meeting that the Liaison Table had with the President, Luis Basterra and Cecilia Todesca. We have continued talking, establishing alternatives for dialogue, areas of coexistence, jointly seeking the issue of prices ”. 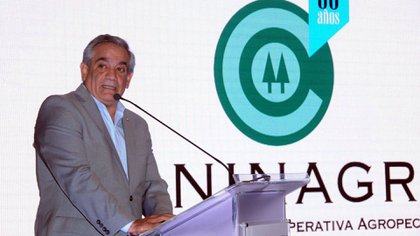 For Iannizzotto, “Today is a time for both the Government and the productive and agroindustrial sectors with the Agroindustrial Council, in which a phase of exchange, enrichment and strategic policies opens. Hope we can keep it. On the part of Coninagro, we have assumed it this way from the moment we do not participate in the strike, having a vision that without agreement, dialogue, proposal or content it is difficult for Argentina to get out of poverty.

As a second axis, he asked to put aside the dichotomy between internal and external market by assuring that “we must export a lot and also take care of the family basket, while the third axis, where Coninagro is strongly committed, is to detoxify Argentina of an ideology that hinders, puts on brakes and loses objectivity. There has to be a transparent and responsible attitude from both the private sector and the State, so that it stops having a collection perspective to have a common perspective ”.

Economic and Social Council: the field maintained that it is an opportunity to deepen the dialogue with the Government and demanded measures to combat poverty