Home>U.S.>In NY they accelerate and review plans in the face of the mental health pandemic that further complicates COVID-19

Depression, anxiety, substance abuse, suicidal ideation, and a host of mental health problems were already “common guests” in New York City. Now, after a year of pandemic and economic devastation, it is not difficult to infer that these clinical pictures multiply exponentially and therefore elected leaders begin to press for the City to offer more aid services, particularly to the communities of color, in the poorest neighborhoods.

This Tuesday, the Brooklyn Councilor Farah Louis, chairman of the New York City Council’s Mental Health and Addictions Commission led a virtual session to oversee the Big Apple’s plans to address the other collateral damage of this crisis.

“It is not news that most healthcare providers they do not accept public insurance such as Medicare to treat clinical pictures related to mental health. That dynamic moves thousands of New Yorkers away from life-saving opportunities for comprehensive services. Hispanic and African American communities living in a desert. With the pandemic crisis, it is time to ask ourselves how we are acting as a City ”, stressed Louis.

Official data highlights that one in five Hispanics residents in New York do not have medical insurance to attend to mental pathologies or emotional problems, but in addition the Latino cultural resistance to seek timely attention in these cases. 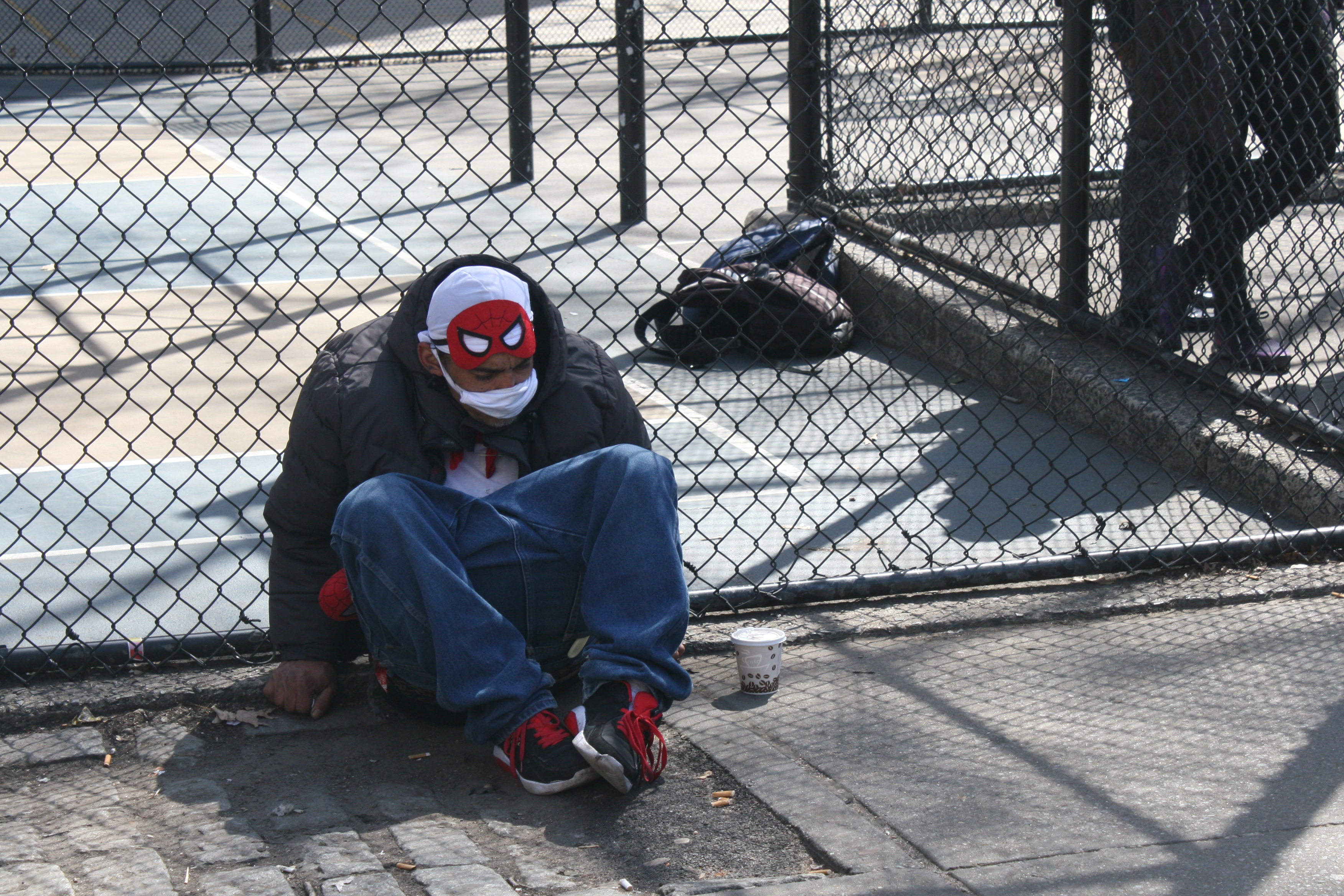 “We do not see anything concrete”

In this review session, the Ombudsman, Jumaane Williams who was categorical in ensuring that the attention in this “Mental health tragedy“Is not in the right direction. He demanded that now that budget analyzes are being carried out, these imbalances must be resolved.

“It does not require further analysis to explain that we have thousands of mentally ill people on the streets and in our neighborhoods without the availability of social services. 42 percent of Latinos and 39 percent of black New Yorkers reported symptoms of anxiety or depression in October 2020 in New York, ”Williams said.

He added that it is difficult for people of color to deal with the constant threat of the virus, stable job opportunities, rising costs and so many other concerns.

The mental health crisis “Burned” even more the city Due to the pandemic, it is defined at this moment by experts as a kind of monster with a thousand heads. The most visible face are the hundreds of people who roam the streets.

During the last weeks the spaces of the Subway have registered a series of violent situations starring homeless who spend the night in that system. And they have as a common point that they suffer from complex mental health conditions.

Pushing the rails, verbal assaults and even murders in the transportation system have been headlines, without pause, in the New York press.

In mid-February an event showed the highest peak of the severity of the other pandemic, with which the Big Apple is dealing: two homeless people were killed with a knife and two others were seriously injured, by the same suspect with psychiatric history in less than 14 hours, on the Subway A train line in Upper Manhattan.

Coalitions that defend the rights of the “homeless” questioned the little answer to the underlying problem and they continue to question the reaction of the City authorities to only send more police.

The Homeless People Alliance issued a statement in which it stated that “while New Yorkers seek responses to the root of this tragedy, and the City has announced the deployment of troops in the metro system, we must ask ourselves if the previous responses of greater police presence have worked ”.

In the public letter of this organization, the presence of professionals trained in mental health to support people with chronic mental health needs and are homeless. 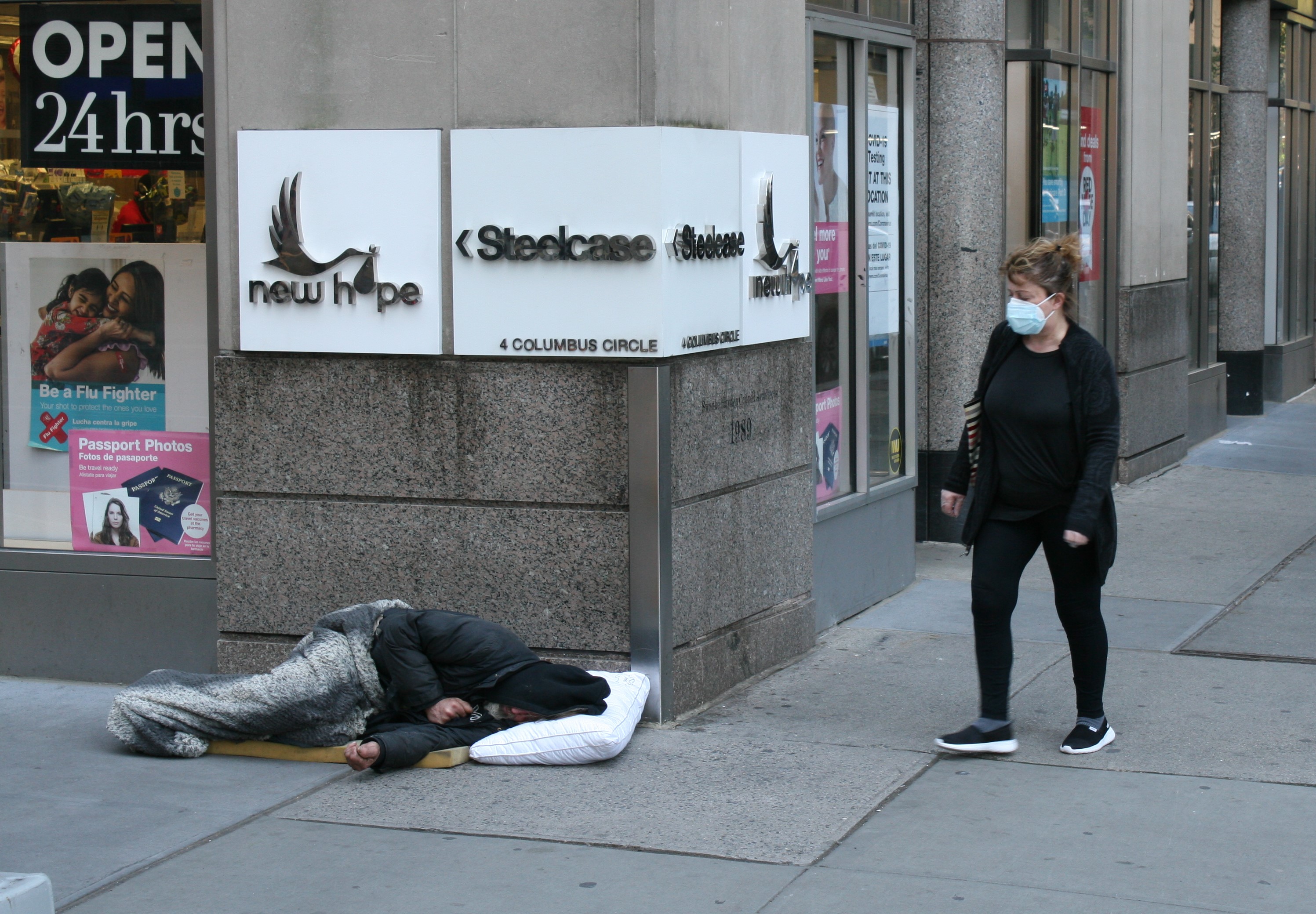 Every corner of the Big Apple tells of the abysmal drama of extreme mental health problems. (Photo: F. Martínez)

But beyond the obvious problem, in almost every block of the skyscraper city, especially in downtown Manhattan, the commission led by Councilwoman Louis, warns that it is time to put thousands of New Yorkers on the table than in the last year have been subjected to financial stress and grief of having lost one or more family members due to COVID-19.

“All the diagnoses are clear in our city. We already know who is disproportionately suffering this double public health crisis. Not counting the people who are also involved in the criminal justice system. The other problem is the limited resources in other languages ​​such as Spanish or Mandarin “the local legislator reasoned.

At the hearing with the local legislators he appeared Susan herman, who directs the Mayor’s Office of ThriveNYC, a program created in early 2019 to provide services for New Yorkers with serious mental health needs, through mobile intervention and treatment teams to improve care in connection with community leaders.

The official defended ‘swashbuckling’ the advances of the Municipal Administration in creating critical resources for an epidemic that is not new in the Big Apple.

“We have a sustained presence in 33 vulnerable neighborhoods from the city. Programs are available in 400 schools to promote the mental health of younger New Yorkers, remove barriers to care, and reach those most in need. And also strengthen the crisis prevention and response “Hermann argued.

The official told council members that ‘Thrive NYC’ continues to design its programs in response to the thousands of New Yorkers who they speak in the communities about your needs.

“We are redoubling our efforts to partner to improve how and where we work”, He concluded.

For its part, the New York State Office of Mental Health (OMH) announced this week a new campaign in partnership with non-profit organizations to help New Yorkers better understand mental health problems and the services available.

The awareness campaign was one of the commission’s recommendations ‘Reimagining New York’ from Governor Andrew Cuomo, who is exploring ways to make New Yorkers “stronger and more resilient” in the wake of the COVID-19 pandemic.

One of the main objectives of the Commission is to improve access to healthcare, including mental health services.

This initiative encourages partner organizations to communicate with their legislators, officials and others in your network with educational materials developed by OMH, including brochures, posters, infographics, and social media content.

The Dr. Ann Sullivan, OMH Commissioner, estimates that they will reach people who have been particularly affected and overwhelmed by the COVID-19 pandemic.

“We hope to change the dialogue on mental health, fight outdated stigmas and educating people in this matter is as important as physical health. And that there is absolutely no shame or weakness in seeking advice. “

Some of the educational materials available are directed at specific vulnerable groups that have been particularly affected by the COVID-19 virus, including communities toAfrican American and Hispanic, older New Yorkers and those who live in rural regions of the state.

The difficulties of Latinos

Max hadler, Director of Health Policy for the New York Immigration Coalition, explained that many New Yorkers are struggling with the impact of the pandemic on their families and livelihoods.

“That is why it is essential that we do all we can to support immigrant communities with language and mental health services. culturally receptive“Estimated the activist.

Crisis response options, such as the state’s ‘Project Hope’ emotional support hotline, are important access points to obtain immediate help and they will lay the foundation for New York’s recovery.

“We look forward to building on this vital effort and ensuring that all New Yorkers have access to ongoing and affordable mental health care and coverage, regardless of your immigration statusHadler pointed out.

Likewise, Frankie Miranda, president and CEO of the ‘Hispanic Federation’, said that the pandemic will have a lasting impact on the mental health of New Yorkers, particularly in communities of color that were hit the hardest by disease, death, and economic loss.

“With the difficulties that Latinos already faced to access health care, it is critical that the state take a proactive approach to providing the necessary mental health care by working with community organizations, ”he concluded.

You feel bad? Get help!

The NYC Well Helpline is where you can get a confidential and free care of your mental health. Dial 1-888-6929355 and have access to the help services provided by the City. These include the assistance of counselors and specialists who provide counseling and information on mental health crisis, and offer referrals to ongoing services, regardless of whether or not the person has health insurance and immigration status. It offers services in more than 200 languages, 24 hours a day, 365 days a year. The Suicide Prevention Line is available for free at 1-800-273-8255
You can call the NY State Mental Health Support Line ‘Project Hope Emotional’ 1-844-863-9314
New York State has partnered with ‘Crisis Text Line ‘, an anonymous text messaging service available 24/7. Starting a conversation is easy. I sent a text message with GOT5 to 741741.
The 24/7 Gambling and Substance Addiction Hotline. For help and hope, call 1-877-8-HOPENY or send a text message with HOPENY.

The Hispanics report higher rates of depression (12%) than white New Yorkers (8%). However, white New Yorkers with depression, to name just one disorder, are more likely to receive treatment, according to figures from the New York City Department of Health and Mental Hygiene (DOHMH).