The wait is over: Skoda has finally revealed all the details of the fourth generation of the Skoda Fabia, its utility model, which arrives completely renewed with a more attractive and elaborate design, a much more modern interior and an unprecedented technological load in the Czech model. What hides the new generation of Skoda Fabia? We analyze it in four keys.

With more than 4.5 million units sold since it was launched on the market in 1999, the Skoda Fabia It is a basic model, fundamental for Skoda. In fact, it is the second best-selling Skoda in history, only surpassed by the versatile Skoda Octavia. That is why the people of the Czech firm have taken their time when it comes to thoroughly updating the Skoda Fabia, that arrives -in the next few months- loaded with new features that make it one of the most interesting utilities of the moment.

It is no wonder: segment B is in full swing, with very high-level launches. Thus, the new Skoda Fabia will have to do with models such as the Peugeot 208, the Volkswagen Polo or the SEAT Ibiza.

The design of the new Skoda Fabia is much more attractive

Skoda has completely renewed the Skoda Fabia: the fourth edition of the urban does not share a single piece with its predecessor, although it is clear that, at a glance, we can qualify the aesthetic renewal of the Skoda Fabia as “evolution”, much less “revolution“The strokes are now rounder, more” friendly “even depending on the angle from which we look at it. 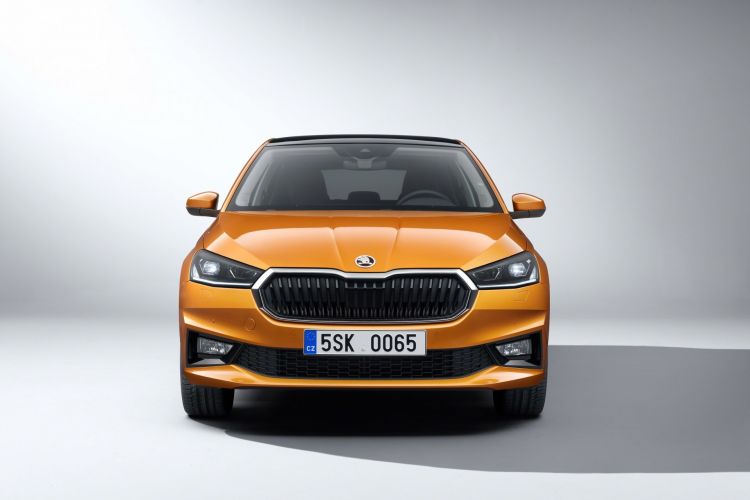 The Grill is bigger and the sharper headlights, more in the “Skoda Octavia style”, while if we look at the side we find muscular lines, with a higher waist, a sensation that is reinforced thanks to a glazed surface that in this new generation “moves” more fluidly.

On the back, meanwhile, the Skoda Fabia 2021 adopts a light group much more similar to those of the last Skoda, so that for the first time the Fabia will have drivers split between the wing and the boot lid. The new Fabia now measures 4.11 meters, 11 cm more than before, also having a greater distance between axes of 2.56 meters, growing 9 cm in this measure. The Fabia will be able to install for the first time lwheels up to 18 inches. 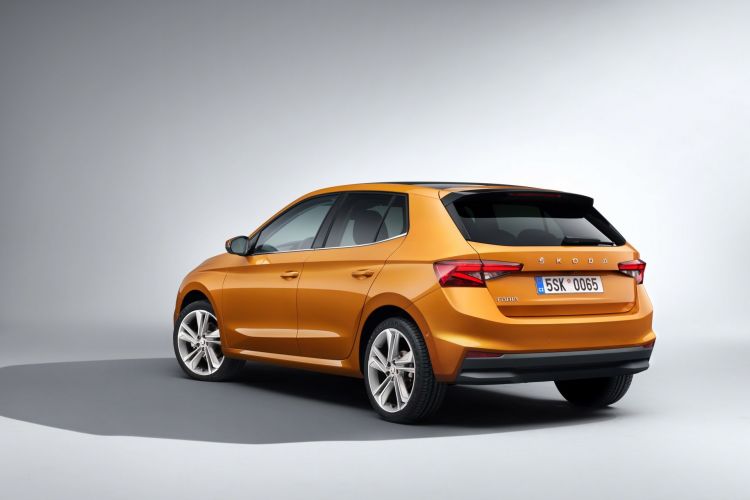 A revolutionary interior for the Skoda Fabia

If we have said before that the bodywork of the Fabia can be described as “evolution”; Inside, we can affirm, without fear of being wrong, that we are facing a great “revolution”. Goodbye to the straight lines, the almost “squared” surfaces and the serious and formal lines of its predecessors. The new Skoda Fabia thus adopts a much more modern dashboard, more in line with models like the new Skoda Octaviyear, in keeping with the truth, very similar to the one that has just been released by the updated SEAT Ibiza.

So that, Skoda now plays with a dashboard in two levels, with a top plate with an apparently padded and “textured” surface and a middle part with decorative textile-type moldings that provide an extra warmth to the whole. The Colour now plays a fundamental role, with decorative moldings of different shades on the dashboard and doors. 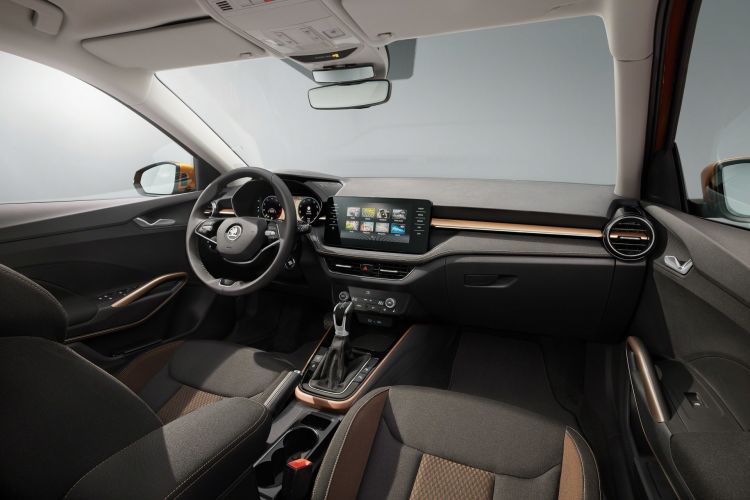 Modernity is evident, with elements like a new infotainment display up to 8 inches situated much higher than until now, interacting with a digital instrumentation that until now the Fabia had never installed. However, Skoda has decided to keep certain controls – such as those of the air conditioning system – in physical format, a decision that we applaud from here.

The Skoda Fabia can also install a gigantic panoramic glass roof which further increases the feeling of spaciousness of an already very spacious interior, because eye on the boot capacity of the new Skoda utility: nothing more and nothing less than 380 liters, the same capacity as a whole Volkswagen Golf. 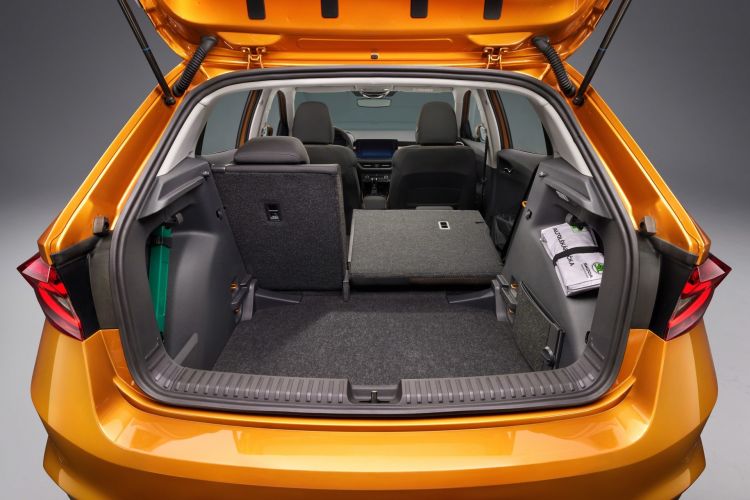 The most technological Skoda Fabia

Skoda has decided to equip the Skoda Fabia with a very generous technological load. In this way, the fourth generation of the Czech urban will equip, as standard, LED lighting both front and rear, although you can opt for a more elaborate and advanced lighting. In addition, thanks to the adoption of the modular platform MQB-A0, the Fabia will be able to leave the factory “set” with systems and safety assistants.

Among them, there will be, for example, the high beam assistants, the system Lane Assist Lane Keeping System, Front Assist Emergency Braking System or Parking Assist System Park Assist. Many of them, in addition, can be included in the Travel Assist so that the Skoda Fabia can behave in a “semi-autonomous” way in certain driving scenarios such as expressways.

The fourth generation Skoda Fabia will offer six airbags as standard, although optionally it will be possible to equip, for adults, a knee airbag for driver and side airbag for rear occupants. 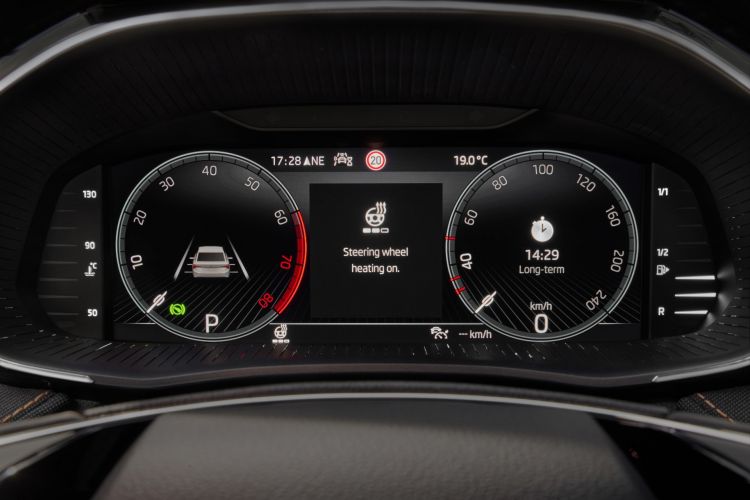 The four cylinders return to the Skoda Fabia

The range of engines of the Skoda Fabia will be made up of blocks only of gasoline of three and – again – of four cylinders. Thus, all engines being part of the EVO families, The Skoda Fabia will offer as an access engine a 1.0 MPI with 65 and 80 CV, associated with a 5-speed manual gearbox. 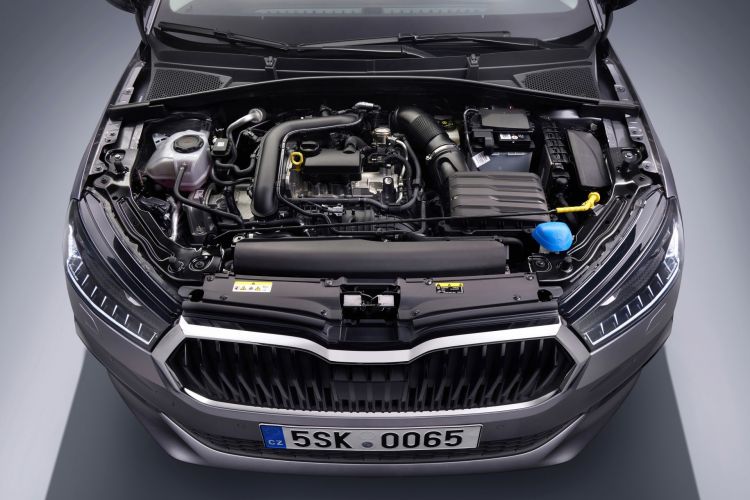 The top of the range corresponds to the block 1.5 TSI of 150 CV with cylinder deactivation, only available with a 7-speed automatic gearbox -also DSG- with which the Skoda Fabia manages to sign some outstanding performance, with an acceleration from 0 to 100 km / h in less than 8 seconds. Of course, there will be no type of hybridization in the range, so tAll Skoda Fabia that arrive in our country will have the DGT label C.